What Is Erythritol and Is It Keto Friendly? 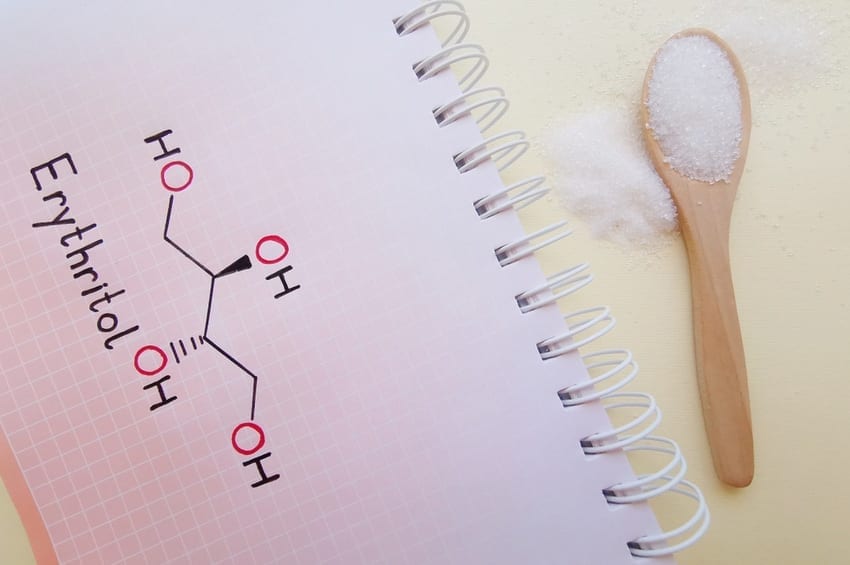 The keto diet restricts high-carb sweeteners, requiring sugar alternatives for anyone who wants to satisfy a sweet tooth. Erythritol is a sugar alcohol that has become popular on the keto diet. But is it truly keto-friendly, and how does it impact blood sugar levels?

There are many types of sugar alcohols, with erythritol being a favorite. Not only does it contain just six percent of the calories compared to real sugar but it tastes like the real thing. Low calorie and low carb, it is produced by fermenting grain products, typically corn or wheat.

Erythritol is convenient for those seeking sugar alternatives because it measures one-for-one when replacing sugar in recipes. It is crystallized and convenient, compared to other sugar replacements like stevia, which might be liquid or required in drastically different quantities.

While xylitol, another sugar alcohol, does mildly raise glucose levels, erythritol does not. It doesn’t increase insulin levels, either. Research also found that when people ate real sugar versus erythritol, there was not a noticeable drop in satiety, so your body doesn’t know it got tricked into eating something ultra-low-carb. (1)

Erythritol doesn’t fully metabolize in the digestive tract, either. Even though it contains a small number of calories, they don’t really count since the body can’t break them down and take them in. (2)

Are There Concerns with Erythritol and Weight?

Because erythritol does not increase glucose or insulin levels, it is popular among people with diabetes or who are seeking to lose weight. It has also been widely used in the keto world because it is low in carbs.

For many, erythritol works without side effects, especially when compared to other sugar alcohols. Xylitol can cause bloating, gas, or digestive discomfort. Erythritol doesn’t get metabolized in the gut and primarily gets absorbed into the bloodstream—which is why it leads to fewer gastrointestinal symptoms.

While erythritol is largely safe and causes little digestive discomfort, there are a few downsides.

Overall, erythritol seems safe to use with a keto diet, but as with most things, moderation could be essential to avoid undesired side effects.