Keto and Paleo: What’s the Difference? 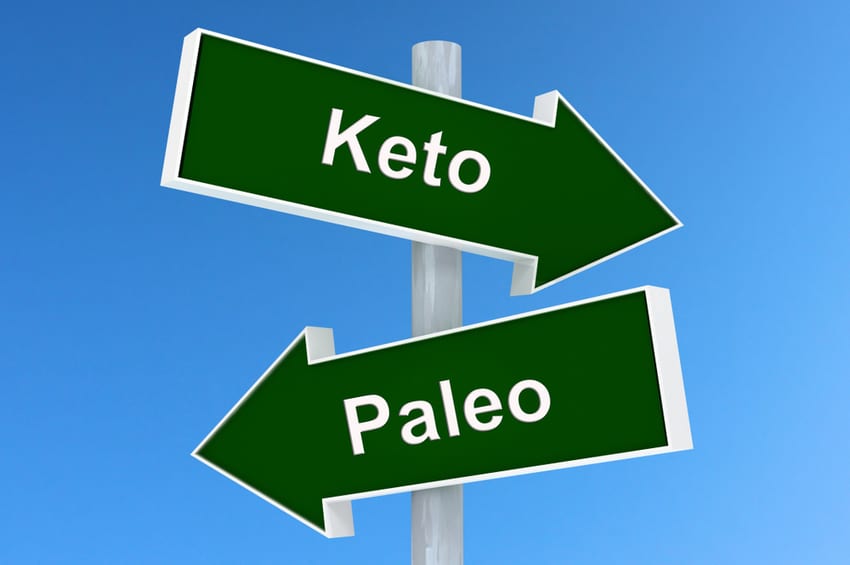 Wondering if your plate is more paleo or keto? Both diets can be very nutrient-dense, but paleo allows for more carbohydrates. As a result, the low-carb and high-fat qualities of keto – but not paleo – can get your body into the fat-burning state of ketosis.

One of the key differences between keto and paleo are the macronutrients. The ketogenic diet places a large emphasis on increasing fat intake to around 60-75% of total daily calories, with protein being around 20%, and carbohydrates being equal to or less than 5% of the daily total. The paleo diet places more emphasis on the specific foods consumed, rather than just limiting carbohydrates. The paleo diet eliminates all grains, dairy, legumes, and processed sugars. This contrasts with the ketogenic diet which technically only requires carb intake to be low (although this is not the well-formulated approach). While the paleo diet allows for foods like sweet potatoes and fruits that are not allowed on the ketogenic diet, keto allows for more processed, pre-packaged foods that are not allowed on paleo.

Keto and paleo may be different diets but, they also overlap in many aspects. A well-formulated ketogenic diet often mimics the paleo diet. Typical foods that fall into both of these categories are leafy greens, healthy fats, and fish. 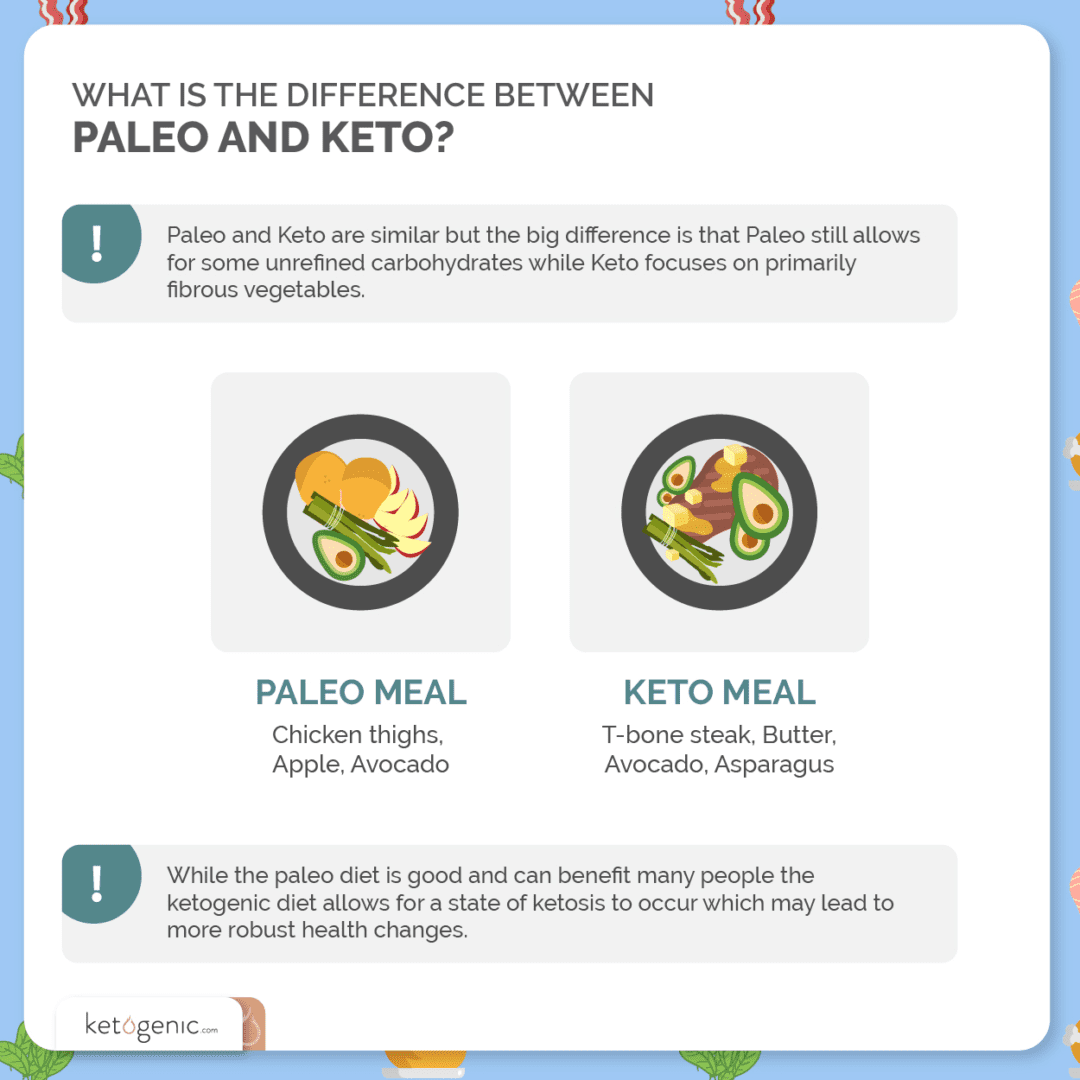