New Research: The Link Between the Ketogenic Diet and Ketoacidosis 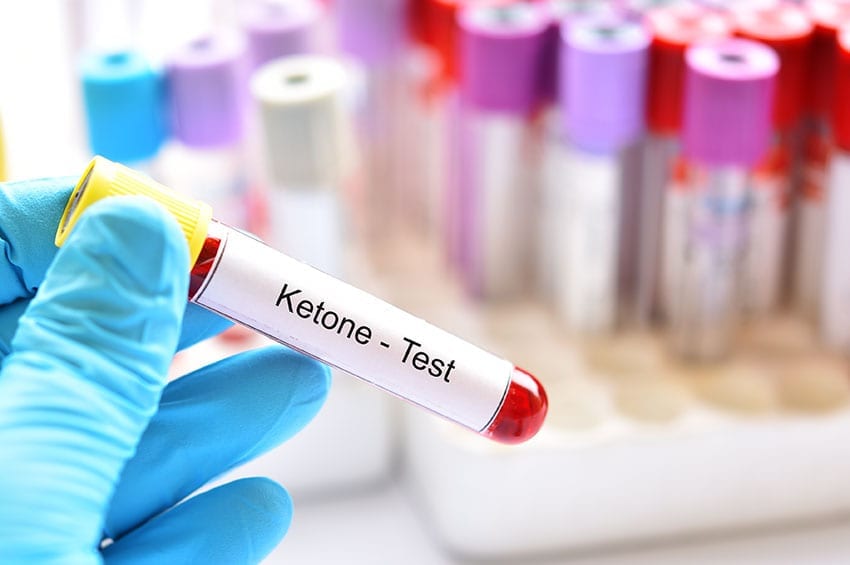 Clinicians and concerned family members alike may cringe at the idea that you are considering (or already follow) a ketogenic diet. After all, how can bacon and butter be good for you? Don’t you risk developing ketoacidosis, which is potentially fatal?

This is one of the most common misconceptions about the ketogenic diet. Metabolic ketoacidosis is the result of high blood ketone levels due to an underlying condition. This means that a normal, healthy individual will not become acidotic by going keto.

Type I diabetics are the primary victims of ketoacidosis, which is why the condition is often called diabetic ketoacidosis (DKA). In type 1 diabetes mellitus, autoimmune destruction of pancreatic beta-islet cells leads to a reduction in insulin secretion. Cells require a fuel source (normally glucose) to function and insulin acts as a key that allows glucose to enter cells. Type 1 diabetics, however, secrete little-to-no insulin.

Low insulin levels can lead to low glucose within the cells and cause cellular starvation. Glucagon (a hormone that functions as an antagonist of insulin) is secreted when glucose levels are low. It acts on the liver, leading to the conversion of glycogen into glucose. This conversion can cause hyperglycemia (increased blood glucose) because, without insulin, glucose cannot enter the cells. This phenomenon is often referred to as “starvation in the face of plenty”.

Ketone bodies are produced as an alternative fuel source through the breakdown of fats. In diabetic patients, this can happen too rapidly and in too high of quantities, which can lead to the blood becoming acidic (due to the inherently low pH of ketone bodies). Again, the amount of ketones needed to produce these effects are much larger than what is produced in a non-diabetic individual.

A New Study Backs Up This Claim

A case study published in the January 2020 issue of Seizure- The Official Journal of Epilepsy Action highlights specific genetic variants responsible for a rare case of metabolic acidosis on a ketogenic diet.

In this case study, however, a patient was identified to have a loss-of-function SLC16A1 variant that leads to the development of severe metabolic acidosis while following a ketogenic diet to treat her drug-resistant epilepsy. [1]

The SLC16A1 (OMIM 600682) gene encodes monocarboxylate transporter-1 (MCT), which is responsible for transporting ketone bodies. Since this was a loss-of-function mutation, the patient was unable to transport ketone bodies, which led to large quantities in the blood, and thus ketoacidosis.

What Does This Study Mean?

This paper further illustrates the idea that a normal, healthy individual (without a specific underlying condition like type 1 diabetes or a genetic mutation) cannot develop ketoacidosis by following a ketogenic diet.