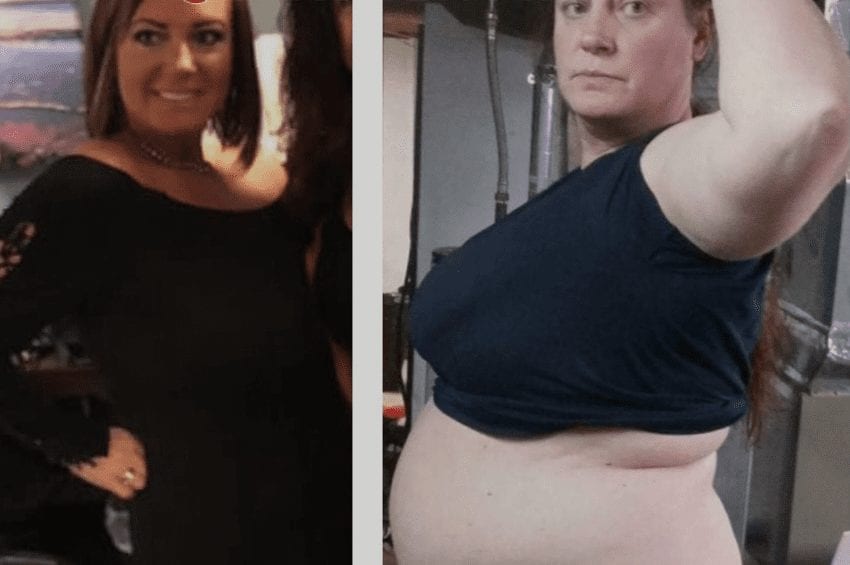 Living a ketogenic lifestyle for the last three years has changed my life. Literally, I would most likely be dead if it weren’t for discovering this way of eating. At the point where I found keto, I thought I was beyond hope. All my life I had lived with a severe eating disorder. At age 11, I binged and purged for the first time. At that time, I was not aware that there was a name for what I did. I thought I had discovered an amazing way to eat as much as I wanted and not get fat. Five years of that secret behavior passed before my parents became aware. By that point, I was deeply entrenched in the addictive behavior. So, at age 16, I was immersed in therapy, hospitals, medications, etc. I have to say, my parents tried; they wanted to learn all they could and sent me everywhere that they thought I could possibly get help, regardless of cost or distance. Each time I emerged from treatment, I was “food sober” for a brief amount of time. However, I always returned to my eating disorder, which grew increasingly worse over the years. I had some really tough periods with anorexia, followed by periods of intense binge eating. My weight fluctuated drastically. I always relapsed to bulimia between the extremes, which allowed me to maintain a “normal” weight much of the time. 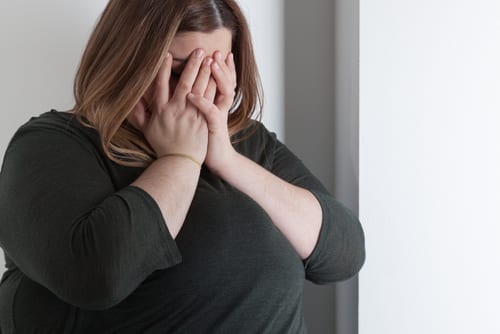 Over the years, I had too many therapists and took too many medications to remember them all. There were many hospital stays. I tried everything to get free from my terrible compulsion. Nothing worked. I also tried every diet—all of them. From egg fasts and the cabbage soup diet to SlimFast, Nutriystem, Jenny Craig, Atkins, and Weight Watchers. I even did a 60-day juice-only fast, injected myself with hCG (human chorionic gonadotropin), consumed only 500 calories per day, and used phentermine and handfuls of laxatives to try to control my weight and appetite. I discovered that I was REALLY good at losing weight; I was even better at gaining it back. Every time, I rebounded and was in worse shape than when I started. Deep depression also played a role. The loneliness and isolation of binge eating and secret purging created so much shame. I felt like a fraud all the time. People thought I had it together, but I was a wreck behind closed doors.

Finally, I crashed. I could no longer keep up the act. I walked away from an amazing job with no real plan. I just could not do it anymore. This was the darkest time of my life. I was suicidal, and my medications no longer worked. I went as far as having electric shock therapy (electroconvulsive therapy) 12 times, only resulting in brain damage with major, permanent memory loss. I became even more depressed. I gave up on life. To almost the entire world, I ceased to exist. I disconnected from all social media. I stayed inside at one point for five months straight… I don’t simply mean I didn’t go out much; I did not even walk outside to feel the sunlight on my face. My only comfort was food, constantly bingeing and purging all day, every day. I didn’t drive for five years. Since I wasn’t in the public eye anymore, I lost control of my weight and found myself at 309 pounds. I decided that this was my fate, and my life was over. This is how I would die—I was even okay with that. 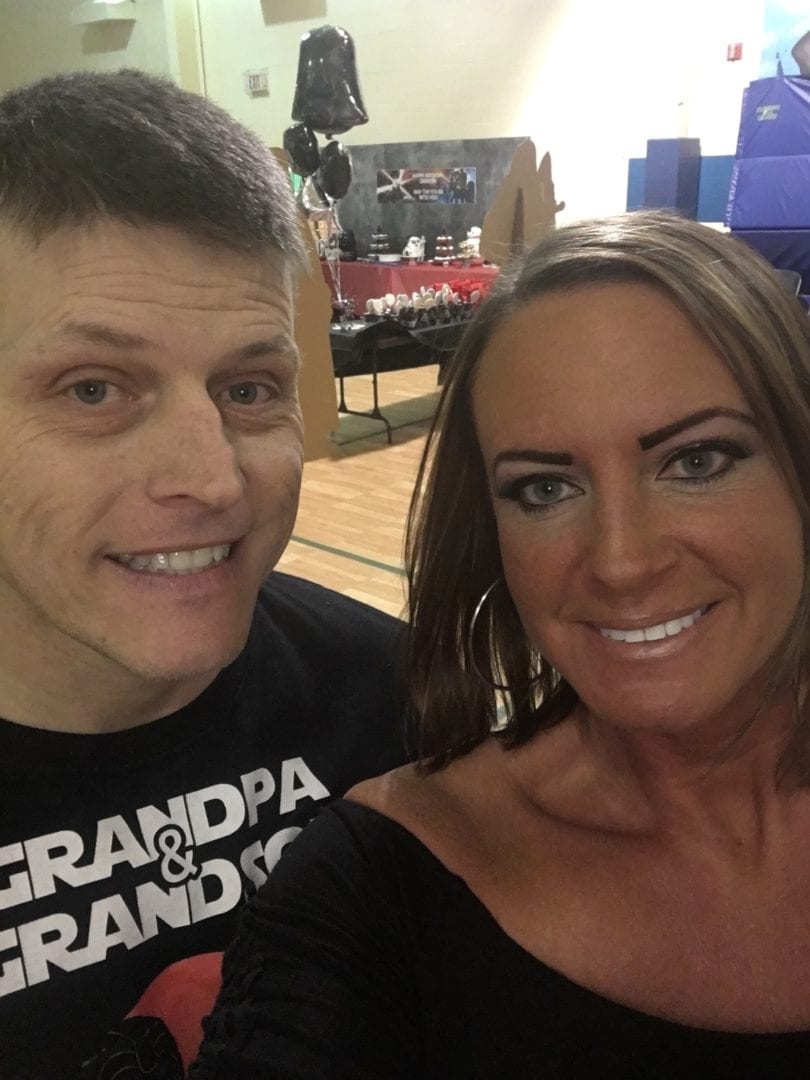 My long-suffering husband, Mike, remained loyal to me through all of this. I really can’t imagine his pain or frustration. I have decided that he is a saint. One day, after my physical symptoms had worsened to the point that I would wake up gasping for air because the weight of my own chest was so heavy that I would have sudden blackouts, my husband insisted we do something. I was too ashamed and had thus completely avoided doctors for the past several years. He took me and made me get my blood pressure checked. It was off the charts into the range of hypertension and potential stroke. Thankfully, this woke me up. I had believed for some time that I didn’t care if I died because life was so miserable. Faced with the possibility of real death, I realized I didn’t want to die. I wanted to live!

I was still overwhelmed by my weight and health, but there was a new spark in me. I decided to try again. That’s when I found keto. Rather, my husband did. I had success on low-carb dieting in the past, so I figured that would be the most effective way to lose weight once again. Mike searched Facebook for support groups, and I rejoined social media after my lengthy hiatus. He added me to several low-carb groups. One was “Ketogenic Success.” I didn’t understand the difference between a ketogenic lifestyle for health and a simple low-carb diet. However, the support from that page drew me in, and I found myself spending hours every day interacting, learning, and being encouraged. I learned that ingredients matter a lot when doing keto for health. I started to read every book I could get my hands on about a ketogenic diet. All the while, I was eating keto and eliminating and adjusting my food as I learned more about what was good for me and what wasn’t.

About two months in, I realized something huge: I HAD NOT BINGED OR PURGED. Two months! I realized right then that this was different. I was obsessed with finding out why. I wanted to know the science; I wanted to understand why—after 31 years of failure—I was not bingeing and purging. My answer was that I had eliminated all sugar, grains, and most carbs other than dairy, nuts, and leafy green vegetables. I had detoxed. My body was free of the foods to which I was most addicted, and I did not crave them anymore. It was a miracle in my life. I continued to learn, study, and help others as much as I could. 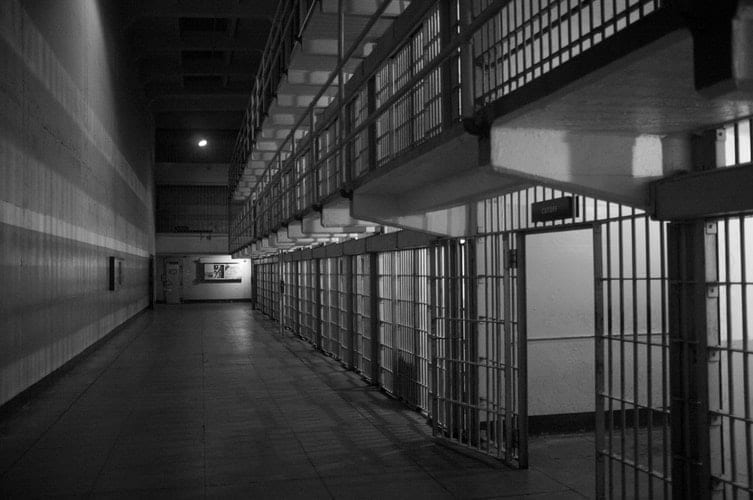 The other huge change that keto made for me was mental clarity. One reason why all of the years of therapy failed to work for me was that I could not process why I binged. I was able to work through the fact that my eating created emotional strife, and purging offered relief. I had used the bingeing and bulimia to soothe emotions, memories, and anything else I didn’t want to feel. Unhealthy food had kept me in a fog. I had used it to numb from age 11 to 41. It had kept me in a prison of fear. Once a ketogenic lifestyle freed me from all of that, I knew I would never go back.

Today, I am 44 years old. For the past three years, I have been clean from bulimia, anorexia, and compulsive overeating. I have never felt so alive in my life. Through the pain of this journey, my life’s purpose has been revealed to me! I am here to tell others who think their life is over because of eating disorders that there is HOPE! I am even at the point where I can say that I am grateful for all that happened in my life, and I wouldn’t change it! All of it brought me to where I am today. I lost 135 pounds in the first 21 months eating keto and have kept that off since. I was also able to get off my medications for bladder disease, chronic migraine, anxiety, depression, and sleep disorder. My blood pressure is perfect at a consistent 112/73.