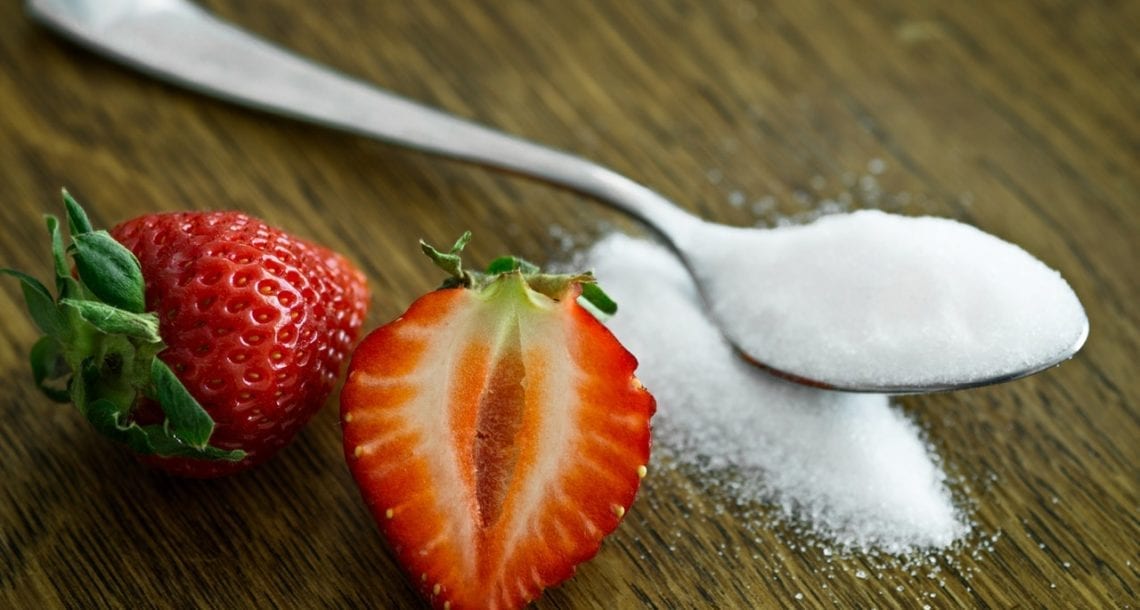 Only 20-30 grams of carbs are allowed per day on the ketogenic diet. Since sugar is composed 100% of carbohydrates, it is completely off-limits.  So does that mean all sweeteners are excluded on keto? No, you just have to substitute sugar with a healthier option, but how do you know which sweeteners are healthy and which are not? Let’s break down what sugars are and how natural sweeteners, like allulose, might be the best option on the ketogenic diet.

Carbohydrates can be classified based on the number of sugar molecules in the structure. Simple sugars, also known as monosaccharides, are made of a single sugar molecule. When two sugars are bound together, it is called a disaccharide. A polysaccharide is a carbohydrate comprised of multiple sugars.

Sucrose, lactose, and maltose are all naturally occurring sugars. They are easily broken by the body’s enzymes and absorbed into the bloodstream causing a rapid spike in blood glucose levels. Sucrose is a refined sugar, meaning the original source is broken down to extract the sugar. Lactose and maltose may not be refined sugars, but they still cause an elevation in blood glucose levels. Maltose has an extremely high glycemic index score, which should be no surprise since it is composed of two glucose molecules. Lactose, on the other hand, has a low GI score, but can still trigger an insulin response. 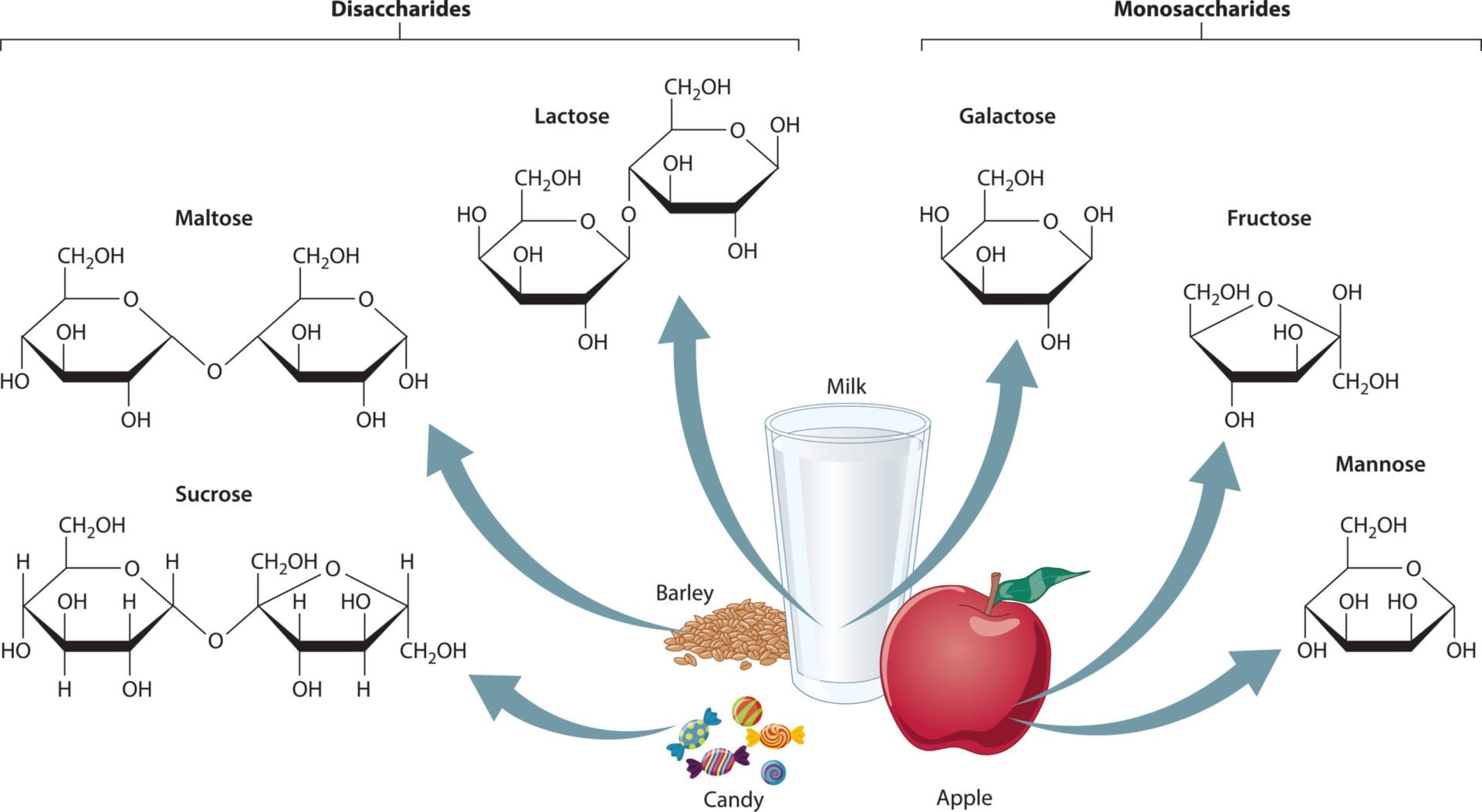 Is There a Better Alternative to Traditional Sugars?

To find a healthy alternative to refined sugar, there are a few naturally occurring sweetener alternatives. Stevia is a natural sweetener found in a plant. The other options include monk fruit, erythritol, and a few others. These sugar substitutes taste like sugar, but are low-calorie, and have a minimal impact on blood glucose levels.

Recently, Allulose has gained traction amongst health-conscious individuals. Allulose is a natural, rare sugar that was found in wheat almost 70 years ago, but can also be found in small quantities in a variety of dry fruits like jackfruit, figs, and raisins. The sweetness of allulose is approximately 70% that of sucrose (white sugar). Allulose is extremely similar to traditional sugar in means of texture, taste, and baking ability.

Why is Allulose Beneficial for the Keto Diet?

The following are a few key benefits of allulose that has kept it in high demand among keto dieters: 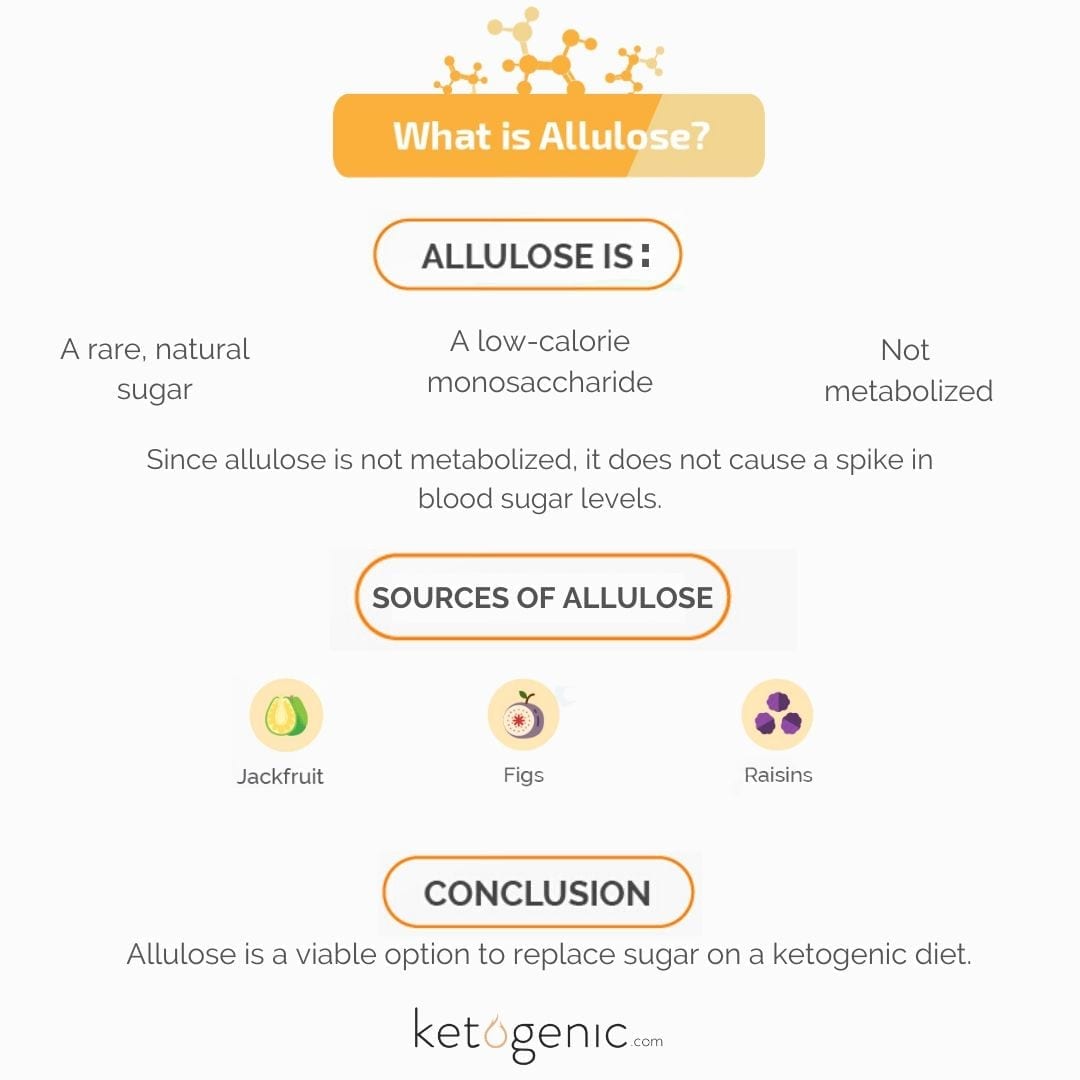 Can You Subtract Allulose as a Net Carb?

Allulose is almost calorie-free (0.2-0.4 calories per gram), but may still be listed as sugar on nutrition labels. However, since the body doesn’t consider it as a carb, sugar level stays constant, and it can be subtracted from your total carb count.

Though it is a naturally found substance, the FDA has exercised certain restrictions. It can be safely used in bakery products like sweet rolls, cakes, and pastries. You can use it in cereals, yogurt, ice cream, frostings, and chewing gum and non-alcoholic beverages. It can also be used in jams, sauces, cream, and medical foods.

Possible side effects of Allulose

Research suggests that allulose does not cause any toxic effects. Some individuals who have consumed high quantities have reported experiencing bloating, abdominal pain, diarrhea, decrease in appetite, problems related to gas, and abdominal sounds.

Where Can I Buy Allulose?

Allulose is found in extremely small quantities in jackfruit, figs, and raisins, hence extraction is difficult. In 1994, it was first produced on a large scale, but the cost of production was very high. In 2018, production from corn and later from sugar beets began, lowering the cost and making its availability more widespread.

Allulose has been available in food products like Quest Hero Bars for a period of time now, but recently allulose has become available all by itself in stores like Target and Whole Foods. Of course, it is available for purchase through online retailers like Amazon.

1) What is Allulose made of?

Allulose is a naturally occurring sweetener found in foods like jackfruit and figs.

2) Is Allulose an artificial sweetener or sugar alcohol?

3) How does Allulose affect Ketosis?

This sweetener does not increase blood glucose levels in the body. It is not metabolized and hence it has no effect on ketosis.

Erythritol is similar in caloric content and GI scores, but allulose is more similar in texture and taste to table sugar. Allulose does not have the same cooling effect that erythritol has.

5) Does it taste the same as sugar?

Yes, it is sweet as sugar, and it doesn’t give you any after-taste. The texture is also similar to that of sugar.

Yes, it is similar in structure as sucrose and is ideal for baking.

7) Is it acceptable for use on the ketogenic diet?

Yes, it is a natural sweetener with zero carbs and does not affect blood glucose levels.

8) What are the possible side-effects of allulose consumption?

There are no side-effects if consumed in moderation. However, in the case of excess consumption, few people tend to have bloating and gas issues.

No, it is not metabolized like a normal sugar. After intake, it is absorbed through the small intestine and excreted through urine.

10) Has the FDA approved allulose?

Yes, the US Food and Drug Administration has classified it as safe for consumption.

When starting the ketogenic diet, people find it difficult to cut back on sugar, and total avoidance is next to impossible for many. Artificial sweeteners are industrial products and may cause health issues in the long run. Health-conscious people and followers of the keto diet avoid carbs and monitor calories strictly. For them, allulose is a blessing. Allulose tastes just like refined sugar and has no bitter after-taste. Plus, the texture is similar to sugar granules. Replacing sugar will allulose when you get sweet craving may help you stay on track and stay in ketosis.

What Do You Think Of Allulose?

Have you used it before and if so, comment below your experience!