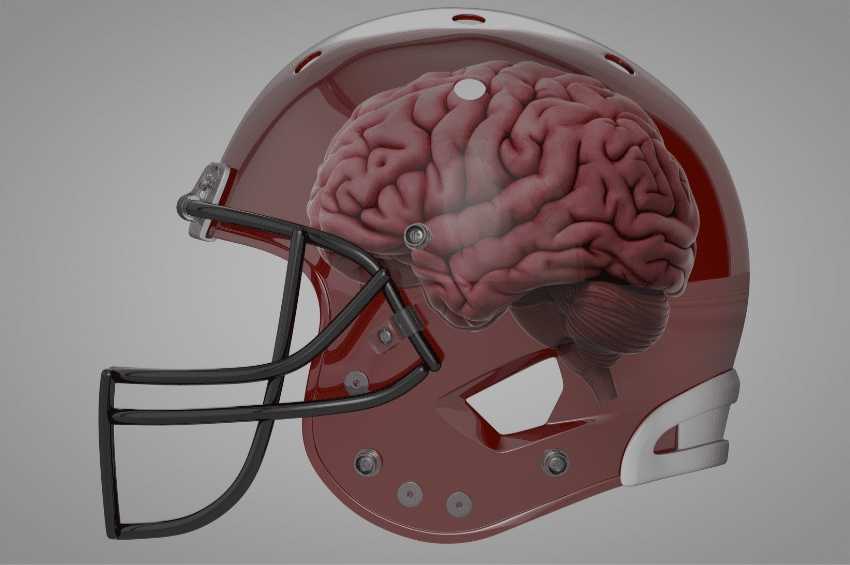 Before we jump into the relationship between football and keto, let’s discuss a prevalent condition among athletes called CTE.

Athletes of all levels are susceptible to sport-related injuries. CTE, or chronic traumatic encephalopathy, is a condition that has been linked to repetitive neurological injuries such as concussions and other traumatic brain injuries.

In recent years, there has been a lot of attention given to the NFL as they have come under fire for their reaction to the concussion debate. In a 2017 study from the Journal of the American Medical Association, researchers examined the brains of 202 deceased former football players and found that 87% of those examined had CTE. Of the 202 brains examined in the study, 111 were from former NFL players, 99% of which had CTE.[1]

One of the reasons repetitive concussions and traumatic brain injuries are so damaging is because of the inflammation, oxidation, and mitochondrial damage they cause. Disruptions in brain chemistry and swelling can have a profound impact on health. Common complications include:

The Power of Ketones

Numerous studies have shown the protective neurological benefits of exogenous ketones. One such study found that rats placed on a ketogenic diet after a traumatic brain injury had better preservation against mitochondrial damage and had a “significant protective effect” against oxidative stress and damage.[2]

In one literature review from the Journal of Neurology and Neuroscience, researchers concluded that ketones may be beneficial for the treatment and management of a number of conditions including[3]:

The benefits of ketones are numerous, but in applications of the brain, the major benefits include:

With such research, the question that we should be asking is, “Should football players have access to ketones on the sidelines?” 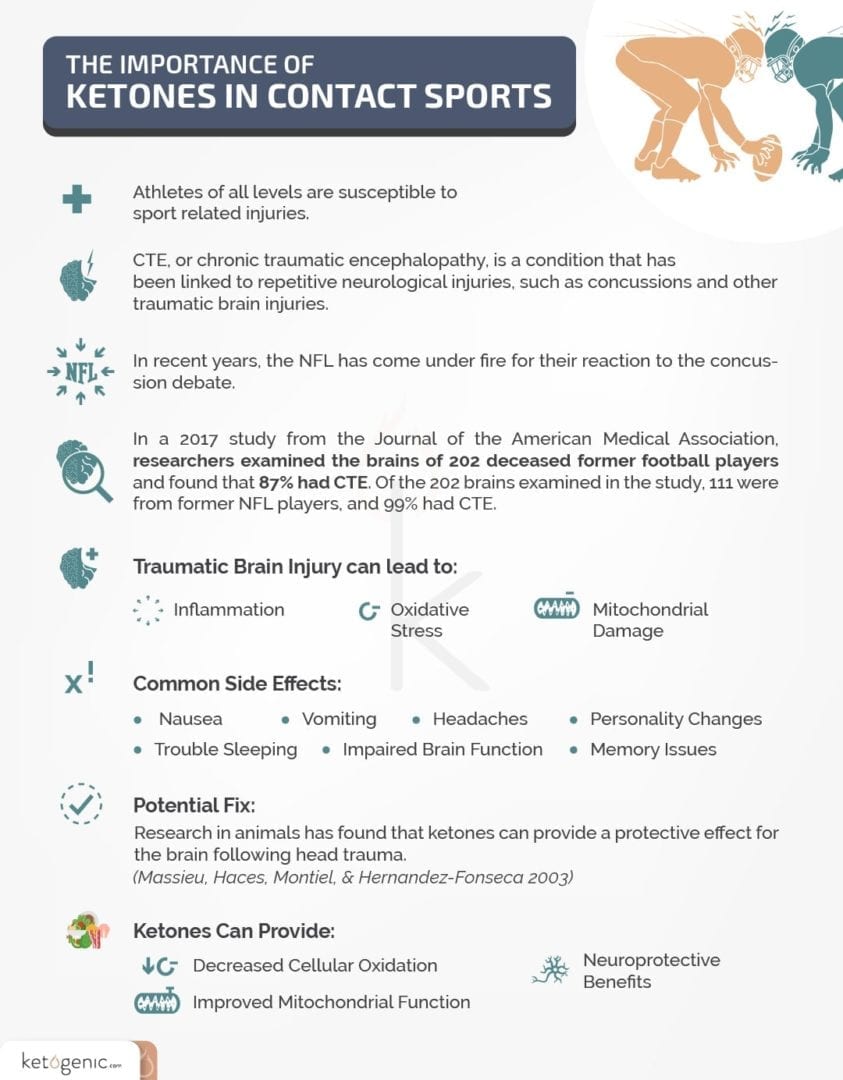 In the article, “Can Ketones Cure TBI,” we discussed how quickly an injury begins affecting the brain. Effects post-injury can last as little as seconds to minutes or up to days, weeks, and months. Within seconds of having a head injury, tissue damage begins. Within minutes, the brain can experience possible damage to the nerves and blood supply, possibly resulting in tissue death. Within hours of your injury, the brain can experience increased inflammation, increased swelling, increased free radicals, and damage to the mitochondria.

Based on the available research on the ability of ketones to improve many of these symptoms and conditions, we believe that ketones and a ketogenic diet should be at the centerfold of post-concussion therapy. Ultimately, this means that exogenous ketones likely have a place on the sidelines of many of the major sporting events in the very near future.

3. White, H., Venkatesh, K., & Venkatesh, B. (2017). Systematic review of the use of ketones in the management of acute and chronic neurological disorders. J Neurol Neurosci, 8(2).