Hormones and Weight Loss: An Overview of Hormonal Weight Gain and Loss 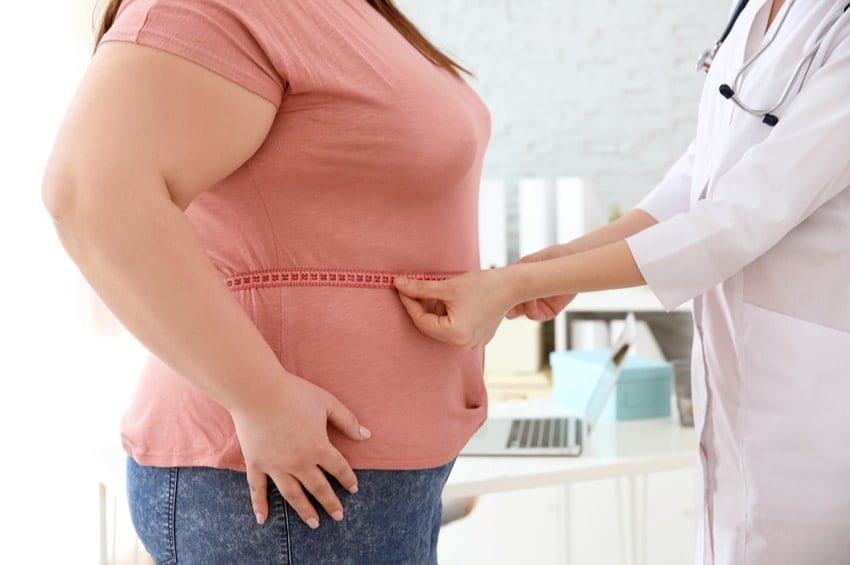 If you want to lose weight, you’ve probably heard there is a connection between your hormones and your weight. You don’t need a medical degree to understand the basics of hormones and weight loss. Let’s take a look at a brief overview of hormones that may affect weight loss and how they work in the body.

Often referred to as the hunger hormone, ghrelin signals to the brain that it’s time to eat. In animal studies, researchers showed the correlation between ghrelin injections and weight gain. [1] [2]

People with elevated levels of ghrelin will have larger appetites and they are more likely to succumb to overeating.

Counter to ghrelin, we have leptin. Commonly called the satiety hormone, leptin lets the body know that you’ve eaten enough. It helps to produce that feeling of fullness during a meal. [3]

Low levels of leptin are a red flag for your body, as this is a sign of starvation. Even if you aren’t truly starving, your body doesn’t know the difference. In response to low leptin levels, the body releases ghrelin, spiking your appetite and encouraging you to eat.

Ghrelin and leptin are the most talked about hormones when it comes to weight management, but there are others that are equally as helpful, including peptide YY (PYY).

Once you finish a meal, your body releases PYY from the small intestine. Like leptin, it signals to your brain that you’ve eaten enough and to turn off your appetite. [4] 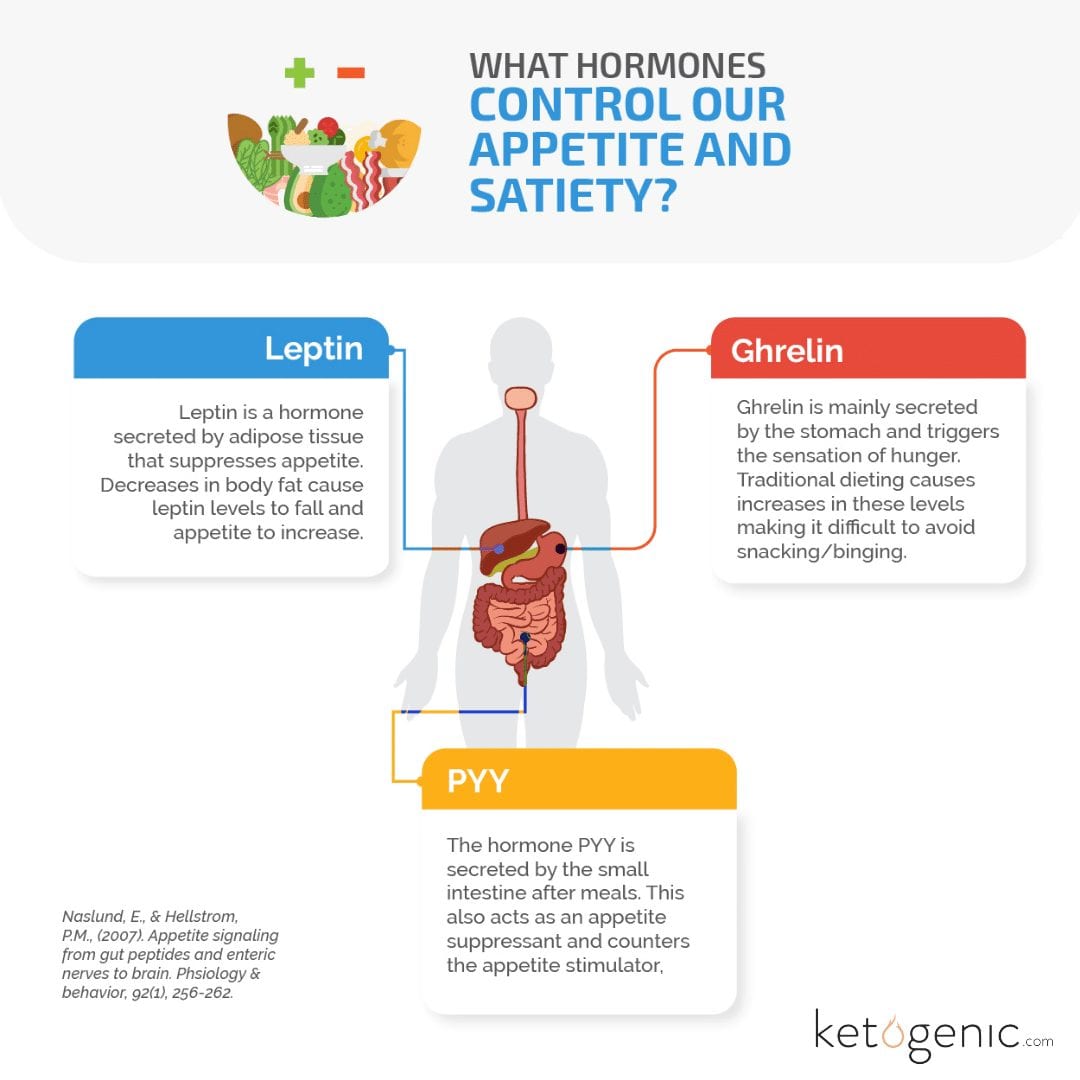 Adiponectin is a protein hormone that is found in adipose or fatty tissue. It plays an important role in regulating glucose levels as well as breaking down fatty acids. Recent studies have found that adiponectin also supports and protects several weight management processes including energy metabolism and inflammation.

Too much adipose tissue and you’re likely to have lower levels of adiponectin and a higher risk for cardiovascular diseases such as diabetes. [5] [6]

Estrogen is one of two primary sex hormones that you’ll find in both men and women. The difference is that estrogen is normally found in larger amounts in women.

Estrogen ramps up during puberty and plays an essential role in a variety of processes including reproductive health and the onset of the menstrual cycle. It’s also a key hormone for weight management.

The second primary sex hormone is testosterone, which is dominant in men. It spikes during puberty and it’s responsible for bodily changes such as a deeper voice, body hair, and sexual organ development.

Testosterone is a known fat-burning hormone. Higher levels of testosterone correlate with lower levels of bodyfat. If a man’s testosterone levels are too low, he’ll experience symptoms such as weight gain and pseudogynecomastia (the development of male breasts). [8]

Cortisol is a stress hormone that is integral to the fight-or-flight response. Cortisol is linked with insulin, a hormone that helps your body utilize or store glucose. Too much stress can lead to elevated cortisol levels and insulin resistance, which increases your risk for weight gain and cardiovascular disease. [9]