Can the Ketogenic Diet Protect Against The Flu? 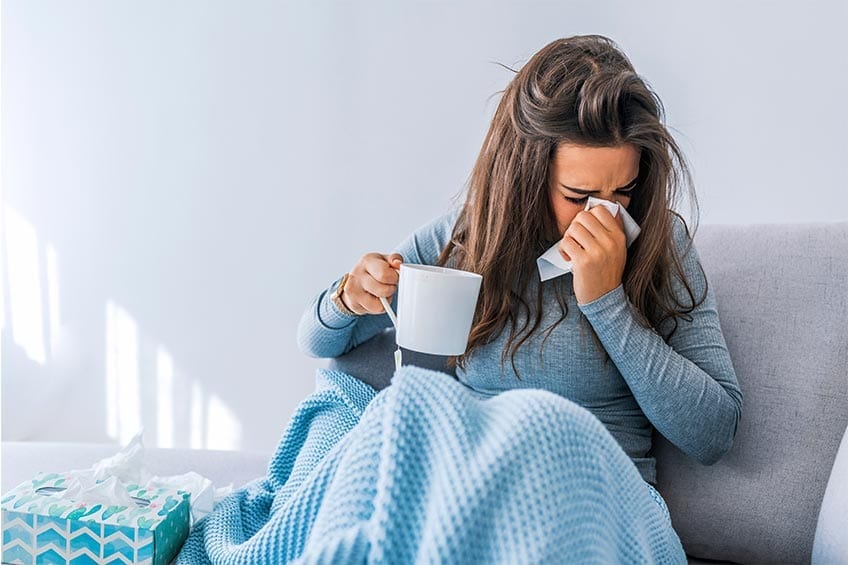 Beyond weight loss, the ketogenic diet has been shown to have numerous therapeutic benefits. Everything from neurodegenerative diseases to psychiatric disorders have been researched. A new paper published out of Yale University explored a new topic: the flu.

The flu is a common infection caused by the influenza A virus (IAV). When an individual is infected with this virus, the immune response our body produces is heavily influenced by a variety of factors, including diet. This research team at Yale hypothesized that since a low-carb, high-fat ketogenic diet had been shown to promote immune cell response in the lungs, in previous studies, it may combat or improve symptoms of the flu.

Results of this Study

In this study, mice were fed a ketogenic diet for one week before being inoculated with the influenza virus. The effects of the viral infection were compared to a control group of mice that continued to consume a standard chow diet.  [1]

The ketogenic mice group had an increased survival rate and maintained a higher blood oxygen saturation level as compared to the standard chow group. The researchers concluded the ketogenic diet protected against the flu virus by activating immune cells that protect the lungs and epithelial cells within the airway, thus enhancing antiviral resistance.

?? T cells are a subset of T cells that play a key role in the recognition of lipid antigens. While many details about these specific T-cells are still unknown, it is known that they may act as a bridge between the innate and adaptive immune responses. ?? T cells are unique in that they do not appear to require MHC presentation and the specific antigen that triggers their activation is widely unknown; although, some studies have shown MHC class 1b recognition.

The researchers investigated further and found that of the top regulated genes in the ketogenic diet mice, ?? T cells and 4 genes (Cxcr6, Blk, Cd163l1, and Ccr4) highly associated with ?? T cells were identified. Flow cytometry revealed no other cellular differences between the ketogenic and chow-fed mice, indicating the ?? T cells activation was largely responsible for the protective effects. This data suggests that following a ketogenic diet may improve or prevent influenza infection.

Have You Noticed a Difference During Flu Season?

Do you get less sick when you’re on the ketogenic diet? Are all of your friends coming down with the flu while you stay healthy? Let us know in the comments below!