The Most Popular Diets By State 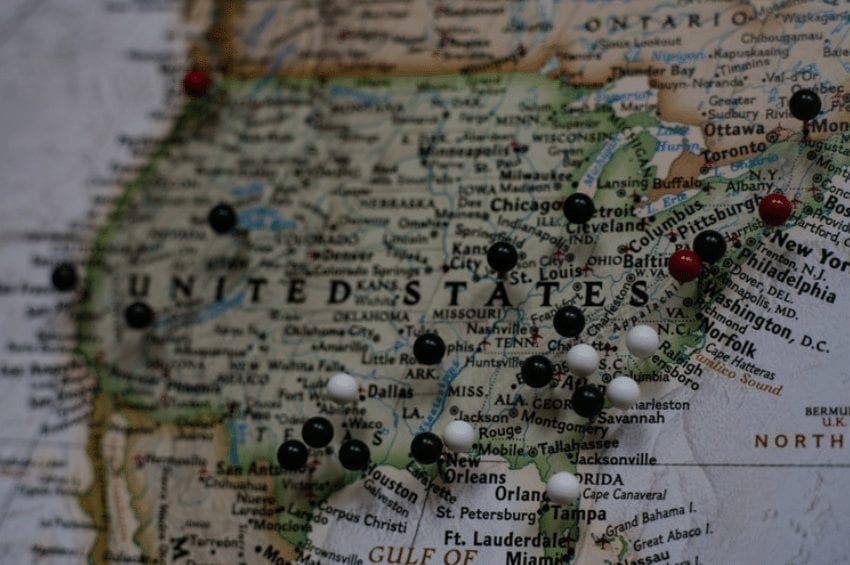 It is estimated that 45 million Americans go on a diet each year. And for the millions looking for their next diet to try, there is a seemingly endless amount of options to choose from—all promising to deliver your healthiest, best self. With so many alternatives out there to select from, it can be extremely challenging to determine which diet is the best fit for you. Let’s take a look at the most popular diets by state to help you choose.

While we’re advocates of the Ketogenic diet and lifestyle, we are also supporters of overall health and wellness. The path to healthy looks different for each person and if a specific diet helps someone get further along on that path, we fully support it. When selecting a diet, each individual should consider their personal goals along with their dietary needs. It’s never a bad idea to consult a doctor before moving forward with a new diet plan to help guide you in the right direction. 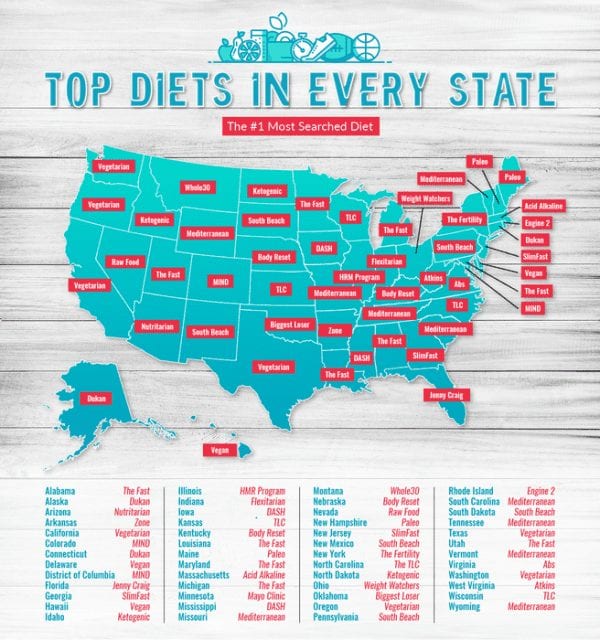 The graphic below maps out the most popular diet in each state according to Google search interest. We were pleased to see the Ketogenic Diet took the top spot in not only one but two states: Idaho and North Dakota.

In addition to the results by state, it’s also interesting to explore the trends in diet popularity by region. For example, the West tends to favor plant-based diets with Vegan or Vegetarian being the most popular diet in 33% of states in the West.

The highest percentage of states in the South favor the Fast Diet which requires dieters to fast two days each week and allows for normal eating the rest of the week. There was a tie between the TLC Diet and the Mediterranean Diet in the Midwest, each most popular in 14% of Midwestern states. And rounding out the U.S., most states in the Northeast are most interested in the Paleo diet with its emphasis on eating whole foods.

Which diets are popular in the highest number of U.S. states? The Mediterranean Diet and the Fast Diet both took the top, most searched spot in 5 states, followed by the Vegetarian Diet in a total of 4 states.

We were surprised at the variety of diets showing up across the U.S. Dieters in the U.S. appear to be open to experimenting and trying new things to achieve their health and fitness goals.

We were surprised to see the variety of diets showing up across the U.S. There are some states where residents clearly aren’t ready to give up their pasta and steaks, but there are plenty of diet plans that can be tailored to your individual needs.

Dieters all around the country appear to be open to experimenting and trying new things to achieve their health and fitness goals. 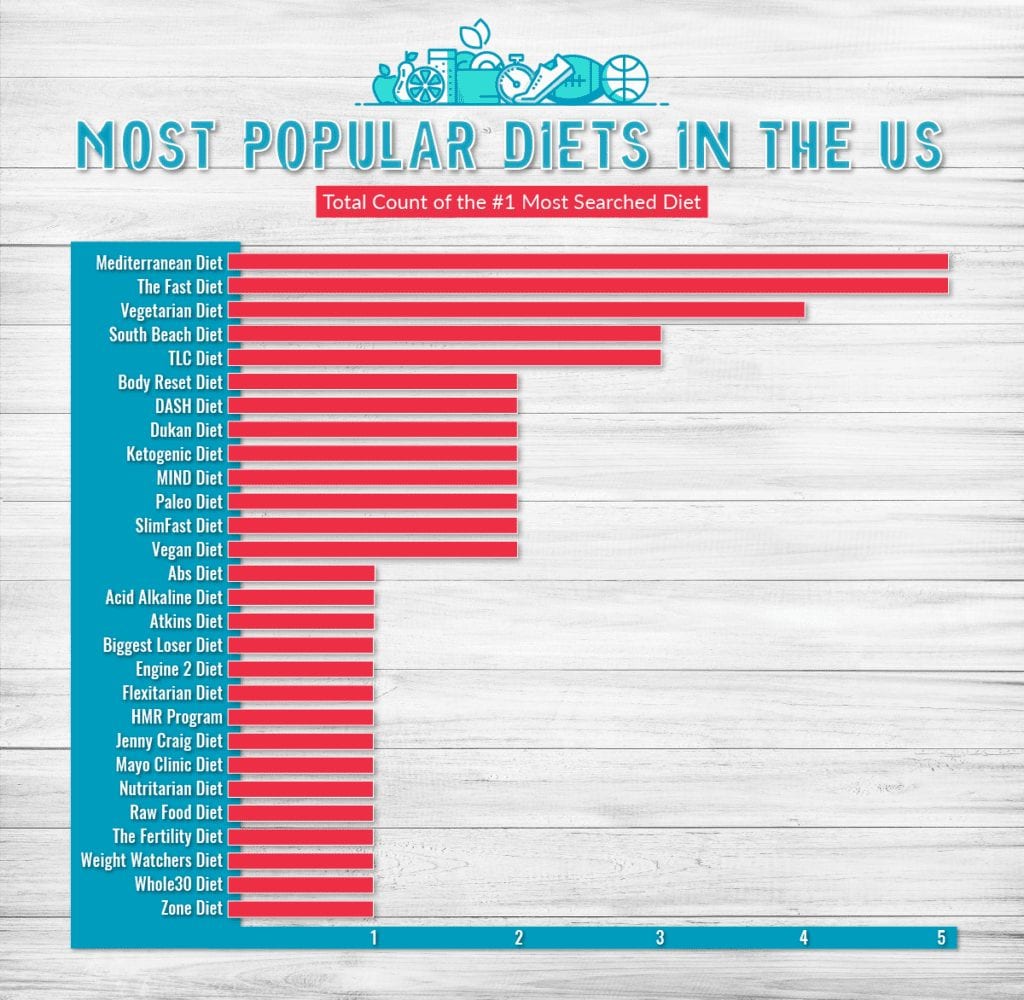