Nutritional Ketosis and the Different Types of Ketosis 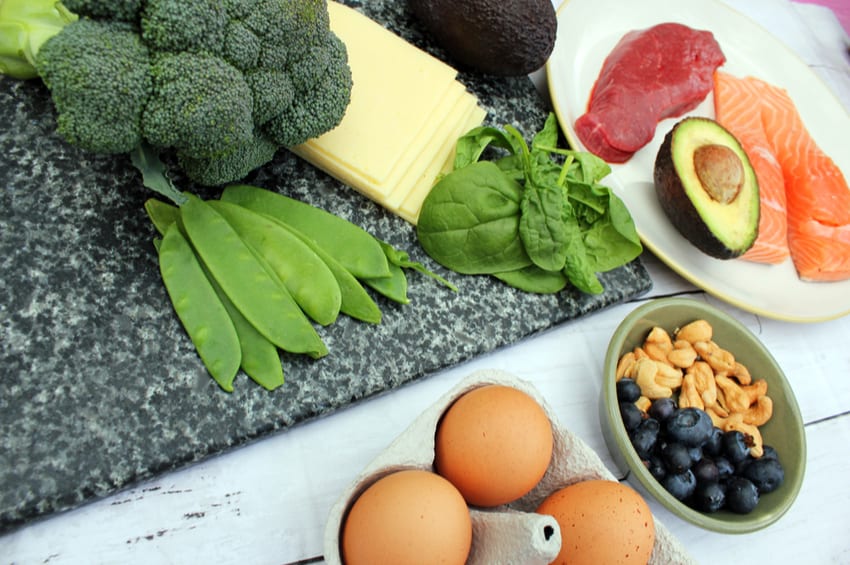 Have you ever heard that keto is bad or dangerous? Likely the same person who said this also related it to ketoacidosis. Ketoacidosis is a metabolic condition that is very dangerous but is not caused by the ketogenic diet. Ketoacidosis, also known as diabetic ketoacidosis (or DKA) is caused by type 1 diabetes and the levels of ketones produced by the condition is not possible through nutritional ketosis alone. In reality, there are several different types of ketosis, but not all of them are healthy.

What is Nutritional Ketosis?

Carbohydrate-restricted ketosis can occur through a well-formulated ketogenic diet. This approach is the most commonly used method for achieving a state of ketosis and typically results in a greater increase in ketones, compared to an overnight fast. High-fat, low-carbohydrate (typically below 30 grams), and moderate protein intake is generally accepted as the best method for achieving carbohydrate-restricted ketosis.  However, macronutrient distribution, and the subsequent degree of ketosis, can drastically vary between individuals.

Certain levels of ketosis can provide powerful therapeutic benefits, but this level of ketosis must be even greater than what is typically seen with fasting and carbohydrate-restricted ketosis. Although the reported level of ketone production required to achieve therapeutic ketosis varies, some studies have demonstrated ketone levels greater 4 mmol. [1]  Ketone production may be increased through supplementation with the following products:

Alcoholic ketosis, or alcoholic ketoacidosis (AKA), can technically be classified as a variation of nutritional ketosis, since it occurs due to a dietary intervention. Like its name implies, this form of ketosis is a result of alcohol consumption and causes an acidic internal environment due to the drastic increase in ketone bodies. AKA can occur in those who frequently drink or are malnourished and drinking alcohol. 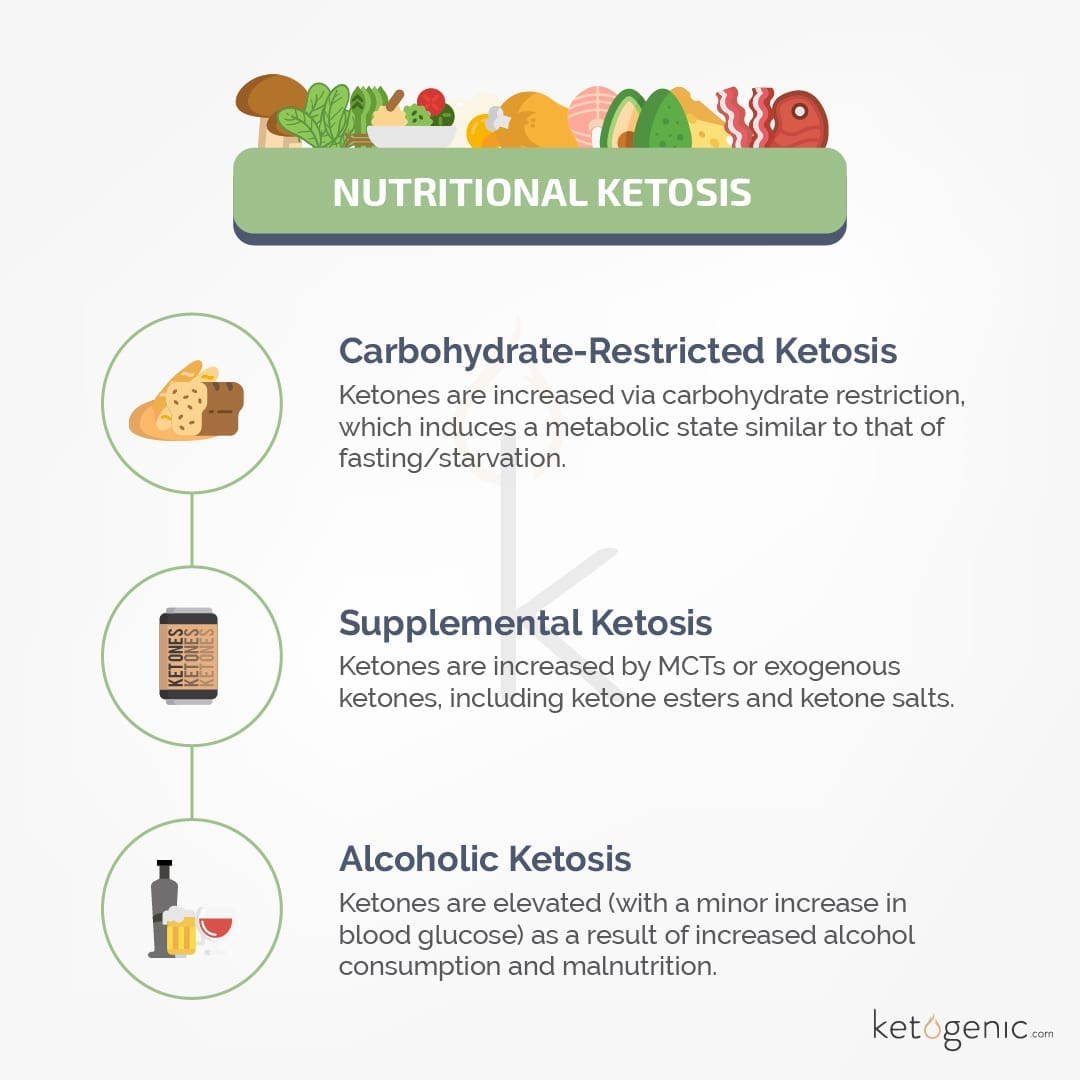 What Are the Other Types of Ketosis?

Ketosis is a metabolic state that can also be produced through fasting (and starvation) and diabetes.

A minor state of ketosis can occur following periods of complete food restriction, such as an overnight fast. This may produce ketone levels around 0.1 mmol/L to 0.3 mmol/L.

DKA is one of the reasons why ketosis has such a bad stigma surrounding it. DKA occurs due to uncontrolled rates of ketogenesis (10-15 mmol), leading to much greater levels of ketones than carbohydrate-restricted or supplemental ketosis. This sharp increase in ketones can cause acidity in the blood, thus lowering blood pH from 7.35 to less than 7.30. DKA typically occurs in type I diabetics but also can occur in type II.

Want to Know More about Nutritional Ketosis and the Different Types of Ketosis?