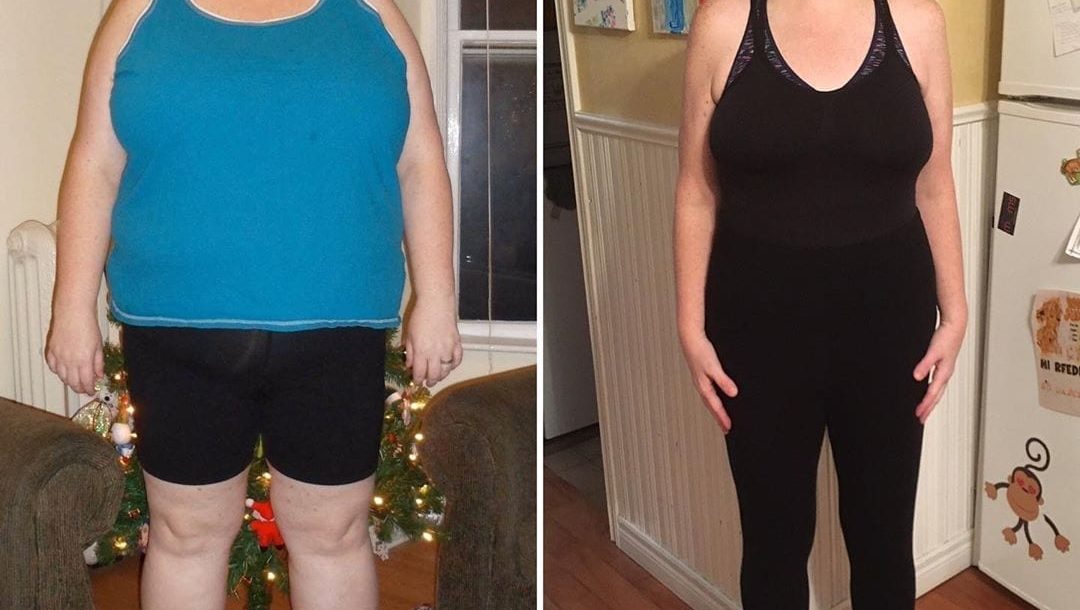 I have had great success with health by following a ketogenic diet, coupled with both intermittent and extended fasting over the past year. In addition to eating healthy keto and fasting, I’ve also incorporated fitness into my life since day one, whether it was simply swimming, yoga, or lifting weights, it has been part of my story.

I began at the tail end of September 2017, weighing 327.4 pounds, almost 40 years old, in pain, sick, and on a number of prescription medications. My health was in poor condition, both physically and mentally. About six months prior to starting, I nearly died after suffering a DVT in my right calf and subsequently having severe bilateral pulmonary embolisms. The severity of my health was far beyond the scope of simply being morbidly obese.

I essentially woke up one day and somehow everything clicked, and I was ready. My children were ages 1 and 3, and I wasn’t going to be here for them. I was in pain, could barely walk or breathe, had such severe mobility issues, I couldn’t even get my own socks or shoes on my right leg without assistance (and those socks are knee-high compression socks at that)! No doctor, specialist or diagnostic test was able to determine why I had the lost mobility, but on account of being on a blood thinner, I was medically unable to take over the counter or prescription-strength anti-inflammatory pills, so SOMETHING had to change.

I knew in my heart it had to be the food. Having been diagnosed as celiac disease in 2012, I was well versed at the positive impact of ruling out even some, if not all grains, on inflammation, so I decided to return to the celiac diagnosis stage of eating. Within a week, I landed in the world of keto – totally by accident – and have never (nor will ever) looked back.

Fasting is not a new concept for me as I used to fast on occasion, even as a teenager, in a religious context, so adding both intermittent and extended fasting to my life seemed almost seamless. I came by it so naturally, and comfortably, you’d think I was meant to live this lifestyle all along!

I have worked very hard over the year at determining what my food preferences are, how to cook, how to understand macro and micronutrients, and their roles in my health, and how to eliminate foods that I’ve identified to be triggers for me. I keep it rather simple and cyclical with my meals – a lot of things like veggie bakes and meat, salads with a protein, chili, and good old faithful bacon, eggs & avocado.

As stated, I began at the end of September 2017 at 327.4lbs, and celebrated a one-year milestone by having lost 150 pounds, landing me at 178.2lbs on September 30, 2018! I have celebrated numerous non-scale victories as well, including major things like regaining ALL mobility, and then some, eliminating six of seven prescription drugs (all that remains, for now, is a blood thinner), lowering my blood pressure back to normal, and have healed my lifetime of stomach/bowel disease.

I am happier, healthier, and feeling younger at age 40 than when I was an obese teenager. I am now training to become a certified Aqua Fit instructor at my gym, and will never go back to eating the way I used to. Keto + Fasting + Fitness is my life now!

What is the best advice you would give someone wanting to start keto?

Keto is only as complicated as you make it. Focus on making healthy/keto hacks to meals you already enjoy instead of reinventing the wheel. Keep it simple, be willing to tweak things along the way, and focus on getting healthy, not the scale. By having a healthy body, excess weight will come off in due time. Simplicity. Discipline. Freedom.

What is your favorite part of being keto?

My favorite part of being keto is feeling well, full of energy, and genuinely healthy!

Have you had a > 100 pound keto weight loss transformation? Submit your story to us! Follow Ketogeniccom on Instagram to see more keto transformation stories and keto community spotlights.