Will I Be Hungry on a Ketogenic Diet? 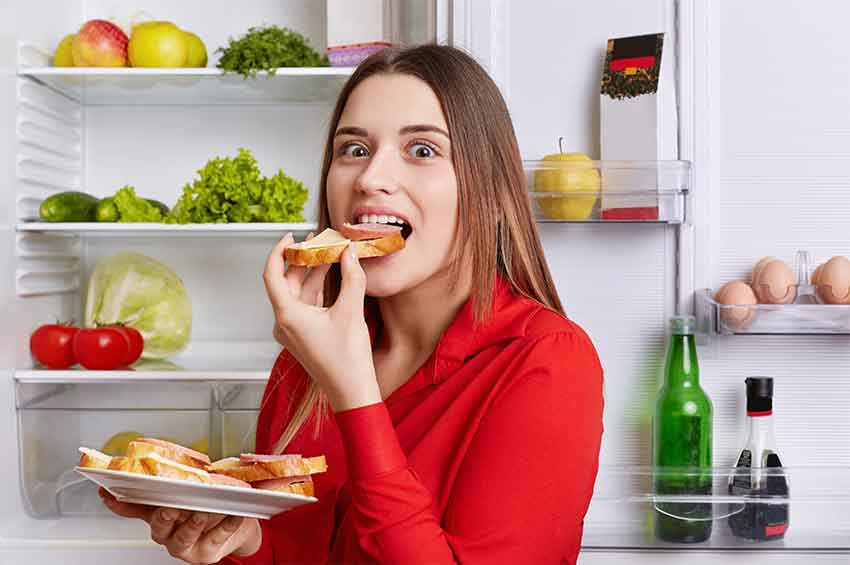 Dieting is a dreaded word for most of us, since we know the process is typically accompanied by hunger and cravings.  For the traditional diet, success is dependent on an individual’s ability to manage hunger and stay on course with their diet.  Once someone has finished their standard diet, maintaining progress depends on their ability to not give into their cravings.  Well, what if there was a diet that would prevent you from experiencing intense hunger during, and after, dieting?  This is where the ketogenic diet may be able to help. Best of all, you don’t have to worry about being hungry on a ketogenic diet. 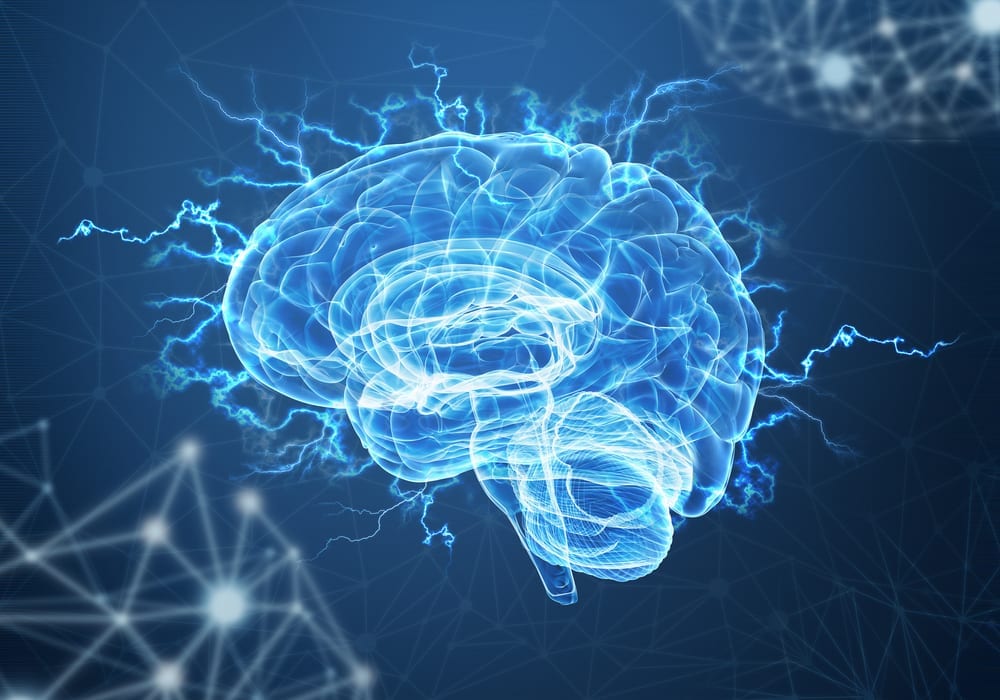 The Brain and Hunger

To understand why you won’t feel hungry on a ketogenic diet, it is first important to understand how the body regulates appetite.  The brain plays a significant role in regulating the appetite.  To put this more simply, the brain tells the body when we need more food or when we have enough food. However, this mechanism is not fully functional in everyone.  It is thought that obese individuals may have impaired satiety signaling, which can lead to increased caloric intake.  In the brain, the hypothalamus is the center for hunger and satiety (fullness) control. The foods we eat, as well as the hormonal responses in our body, can interact with this portion of the brain and cause us to either feel hungry or full.  One of the oldest theories on how this is regulated is the glucostatic theory.[1] This theory states that, as our blood glucose decreases, as it does between meals, receptors in our brain receive signals to stimulate appetite.  The other macronutrients, as well as total calorie intake, have also been studied as potential appetite regulators.  Other systems of our body, such as the endocrine system, can also interact with our brain to signal appetite.  The endocrine system can regulate appetite in the short-term by sending hormones to the brain following a meal, and in the long-term by sending hormones to the brain that reflect our body fat percentage.  There is also growing evidence that the gut and gastrointestinal tract can regulate appetite by interacting with the brain through several proposed mechanisms (involving ghrelin, amylin, pancreatic polypeptide, and peptide YY).

Numerous studies have demonstrated that, as we decrease our caloric intake, our perceived hunger increases.[2] The same is true following weight loss. The theory is that, as we decrease our caloric intake and lose weight, our body stimulates appetite hormones to facilitate the regaining of weight to maintain homeostasis.[3] Some studies have even found that, following weight loss, hunger can remain elevated for a year or longer.[3] This is one of the primary reasons why staying on track with a diet, or maintaining your weight loss following a diet, can be so tough.

Two hormones responsible for regulating appetite are leptin and ghrelin.  Leptin, which is mainly produced by adipose tissue, is released following increases in body fat percentage or increases in food intake. Once released into the bloodstream, it possesses the ability to cross the blood brain barrier and communicate the body’s energy status to the hypothalamus.  When leptin reaches the hypothalamus, it essentially says that we have enough body fat, which, in the healthy individual, leads to a decrease in food intake and an increase in energy expenditure.[4] To simplify all of this, as a properly functioning individual is on the verge of increasing their fat stores, their fat cells will release leptin to tell the body to decrease food intake and increase activity. It has also been demonstrated that an increase in leptin can lead to weight loss.[5]

Ghrelin, on the other hand, is a hormone secreted by the stomach.  The secretion of ghrelin is dependent on the nutritional state of the body. Prior to eating, the body’s levels of ghrelin are elevated, which affects the hypothalamus, telling the body that it’s time to eat.  Following the consumption of food in healthy individuals, ghrelin levels decrease.  This is essentially to tell the body that we have consumed food and no longer need to eat. Interestingly, it has been demonstrated that ghrelin and leptin can interact with each other.  For example, when leptin is secreted from adipose tissue, ghrelin secretion by the stomach is suppressed.  For these reasons, leptin and ghrelin have been noted as the key regulators of our hunger levels.

The Ketogenic Diet and Hunger

Typically, the ketogenic diet is accompanied with a drop in caloric intake; however, it is often reported that despite this drop in calories, individuals on a ketogenic diet experience a decrease in their perceived hunger.[6] There are multiple studies that allow subjects to eat as much ketogenic food as they want, as long as carbohydrates are restricted.  Many of these studies have found that the subjects consume less food.[7][8][9][10] These studies display that the ketogenic diet is not only causing greater weight loss[11], but also a greater perceived rate of fullness.[6] So, what makes the ketogenic diet different?  There are several theories on why this may occur.  The simple fact is that fat is more nutrient dense than other macronutrients (9 calories per gram compared to 4 calories per gram for carbs and protein) is one proposed reason for improvements with appetite. While this theory does hold some truth for why ketogenic dieters may experience more satiety (fullness), this may not be the only mechanism at work.

Studies are starting to find that it may be ketones themselves that are leading to changes in appetite regulation.  Several studies have found that severe calorie restriction (under 800 calories/day) can lead to changes in perceived hunger, similar to those experienced on the ketogenic diet.[12] All of these studies demonstrate ketosis occurring, to some degree, as a result of the extreme calorie restriction.  This offers reason to consider ketosis as a primary factor for appetite regulation.  But what is it that ketones are doing that allow for appetite suppression?

One major mechanism likely lies with stabilizing blood glucose.  As we enter ketosis, we prevent our bodies from experiencing drastic changes in blood sugar, which could result in improved hunger signaling.  Another key mechanism may lie within ghrelin.  Being in a state of ketosis can suppress the weight-loss-induced rise in ghrelin.[13][14] This is the key to successful weight loss because it prevents the body from telling us we need to eat more. Additionally, we know that ghrelin and leptin interact with each other, so if the ketogenic diet is impacting one, it is likely also impacting the other.

Between the effects that ketones can have on hormone levels and blood sugar levels, we can see why the ketogenic diet may be a great choice for those interested in weight loss. But it turns out that there are even more reasons why ketosis may be an effective method. In a recent study,[15] it was found that ketones may have the ability to interact with the brain through an additional mechanism to regulate our hunger levels!  If you have read some of the previous articles on the physiology of ketosis, then you probably know that ketones are produced as a result of increased fat oxidation in the liver, due to energy and/or carbohydrate restriction. What many people do not know is that ketones can also be produced in the astrocytes of the hypothalamus.  An astrocyte is a cell of the central nervous system that has a wide range of functions.  Ketones produced by astrocytes come from the fat we get in our diet, rather than the fat from our adipose tissue.  Once these ketones are produced, they can be taken up by the neurons of the hypothalamus, which are energy-sensing neurons.  Just as in normal ketone body metabolism, once taken in by these cells, ketones are used to produce energy.  In a study conducted by Le Foll, it was found that this ATP (energy) production from ketones possessed the ability to override a protein referred to as CD36.  Simply put, CD36 acts as a fatty acid sensor for the hypothalamus.  Overriding this protein has been shown to lead to a short-term decrease in food intake. This suggests that a high-fat diet can also control our food intake in the short term!

There are many other theories behind the satiating effect of a ketogenic diet that we did not touch on, such as its effect on other hormones, as well as the gut microbiome.  One of the biggest limitation to a ketogenic diet is that people sometimes do not stick to the diet long enough to experience the changes in hunger.  When we first begin fasting or restricting carbohydrates, our body produces something called adiponectin, which can stimulate increased food intake.[16] However, following adherence to the low-carb lifestyle, this subsides.  The main takeaway is if you allow yourself to become adapted to the ketogenic diet, you are likely to experience positive changes in your appetite, which can allow for a much better overall lifestyle!