Aldi Bread: Is It Really Keto-Friendly? 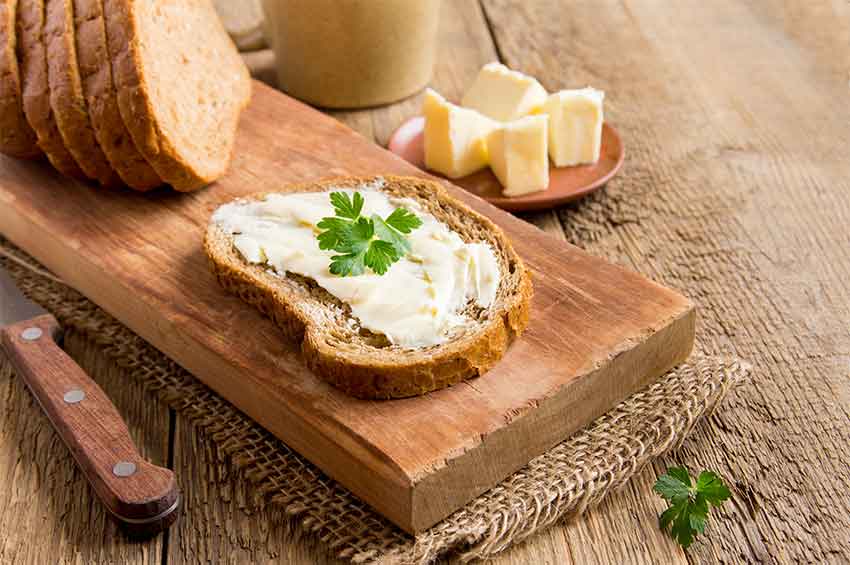 If you ask anyone on the ketogenic diet what they miss most about their high-carb days of the past, chances are, being able to eat bread is somewhere in their response. While there are plenty of keto bread alternatives out there, most will cost you over $10 for one loaf. When Aldi announced its new keto bread by La Oven for only $2.99, it’s easy to understand why it instantly became a viral sensation.

The new Aldi bread is advertised on its packaging as being keto-friendly with zero net carbs (9g total carbs and 9g fiber), but how accurate are these statements? Not all fibers are created equal and even if something is listed as fiber on the packaging, it may still have a metabolic impact. We took a look at the ingredient panel and this is what we found.

Let’s break down the key ingredients in this bread and determine whether it is truly ketogenic or not: 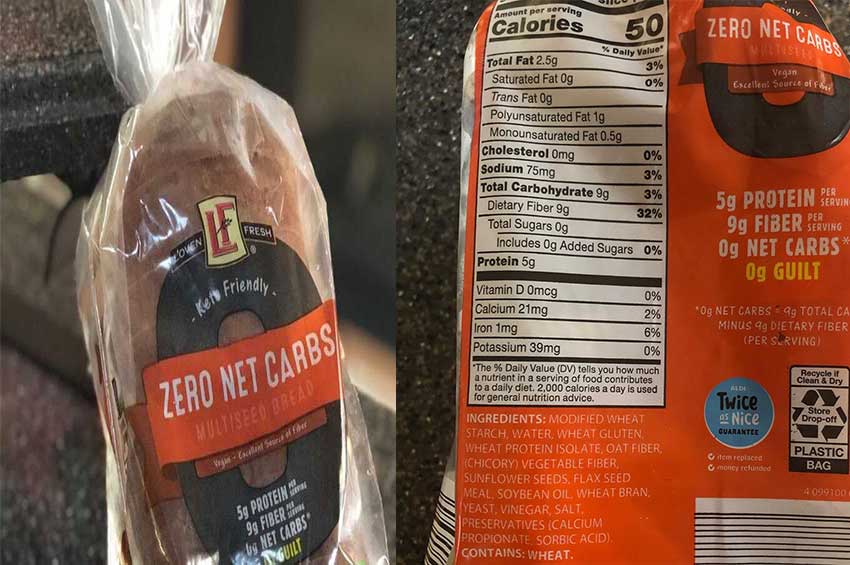 Modified wheat starch is a type of food starch made from the chemical, physical, or enzymatic enhancement of wheat kernel. While the research is not clear on exactly how much of this starch is digested, we do know it is partially digested. This means that even though it is listed as a fiber, you cannot subtract the entirety of the fiber from the carbohydrates, yielding greater than 0g net carbs. In other words, you’re eating carbohydrates and this could knock you out of ketosis. It is best to avoid modified starches on a ketogenic diet. [1]

Wheat gluten is a protein found in wheat that helps give bread dough the texture most people know and love. While wheat gluten may not directly cause a metabolic response because it is inherently low in carbohydrates, it can be problematic for individuals who have gluten sensitivities. If you have celiac disease or any form of gluten intolerance, this bread should be avoided. [2]

Although at first glance oat fiber may sound like a carbohydrate-rich oatmeal derivative, it is one of the few ingredients in this product that is actually keto. Oat fiber is an insoluble fiber created from the hull of oats. Since it is insoluble, it is not digested and will not have an impact on your blood glucose levels. Oat fiber is a keto baking staple because it adds both texture and a delicious oaty taste, without the added sugar. [4]

Chicory root has many health benefits, but raw chicory root fiber has a small carbohydrate impact (from the sucrose) and may cause GI problems. Consumption of chicory root may lead to moderate-to-severe gastric distress and is not recommended for individuals sensitive to inulin. [5,6,7]

Wheat is a kernel and wheat bran is the hard exterior of this kernel. While wheat bran is high in fiber, it still has a significant carbohydrate count. Wheat bran contains 20g of total carbohydrates and 14g of fiber per ½ cup. Similar to the other wheat products previously mentioned, wheat bran is not ideal for a ketogenic diet because it can trigger an inflammatory response. Wheat bran does contain gluten and should be avoided if you have a gluten intolerance. [8,9]

Soybean oil is a form of vegetable oil created from soybeans. While the ketogenic diet encourages fat consumption, certain fat sources should be avoided, as they can be detrimental to your health. Soybean oil is composed of high levels of the omega-6 fatty acid, linoleic acid. This unstable polyunsaturated fatty acid (PUFA) is a pro-inflammatory compound. When heated, linoleic acid generates oxidized lipids which can lead to clogged arteries and heart disease. Consumption of soybean oil has been linked to obesity, cardiovascular disease, liver disease, and immune system dysfunction. Soybean oil should be avoided at all costs. [10,11,12]

Our Conclusion on Aldi Bread

We have not certified the new Aldi bread so we cannot attest to actually blood changes; however, based on the ingredient panel, this product would not qualify as Ketogenic Certified. It would be, at best, Ketogenic Friendly.

Our major concerns are with the modified wheat starch and soybean oil. Chicory root, wheat protein isolate, and wheat gluten also pose another layer of concerns, as these ingredients can trigger inflammation and cause gastric distress. Since this bread does contain modified wheat starch, which is partially digested, we do not believe it is truly 0g net carbs.

We recommend trying the bread yourself and testing your blood glucose and ketone levels both before and after consumption to see how you personally react. Everyone has different metabolic sensitivities and what is tolerable for one person may completely kick another out of ketosis.

While this low-carb Aldi bread may not be one of the best foods for the ketogenic diet, it is still better than traditional white bread. We believe in progress over perfection and as long as you are taking steps towards a happier, healthier life, we are here to support your journey! Check out our top 10 keto bread recipes!