How to Stay Keto at Taco Bell 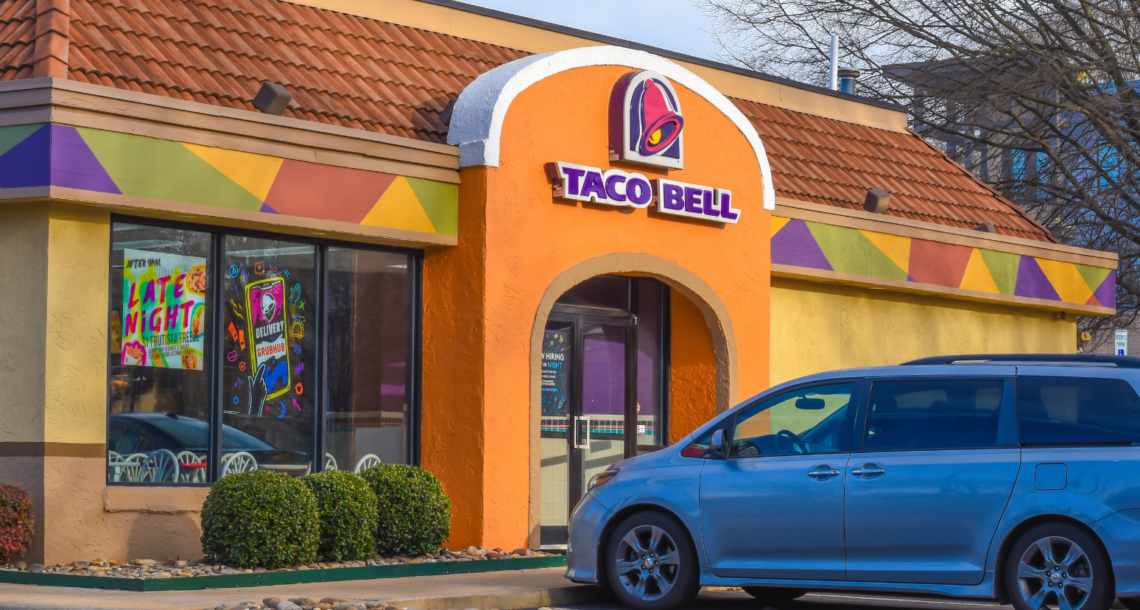 Taco Bell will be familiar to anyone who likes Mexican-American fast food. When you see that iconic purple bell glowing above the doorway, you might have a sudden craving for tacos or tortillas! Just because it’s a fast-food chain doesn’t mean there aren’t keto-friendly options at Taco Bell. While we don’t recommend you make Taco Bell a regular habit if you’re looking to reap the many benefits of a keto lifestyle, if you’re in need of something fast, convenient, affordable, and filling, this chain restaurant has several keto options for you to choose from. Let’s look at the best ways to stay keto at Taco Bell.

Stay in ketosis at Taco Bell with these top tips:

If you don’t want to your food without the tortilla or nacho chips, you can always just order the dish as-is and scoop out the deliciousness into a bowl.

Without the tacos and tortillas, several menu items can be keto-friendly. And because they’re so small, some keto dieters might be able to eat one taco shell without hindering ketosis.

Most importantly, avoid the higher carb products and ingredients, such as:

Before you go, use the Taco Bell Nutrition Calculator on their website to add or subtract ingredients from a specific menu item to determine what’s best for you. Planning ahead makes your keto Taco Bell experience a little easier. 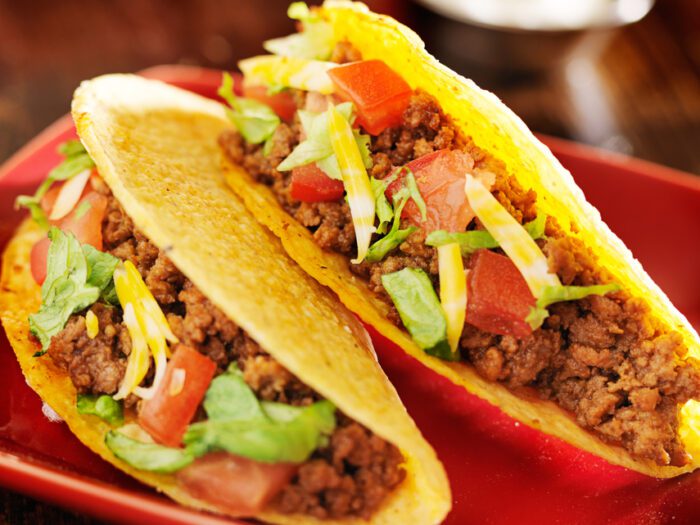 Enjoy any of the Grand Toasted Breakfast Burritos, just pass on the tortilla wrap, beans, and potatoes, and ask for your scrambler in a bowl. You’ll be left with bacon, eggs, tomatoes, cheese, sour cream, guacamole, and your choice of sauce. Try a creamy chipotle sauce for a grand total of only 5g of net carbs.

Start your day with a Breakfast Crunch Wrap. Without the tortilla and hashbrowns, you’re left with bacon, eggs, cheese, and creamy jalapeno sauce. Add tomatoes and guacamole to bulk up your meal for a grand total of only 4 grams of net carbs. With those prices, you might order two!

Ditch the flour tortilla and beans and load up on filling meat and nacho cheese. Enjoy the Beefy 5-Layer Burrito with some lettuce for crunch.

You could also chow down on the Beefy Melt Burrito minus the rice, tortilla strips, and tortilla for a cheap low-carb meal of around 3 grams of net carbs.

Of course, the tortilla in this breakfast quesadilla is off-limits, but you’ll still be left with a melty three-cheese blend, steak, eggs, guac, sour cream, and tomatoes – an affordable low-carb option that only clocks in at around 7g of net carbs. If you’d prefer chicken, try the chicken quesadilla.

Skip the seasoned rice and beans and enjoy a Chicken Power Bowl or switch your chicken out for a double order of the marinated beef, which has less sugar per serving than the chicken. Load up on the guac and sour cream! A keto version of a Chicken Power Menu Bowl comes to around 6 grams of net carbs.

The Grilled Steak Soft Taco dish is easy to modify; just say goodbye to the tortillas, leaving you with a bowl of lettuce, steak, and cheddar cheese. Add guacamole, onions, tomatoes, jalapeno peppers, and sour cream for a satisfying dish providing 12 grams of net carbs.

Fortunately, you can enjoy a number of the sauces at Taco Bell:

If you want something other than water, wet your whistle with the following:

By now, you’re probably craving the mouthwatering spices and flavors of Mexican-style cooking. Bring Taco Bell into your kitchen and make your own Mexican-style keto recipe from the recipe creators here at Ketogenic.com:

How do you stay keto at Taco Bell? Share your tips and tricks with other keto dieters and be part of the club here at Ketogenic.com