GMO Vs. Organic: What Does the Science Show? 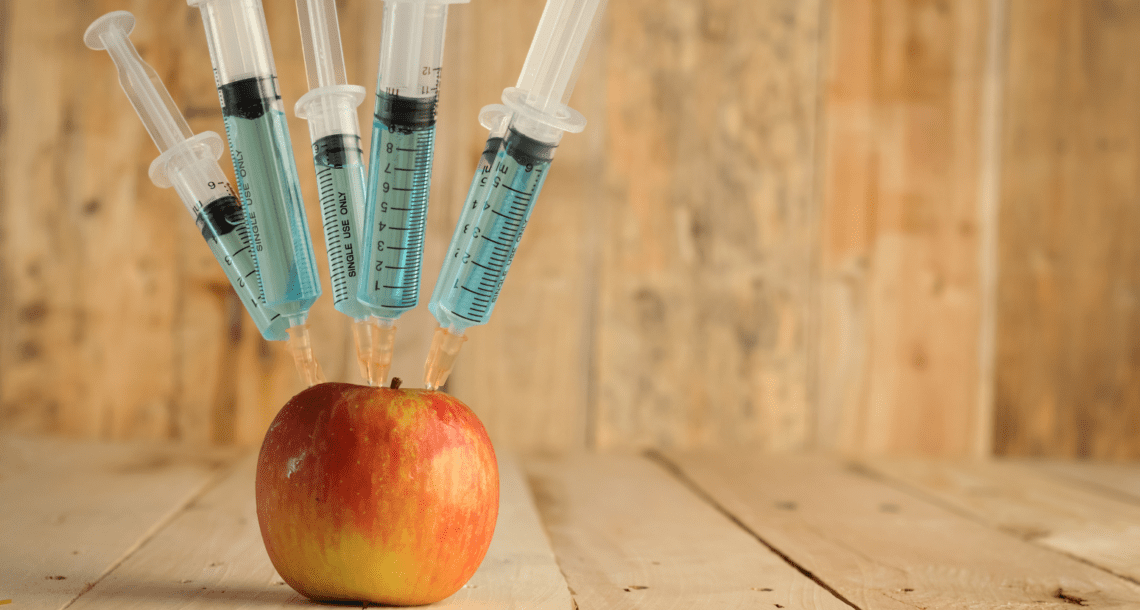 Today, there seem to be an overwhelming number of labels and ingredients to understand and look out for. You’ve heard health advocates raise concerns and advise against consuming genetically modified (GMO) foods while touting the benefits of going organic.

On the other hand, you’ve also heard GMO advocates tout the benefits and safety of GMO foods. So, when it comes to GMO vs. organic, what are the benefits and concerns? What does the science show? Let’s open up this controversial can of worms!

What Does Organic Mean?

If food is organic, it is produced without the use of artificial chemical fertilizers, pesticides, and other synthetic substances.

Organic describes animal raising practices and the process of growing, producing, and harvesting food the natural and traditional way, using only natural fertilizers and substances instead of hormones and man-made chemicals. Organic also describes indigenous farming practices and regenerative agriculture.

What Does GMO Mean?

Genetically modified organisms (GMOs) are initially created in a lab through a process called genetic engineering. This advanced technology takes DNA from one organism and moves it into another organism to create versions of animals and plants that aren’t present in nature. GMO doesn’t mean plant crossbreeding; rather, it refers to technologies and methodologies like gene-splicing.

GMOs are animals or plants whose genes have been mutated or modified resulting in an organism that doesn’t naturally occur. The goal is often to obtain a new and desirable trait, such as herbicide resistance or the ability to grow to larger sizes in poor weather conditions.

One of the main reasons behind the creation of some of the most widely used GMO crops today, such as soy and wheat, is to create a crop that’s more resistant to pesticides and herbicides. For example, the Roundup-ready GMO soybean was created to withstand the Roundup herbicide so that farmers could spray Roundup across fields to kill weeds, pests, and insects without harming the plant.

Not all foods have been genetically modified, but some are more likely to be GMO than others. If you’re trying to avoid GMOs, keep in mind that the foods most likely to be GMO include edamame, corn, yellow squash, and papaya from China or Hawaii, so you might want to buy those organic.

Can Organic Foods Be GMO? 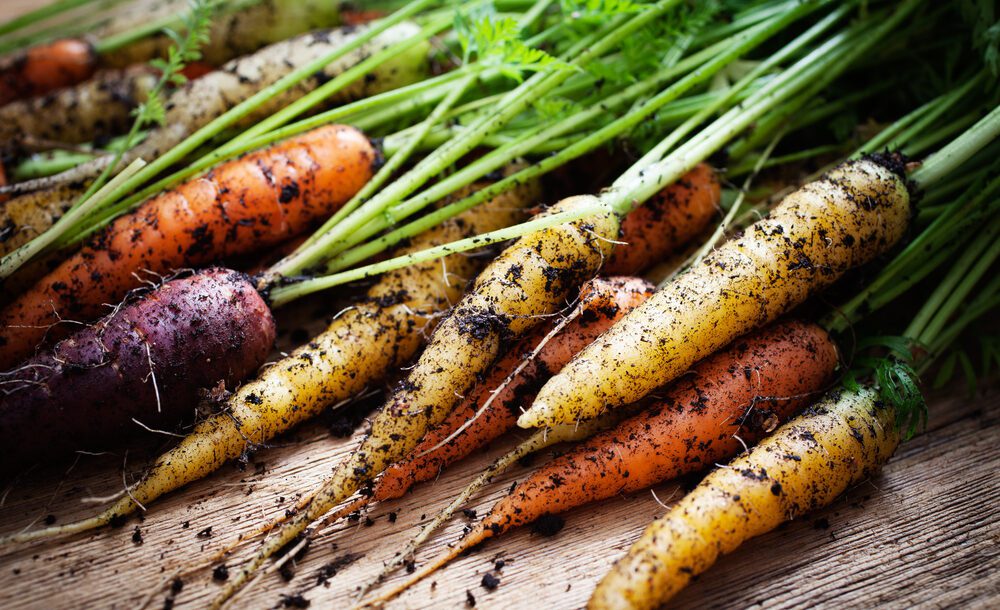 To obtain a USDA organic certification, there are costs attached, and farmers also have to prove they can meet the USDA organic standards and that they’re protecting their products from contact with prohibited substances like GMOs.

The USDA certification is designed to give you assurance that your food really is organic. There are farmers who are using organic practices, but they aren’t certified organic by the USDA for various reasons, including finances. Many people visit their local farms and farmers markets and take their farmer’s word that they are using organic practices and they aren’t spraying pesticides [3] [4] [5].

Why Are GMOs Used?

Proponents of GMOs claim there are numerous benefits to genetically modified crops, including decreasing the use of agrochemicals in farming and helping reduce food insecurity in impoverished areas by increasing crop yields [7].

Proponents believe organic farming isn’t sustainable and GMOs are a way to feed more people and preserve the planet. Proponents of organic farming and regenerative agriculture strongly disagree, and the debate rages on. Check out our detailed article for more information on the benefits of regenerative agriculture and how it can restore healthy soil.

Ultimately, long-term studies and more studies, in general, are essential to determine the true risks and benefits of GMOs and their effects on human health, livestock, wildlife, and the environment.

Why Do People Go Organic? 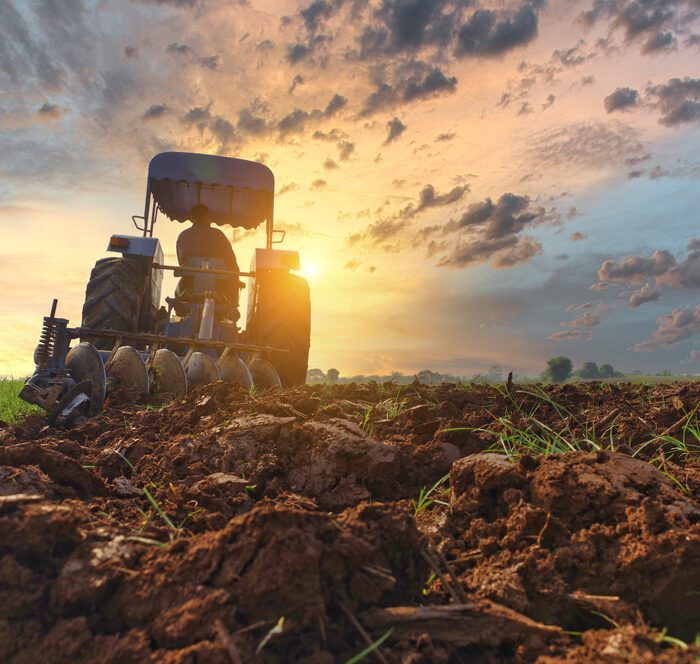 People go organic for many reasons, including to preserve the fertility and biodiversity of the soil and prevent soil erosion. Their goal is to improve the lives of livestock animals and avoid certain practices involved with factory farms and mass feedlot operations, such as toxic runoff contaminating the water supply.

Another reason people go organic is taste. Anecdotal evidence shows organic food tastes better, which is all a matter of opinion, of course. Some studies also show organic foods have more nutrition and healthy fat [8] [9] [10].

Another benefit of organic food is that synthetic materials and artificial additives are prohibited in organic farming and food products. Thousands of chemicals are allowed in conventional non-organic foods, including some artificial colors and preservatives that have been associated with health issues.

Roundup (glyphosate) is often heavily used on GMO crops and it’s also been classified as a human carcinogen. Studies conclude that those who ate organic foods frequently had a lower risk of developing certain types of cancer [11].

Critics of GMOs point to the lack of long-term studies and raise questions and concerns about the long-term negative impact of GMOs on public health, the environment and wildlife, property rights, food safety, and crop contamination. Critics highlight that not enough time has passed to truly understand how these modified foods could affect human health.

How to Make the Switch to an Organic Lifestyle

There are ways to make organic food cheaper, such as buying in bulk from stores like Costco or visiting your local farm and asking the farmer if they’ll cut you a deal if you buy in bulk as a repeat customer. Farmer’s markets and grocery stores often have affordable prices and sales. Start by growing a few simple organic herbs like antioxidant-rich parsley.

The important point is not to stress out, and if you’d like to switch to non-GMO and organic, do it over time when it’s affordable and available to you.