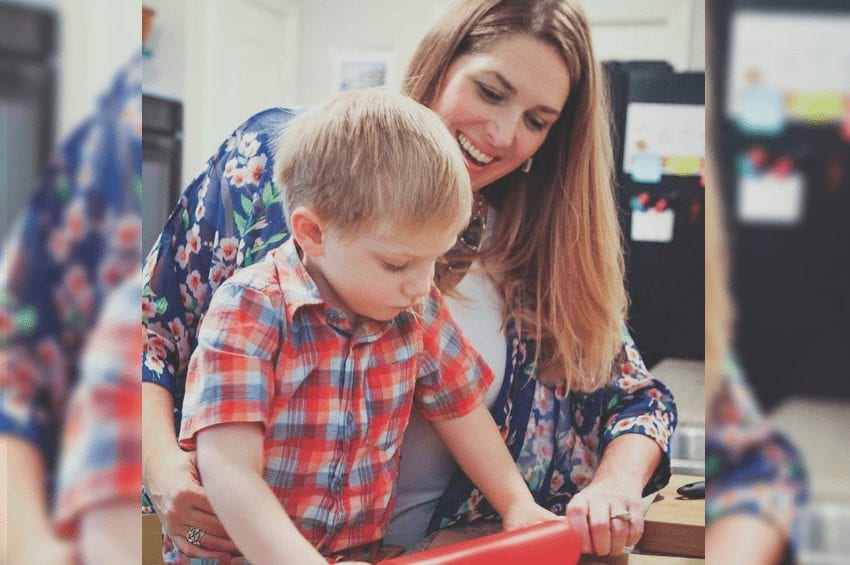 When did you notice that your son’s health was becoming an issue?

When Parker was 17 months old, I noticed that he had difficulty grabbing bath toys with his right hand and that he would often ball that hand into a fist. He was a happy and healthy toddler who was meeting all developmental milestones, so it seemed out of character.

After 2 months of watching his hand get progressively worse, we were referred to a pediatric neurologist who ordered an MRI of the brain and the top of the spine. The MRI showed a golf ball-sized tumor near his hypothalamus. A biopsy after a partial tumor resection a few weeks later showed that it was a Grade 1 juvenile pilocytic astrocytoma.

What was your experience with the hospital and overall medical system?

Overall, I’d say we had a positive experience with our hospital system here in Dallas. Our neurosurgeon, Dr. David Sacco, is a miracle worker and we built a lot of trust with him after Parker’s brain surgery.

The oncologists and nurses we’ve met over the past three years have also been incredibly caring and supportive. They were respectful of our son’s ketogenic diet after we provided research and made sure to accommodate his diet during hospital stays.

However, no one did the research or hard work for me—the push to make a change came from us. Our only negative experience was with insurance and billing claims.

What prompted you to try keto for his brain tumor and health?

It was another mother, not a doctor or other medical professional, who introduced me to the ketogenic diet.

On a brain tumor Facebook group, about 2 months into my son’s chemo protocol, I connected with a mom who mentioned the keto diet in a passing comment. Her child had the same exact tumor, location, and interventions as my son, but they had also added in a therapeutic ketogenic diet. Her child’s tumor was gone after treatment finished and it gave me the push to start my son on the diet.

I read Tripping over the Truth by Travis Christofferson and it helped me understand the fundamentals behind the metabolic theory of cancer. Once I understood the science, everything clicked into place. From there I started connecting with other organizations and parents who were using a ketogenic diet and I’ve never looked back.

What was your son’s health like before the keto diet?

My son was only two years old when we started him on the keto diet, and before his diagnosis he was a very healthy little boy. The hardest part of treatment was seeing him lose his hair, coloring, and energy. His appetite was also greatly diminished due to the chemo and he was losing weight. 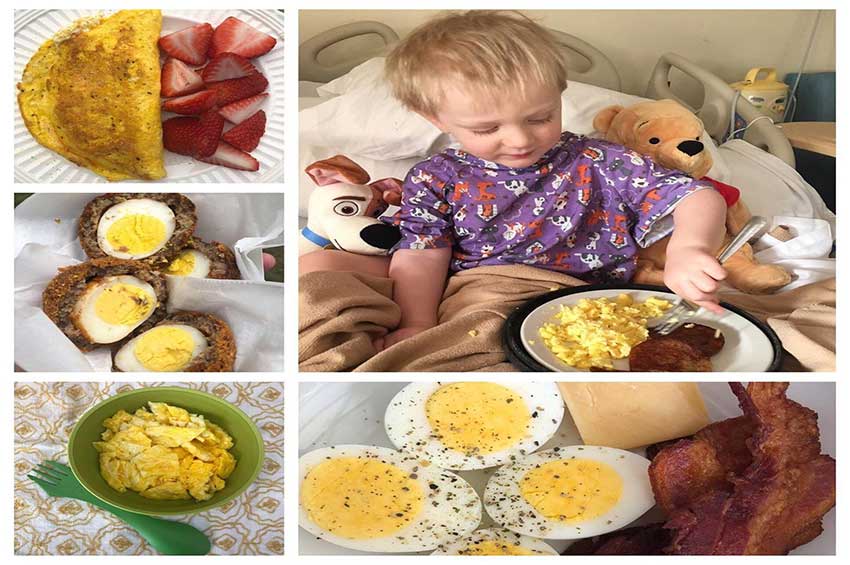 How did his health change after he began keto for the brain tumor?

One of the biggest outward changes was that he stopped losing weight and his coloring improved. We focused on simple, nutrient-dense options (eggs, butter, ground beef, avocados) at the beginning and this really seemed to help him.

But the biggest change of all came with the first MRI four months after starting the keto diet—all post-surgical edema was resolved and tumor was 30% smaller. It was beyond encouraging and it was real evidence that the ketogenic diet was enhancing the efficacy of the chemotherapy.

What struggles did you have to face as a parent?

A brain tumor diagnosis is something no parent expects. It shook me to my core and it made me question everything. It took me many months to process the trauma, guilt, and fear, and to wrap my mind around how something so seemingly impossible could have happened to us.

But diving into research and doing the hard work in my kitchen offered me a beacon of hope during an incredibly difficult time. It was a positive thing I could control when so much felt beyond my reach.

How did it feel to see your son improving in both health and happiness?

You don’t often see a child thriving during chemotherapy—in fact, people often didn’t believe he was in treatment.

To know that I was nourishing his body, while at the same time starving the tumor and protecting his healthy brain cells was the biggest gift that I could give both of us. To see him improve and for each MRI to get progressively better (with the tumor getting smaller and smaller) was truly the best feeling in the world. The before and after pictures of his brain scans still bring tears to my eyes.

How has your own life changed since your son’s condition improved?

I’ve gone through a metamorphosis these past three years, too. My whole family has gotten healthier, I’ve personally lost about 45 pounds after the birth of our second son, and I have learned so much about metabolic health and the human body.

But more importantly, this experience has shown me my purpose in life—the thing that lights my soul on fire. I love the saying, “Cancer didn’t bring me to my knees, it brought me to my feet.” And that’s why I share our journey. The ketogenic diet saved my son’s life and I know that it can help so many other children, too.

Do you have any words of encouragement for parents who are in a similar situation?

Always remember that you are in the driver’s seat of your child’s treatment. It’s up to you to do the research and make the lifestyle changes. No one will care about your child like you do!

Also, don’t wait to start until you feel ready… because that day may never come. Jump in with your mind and heart open. And lastly, try and have fun with it. Find new recipes, cook together in the kitchen, and smile. Our children feed off of our energy and attitude, so make this an enjoyable family adventure. Childhood is so much more than sugar.