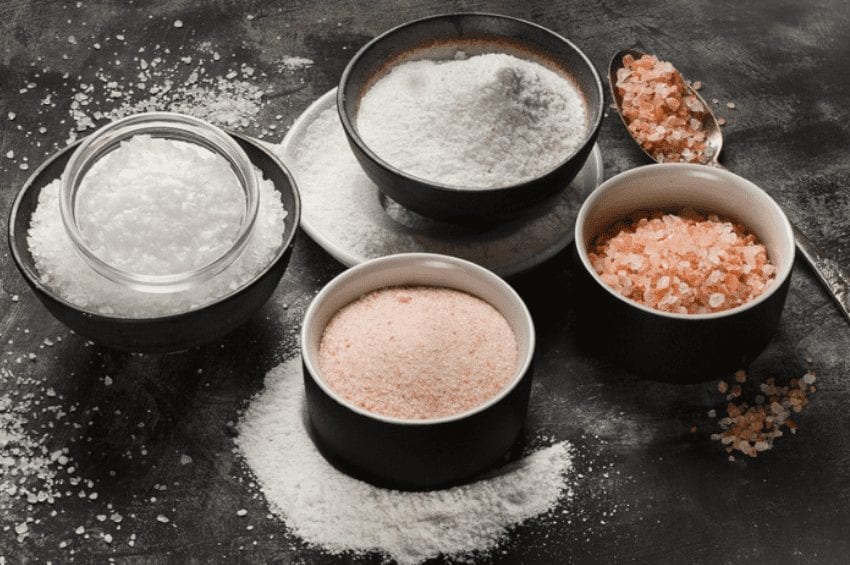 The importance of electrolytes has been established for a number of years, though it has increased dramatically in more recent history. Electrolytes are needed for a host of processes in order for our bodies to function properly. As many people have come to realize (especially athletes), not having enough of certain electrolytes can cause a lot of problems not only in the gym or on the field, but also in daily life. Maintaining the appropriate levels of electrolytes is even more of a concern on a ketogenic diet. In this article, we are going to dive into the relationship between ketogenic dieting and electrolytes.

By definition, an electrolyte is a substance that produces an electric charge when dissolved in water. In our bodies, electrolytes are minerals. All salts, for example, are electrolytes. Table salt, or sodium chloride (NaCl), is the most common salt that comes to mind for most people. From the standpoint of chemistry, a salt is a compound composed of ions, or charged particles, that are bonded by their opposite charges. When put in water, these particles separate (dissolve), causing the neutral charged compound to become separate charged particles, such as Na+ and Cl–. Our bodies can use these ions as needed respective to their function. Other important electrolytes include potassium, calcium, and magnesium.

What Do Electrolytes Do For Me?

Electrolytes are needed for a myriad of important roles in the body. Let us look at a snapshot of a few of the main electrolytes and some of their functions:

Where are the Electrolytes Going!?

Our bodies do an amazing job at maintaining its equilibrium with electrolytes. However, when our bodies have either too much or too little of any of them, problems can arise. For example, if sodium levels are too high, it raises our blood pressure by retaining more water and increasing blood volume. If it is too low, our blood levels and water content will drop to try to raise the relative concentration, which can induce fatigue, headaches, etc. The primary organs responsible for reabsorption or excretion of electrolytes are the kidneys.

When we are eating a high-carbohydrate diet, such as the western diet, our insulin levels are typically and consistently elevated, especially in those who are considered insulin resistant diabetics. Research conducted by DeFronzo et al. has shown that this insulin presence causes our kidneys to reabsorb more sodium and other electrolytes.[1] Based on this, it makes sense that a person eating a western diet would not need to worry as much about electrolyte deficiencies.

The ketogenic diet, however, has different results. By ingesting very low amounts of carbohydrates, we maintain a much lower plasma concentration of insulin. Therefore, our kidneys will not reabsorb as much of the electrolytes, causing our bodies to excrete them in our urine. As such, there is an increase in water excretion, which is commonly reported by those on a ketogenic diet. If our body is dumping electrolytes, it uses water as its vehicle. For these reasons, our electrolyte intake must be monitored while on a ketogenic diet.

How Do I Keep Balance?

The best way to combat a potential imbalance with ketogenic dieting and electrolytes is through the food you eat. This is why it is important to develop what is called a “well-formulated ketogenic diet.” Eating plenty of dark leafy greens often provides many of the minerals we need to complement a ketogenic diet and the fiber our guts need to maintain optimal health. While no exact numbers are currently in place for additional intake of these electrolyte, suggested amounts are:

It is important to note that excess electrolytes can be just as dangerous as a deficiency; however, our bodies are good at regulating those excesses. If in doubt, it could be in your best interest to get your mineral levels checked. One simple way you can keep your sodium levels up is to salt your food. It is commonly recommended to use a salt that has other minerals in it, such as Himalayan salt, as opposed to pure sodium chloride (table salt). There are additional common strategies like drinking bouillon/broth or eating pickles.

While we have heard we should eat a banana when we have muscle cramps (usually tied to low potassium), avocadoes actually have much more potassium and fit perfectly in the ketogenic diet! If you need to get some extra magnesium, take a tip from Popeye and eat a cup of spinach. One cup has 40% of the recommended daily intake, and it also contains a decent amount of calcium. Still, supplementing with one or more electrolytes is very common. If you find yourself lacking any of them, it is surprisingly inexpensive to make up for any imbalance by using a supplement.

Ketogenic Dieting and Electrolytes: The Takeaway

Electrolytes are common things to overlook for people on western and ketogenic diets. However, lacking proper intake of these micronutrients while following a ketogenic diet can further increase the negative side effects, leading to what has been coined the “keto-flu.” Due to the lower insulin levels, our bodies will excrete more of these minerals. To combat the side effects, you must increase your intake appropriately. Starting the diet off right with a well-formulated ketogenic diet is a great way to get off on the right foot!