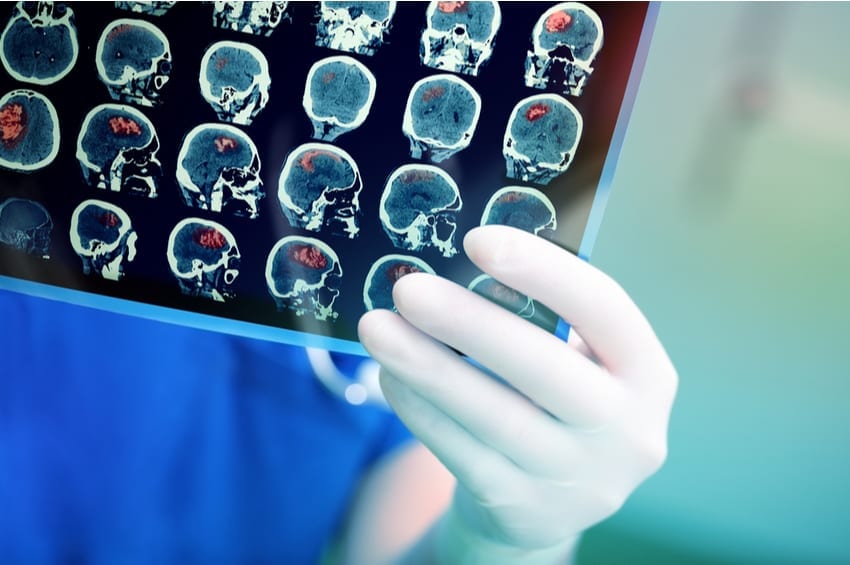 The ketogenic diet has received its fair share of backlash for encouraging fat intake. People often associate dietary fat consumption with cardiovascular disease, but new research over the past few years has been shifting that paradigm. No longer is dietary fat seen as the sole culprit behind cardiovascular disease, but rather research suggests that hydrogenated fats and processed carbohydrates (sugars) are a key contributor to these conditions. Moreover, numerous studies have actually suggested that a well-formulated ketogenic diet may not only improve cardiovascular health but also may be useful for stroke rehabilitation.

A well-formulated ketogenic diet consists of healthy fats, uncured and unprocessed protein, and non-starchy vegetables. A typical day of ketogenic dieting is filled with foods like avocados, broccoli, spinach, salmon, beef, and almonds. Consuming non-processed, nutrient-dense foods like these have been shown to improve blood pressure and cholesterol levels. [1, 2, 3, 4]

For a more in-depth look at how the keto diet affects cholesterol levels and what the research says, check out our full article Keto and Cholesterol: How the Ketogenic Diet Affects Your Heart Health.

What is Cardiovascular Disease?

What is a Stroke?

A stroke is an interruption of blood supply to the brain. There are two main types of strokes: ischemic stroke and hemorrhagic stroke. Additionally, a transient ischemic attack (also called a mini-stroke) is similar in nature. An ischemic stroke describes a block in the arteries that prevent proper blood flow to the brain. A hemorrhagic stroke descriptions a disruption in proper blood flow to the brain due to bleeding from a burst blood vessel. A transient ischemic attack (TIA) is a short-lived stroke caused by a brief block of blood supply to the brain. (5) 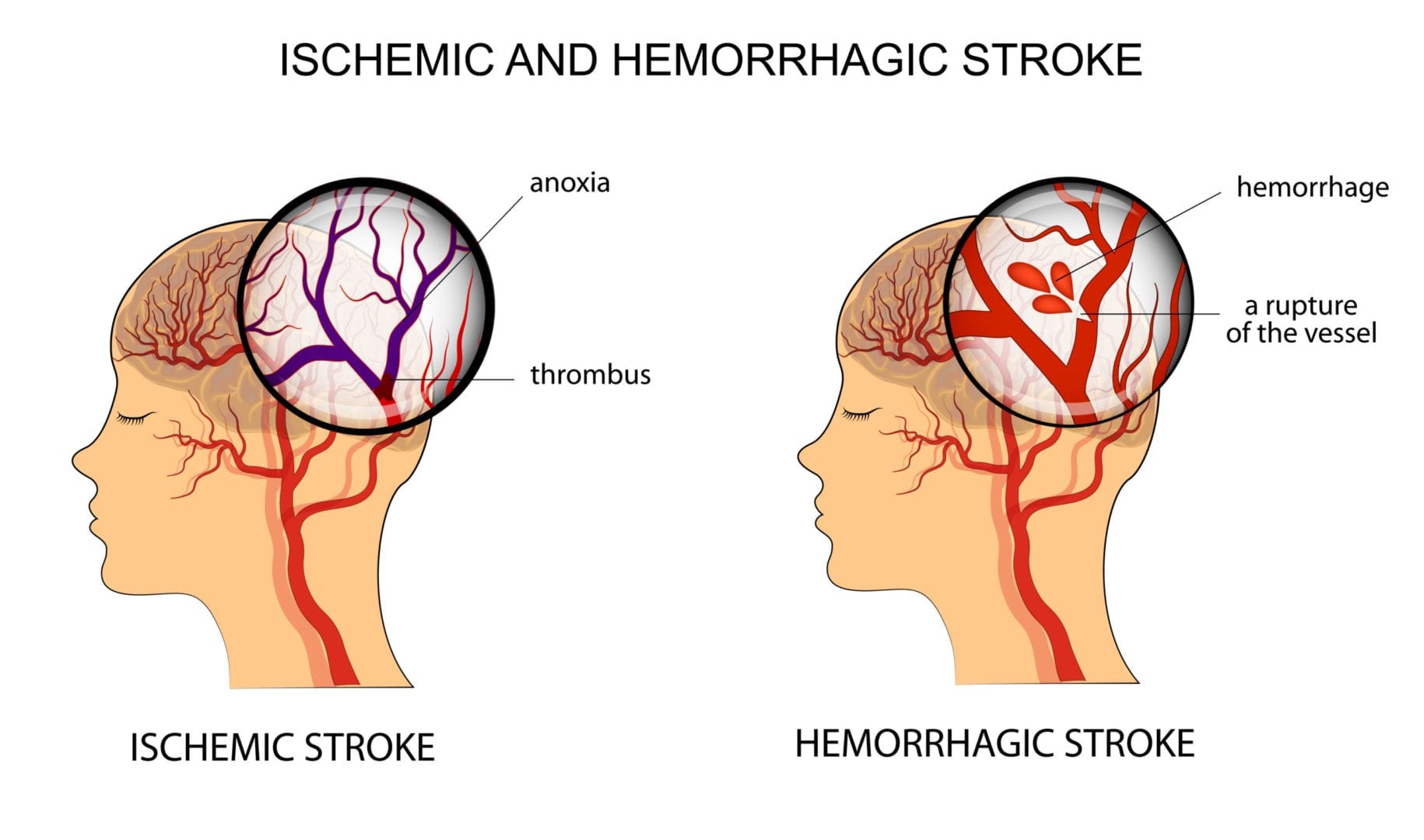 Strokes are extremely dangerous because a lack of blood to the brain means a lack of oxygen and nutrients. Hypoxia, or the inadequate supply of oxygen, leads to cell death. Strokes lead to neuronal death, which can cause permanent brain damage.

The main risk factors for strokes include the following:  (5)

What Does the Research Say?

Hypoxia (too little oxygen) is a direct result of strokes (reduced blood flow = reduced oxygen). Without oxygen, brain cells can die, which leads to permanent brain damage. Furthermore, without blood, the brain lacks the nutrients it needs– specifically energy. On a standard diet, the brain obtains energy (in the form of ATP) from glucose. But, if blood supply is reduced, there is also a reduction in glucose availability. Furthermore, a common phenomenon often noted in the literature is the reduction in glucose utilization (the ability to use glucose for energy) after a neurological event, like a TBI or stroke.  This study found that ketones are a preferential fuel source for the brain when oxygen levels are low. This means that ketones can help prevent neuronal death as a result of hypoxia (like from a stroke). 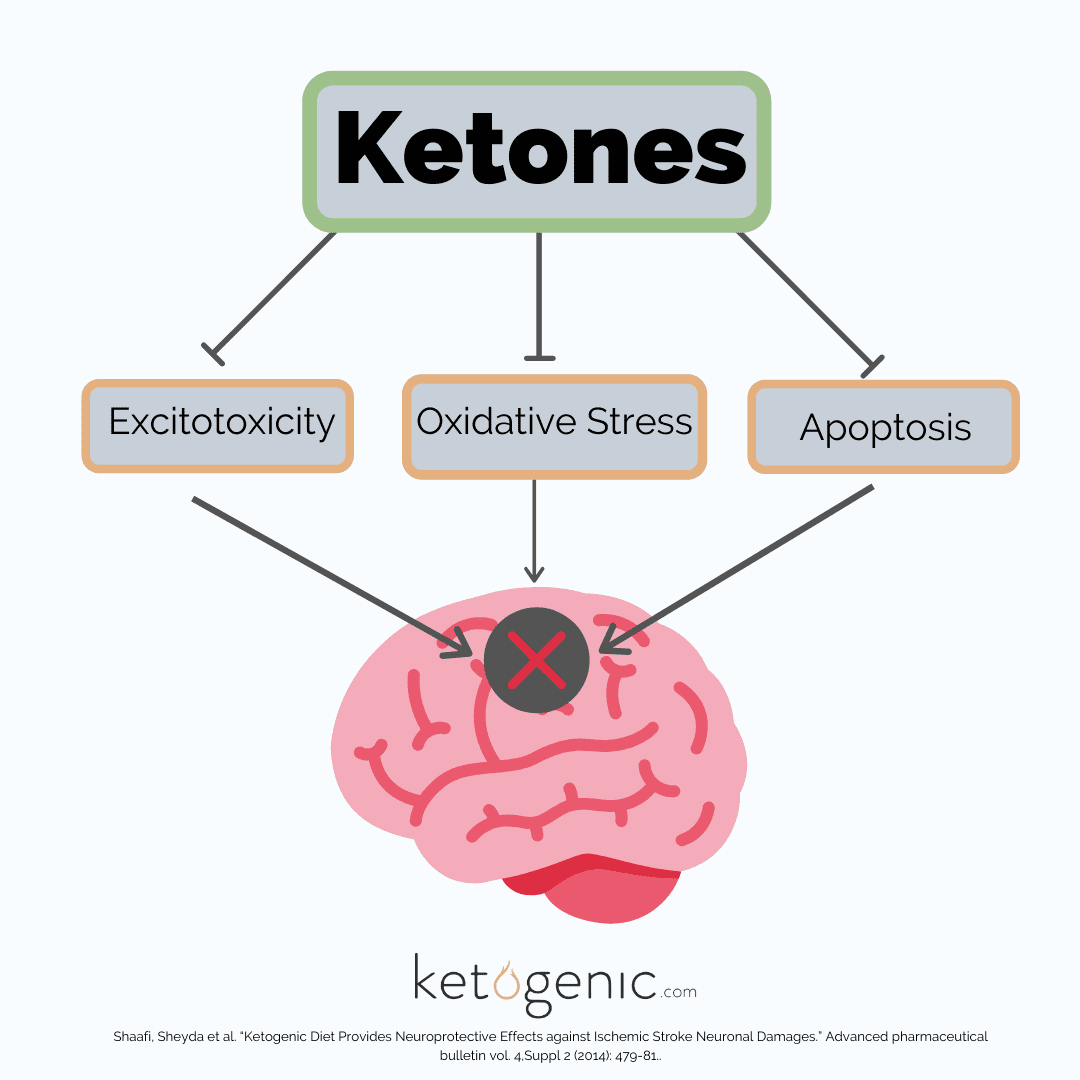 Previous studies from the researchers of this paper found that ketone bodies function as antioxidants (they reduce ROS-reactive oxygen species) by increasing the NAD+/NADH ratio (through the use of NADH as an electron donor). Because of this, the researchers decided to investigate what proteins (specifically sirtuins) mediated these effects. They found that after a causing a stroke due to the blockage of the MCA (middle cerebral artery), SIRT3 was upregulated and ketones functioned to reduce infarction volume (the volume of area affected by blood occlusion), enhance mitochondrial complex  I activity, improve neurological function, and reduce protein oxidation.

MELAS (mitochondrial encephalopathy and lactic acidosis and stroke-like episodes) is a genetic disorder that causes stroke and dementia. Ketones have been shown to improve mitochondrial functioning, and thus his study sought to observe the effects of a ketogenic diet on mitochondrial dysfunction in MELAS. A 22-year old woman was placed on a ketogenic diet in adjunct to antiepileptic medications. The ketogenic diet was shown to improve the respiratory chain complex (also known as the electron transport chain) functioning within mitochondria. This metabolic improvement improved seizure control and lead to less stroke-like episodes.

Since the ketogenic diet has been shown to have neuroprotective effects, alleviate excitotoxicity, and reduce oxidative stress in other neurological disorders, this paper investigated the effects of a ketogenic diet on cerebral ischemic injuries (injuries caused by lack of blood flow to the brain).

Conclusion: The ketogenic diet protects against excitotoxicity (through the regulation of glutamate), reduces oxidative stress (which plays a key role in ischemia/reperfusion injuries), and reduces apoptosis (cell death).

Paper #5: Stroke Outcome in the Ketogenic State- a Systematic Review of the Animal Data (10)

This meta-analysis looked at the effects of a ketogenic diet on cerebral ischemia (lack of blood flow to the brain) in 19 studies. Based on this analysis, it was found that ketone administration or following a ketogenic diet prior to or after a stroke would be beneficial. Ketones provided an alternative fuel source when glucose utilization was decreased, reduced inflammation, improved mitochondrial functioning, increased neurotrophin expression (like brain-derived neurotrophic factor or BDNF).

Conclusions on the Use of Ketones for Stroke Rehabilitation

While there are few human trials on the use of ketones for stroke prevention or rehabilitation, the data is promising. Numerous studies cite the benefits of ketones in providing the brain with an alternative fuel source, reducing inflammation, improving mitochondrial health, increasing neurotrophin expression, and reducing oxidative stress. For all of these reasons, fasting, following a ketogenic diet, or supplementing with exogenous ketones may be extremely beneficial after a stroke.