What Is An Artificial Sweetener and Can You Have Them on Keto? 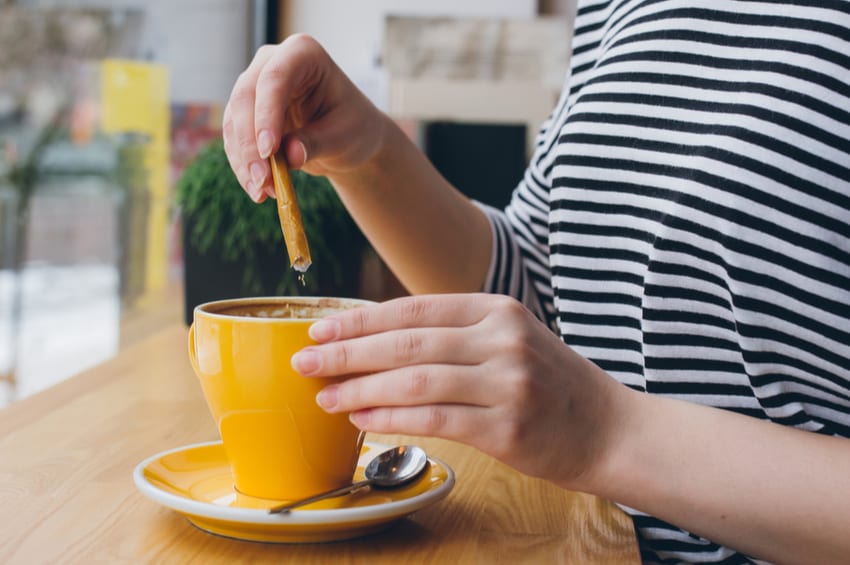 When googling the definition of an “artificial sweetener”, items such as aspartame, saccharin, sucralose, and non-nutritive come up. However, the main theme of artificial sweeteners is something that does not occur naturally and has a lower caloric value compared to natural sugars—like the ones in most fruits, vegetables, and some other foods.

“Artificial sweetener” is actually not even in the “Miriam-Webster” dictionary. When looking up the word “artificial”, it states descriptors such as “produced by a human” and “lacking in natural quality”. 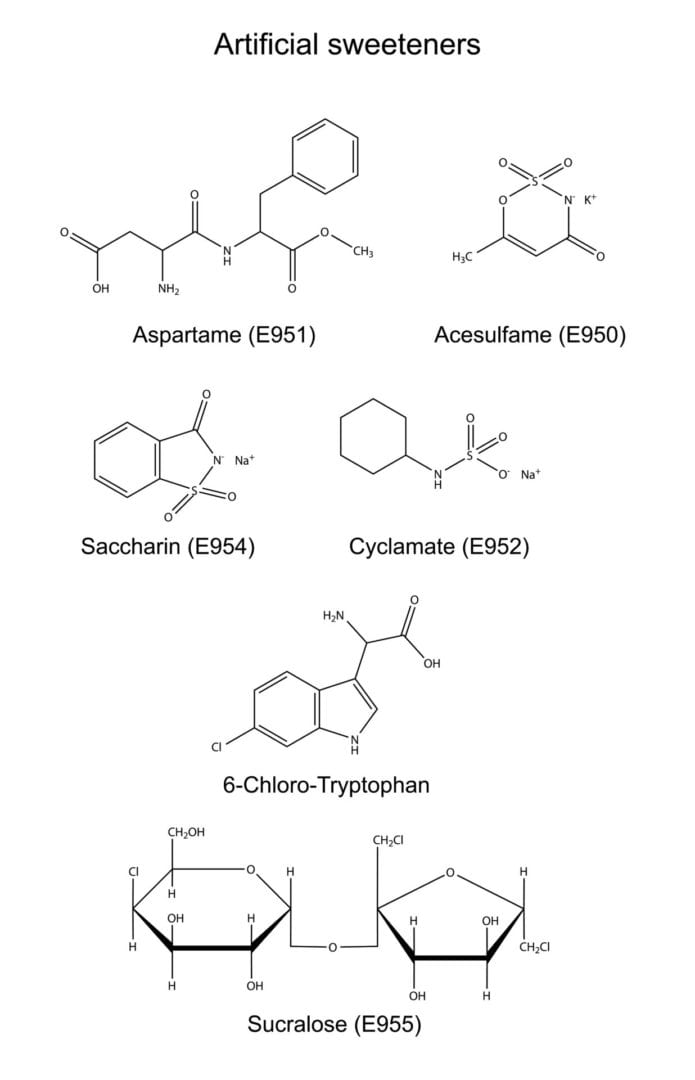 An Artificial Sweetener In Context

With all the emerging information and studies on sugar, artificial sweeteners, hormone, and neurological responses, it’s hard to not get overwhelmed.

What I would propose to you is to take a second to think about where you are now in your health journey compared to where you used to be, and then to where you would like to see yourself in the future. If you’re someone that used to drink Dr. Pepper and Coke every day for years and years, but now you’ve been able to switch to diet, that’s a step in the right direction.

I would suggest trying out the brand “Zevia” because they sweeten all their products with stevia (which comes from a plant), have tons of different flavors, and taste pretty close to the real deal. On the other hand, if you’re someone that has always been pretty wise with your diet choices and been following a ketogenic lifestyle for a while, but has hit a plateau, maybe it’s time for you to try and cut out all sweeteners to see if that can help kickstart your success again.

When I was stressed out and overwhelmed as a kid, my dad would ask me, “son… how do you eat an elephant?” My response was “I don’t know, just tell me” in my frustrated state; thinking it would be another corny dad joke (which everyone secretly loves). “One bite at a time” is the answer.

Think about that… while it’s good to not lose sight of your end goal, sometimes you have to take baby steps at first. Bigger goals also require more steps.

“But what about my sweet tooth!?”

If you read the article called “Trigger Foods”, you’ll know that the makeup of our gut microbiome can send false signals to our brain for sweets and other carbs. Before you get completely turned off to this article, I’m not here to bash (most of) these sugar substitutes. Do I think they are necessary for life and mental stability? Of course not… but I also realize that not everyone else cares as much as others about keeping a strict diet.

If you’ve been following a ketogenic lifestyle, you probably know there are plenty of alternatives to sugar that don’t cause an insulin response—stevia, monk fruit, and allulose are the most predominant. 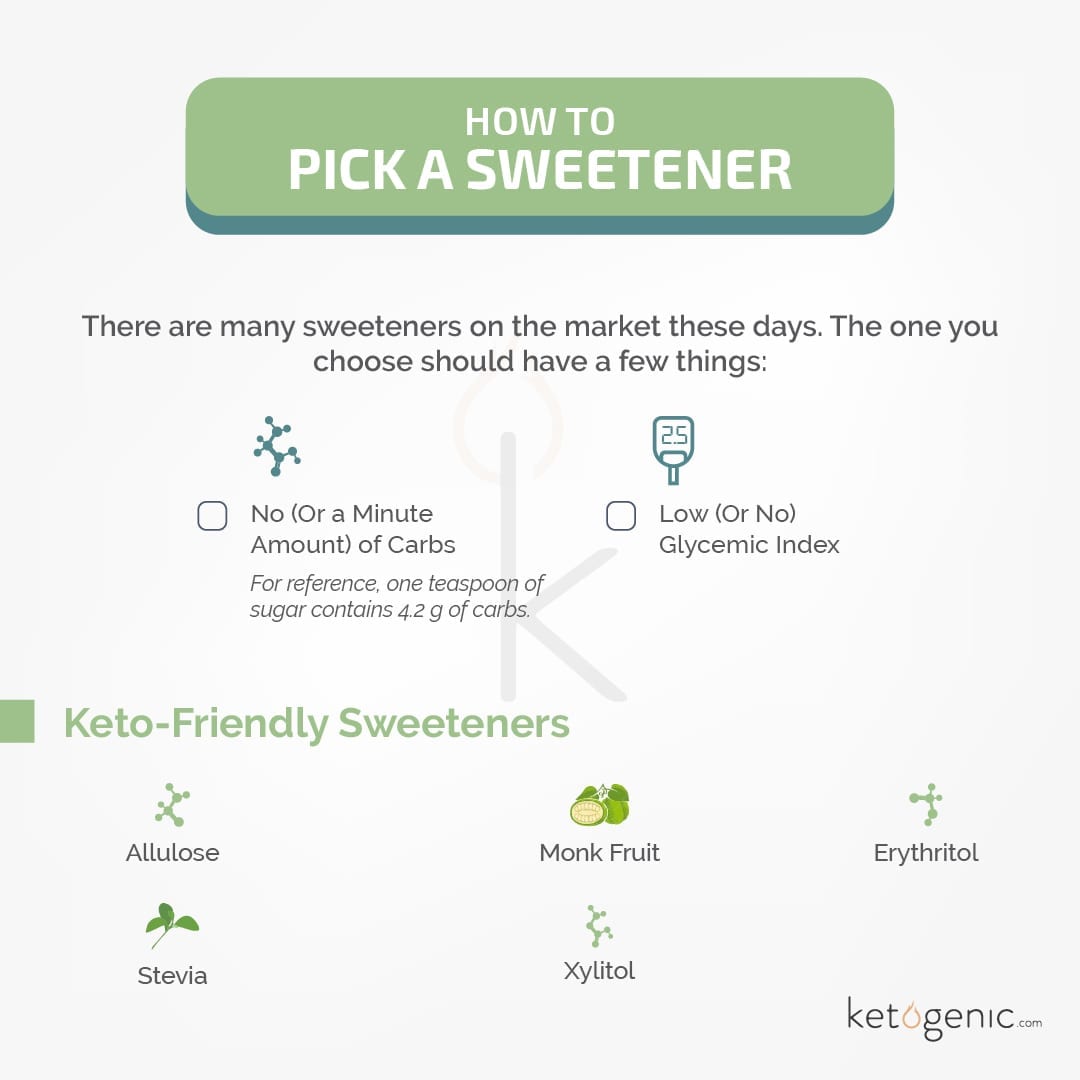 No Calories, No Harm…

Just like Dr. Ryan Lowery, I was the kid slamming down sugar left and right. Sour gummy worms, Oreo’s, and anything with the combination of peanut butter and chocolate was my kryptonite. Always playing sports and flat-out genetics played a role in staying skinny, but age and keeping a fast metabolism are inversely proportional, so being an inefficient energy processor wouldn’t last forever with the track I was on.

So is using artificial sweeteners the answer to our problems here? Possibly… possibly not.

People say “everything in moderation”, but what happens when moderation turns into overindulgence? You might also ask, “what does it matter if I overindulge on something that is calorie-free?” Let me now ask a question… have you ever just eaten stevia, monk fruit, or allulose by itself? I seriously doubt it.

It’s usually paired with other foods that actually have calories. While our bodies are not an elementary math equation proving the simplistic “calories in, calories out” thermodynamics to be true, a 5’2” 115lb person eating 4,000 calories a day will most certainly gain weight. I understand this is hyperbole, but you get my point.

An Artificial Sweetener A Day Can Be Slippery Slopes

Eating disorders are quite more common than most people realize and binge eating is the most common in the United States. I want to reference the “Trigger Foods” article again by saying IT’S NOT YOUR FAULT. Let’s look at a review of studies that compared sugar and low-calorie sweeteners to neuronal responses. They concluded that “it appears that caloric sweeteners differ in their ability to promote satiety and, in fact, some appear to potentiate feeding.”

Moreover, both caloric and non-caloric sweeteners (like an artificial sweetener) appear to act on brain reward mechanisms in ways that likely perpetuate their intake. Further, though both types of sweeteners are perceived as rewarding, not surprisingly, especially under conditions of caloric deficit, caloric sweeteners act as more potent reinforcers.” [1]

Going back to my earlier statement of eating an elephant—if you’re coming off of sugary sodas, switching to Zevia is a good stepping stone. However, I still want to give you all the details to know that artificial sweeteners have still been linked to changes in the brain… which COULD in turn cause you to overeat on whatever you’re pairing your sweetener with.

Like I said… I still want to give you all of the details, so let’s take a look at one more study. This one was done in 2018 and honestly causes some controversy in my own head.

This specific study is the only one I have found to date that compares the impact of caloric vs. non-caloric sweeteners on food intake and brain responses. They wanted to see how the impact of consuming water, sucrose, or a non-caloric sweetener would affect brain responses to visual food cues and spontaneous food intake. Essentially, which one of the three would spark the brain to want to eat more.

What they found is that there was NOT an effect on immediate food consumption for those drinking a non-calorically sweetened drink, but there WAS an effect on the areas of the brain that are linked to food intake regulation. [2]

They go on to list their limitations to the study—some of which include the fact that neuronal responses to long term sweet taste tend to decline due to receptor responsiveness and the fact that participants knew that there was an absence of sweetness with the “water” group even though it was a double-blind study.

I would also like to personally point out that the participants were, number one, drinking at least 3 sugary sodas per day before the study and, number two, not following a ketogenic diet before or during the experiment.

As with most things, you have to take information with a grain of salt and keep it in context. Try to learn your body, personality, and habits. If you’re someone that gets a little taste of anything sweet and will devour anything in your path, don’t enable yourself. Focus on nutrient-dense foods that will satiate you.

If you’re someone with obscene amounts of self-control, more power to you. If you’re someone just wanting to make a few positive changes, but enjoy sweets with family and friends, then go for it and don’t stress. Last, but not least… if you’re like me and go through different kicks or phases depending on where you are in life… adapt and try out all 3.