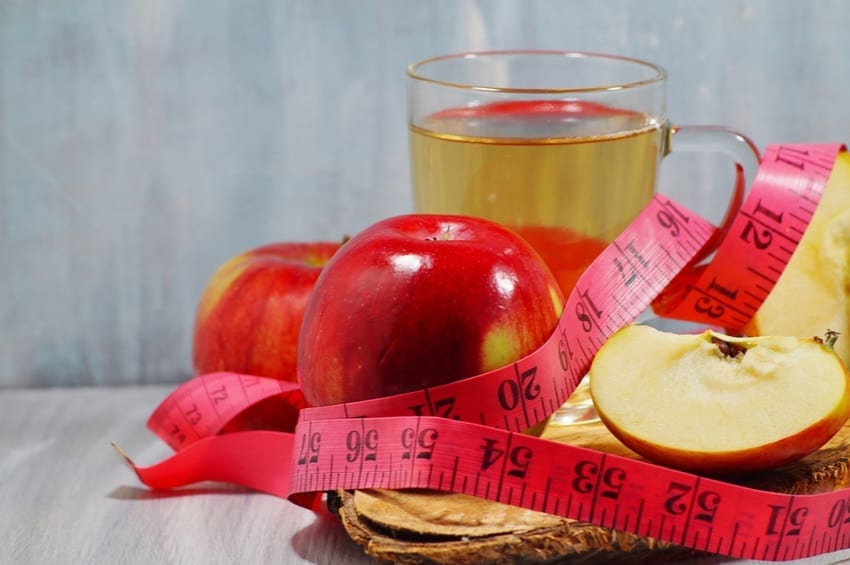 What is Apple Cider Vinegar?

Making apple cider vinegar involves a two-step fermentation process. Apples are crushed or cut and merged with yeast to convert their sugar into alcohol. For the second step, the manufacturer adds bacteria to ferment the alcohol into acetic acid.

Apple cider vinegar production typically takes around one month. Some manufacturers dramatically accelerate the process, so it takes as little as one day. Many people believe higher quality apple cider vinegar is obtained with the longer fermentation process.

Acetic acid (or ethanoic acid) is the primary component of apple cider vinegar. This organic compound has a strong odor and sour taste. The term acetic comes from the Latin word for vinegar: acetum [1,2].

Acetic acid makes up around 5-6% of apple cider vinegar. Acetic acid refers to a short-chain fatty acid that dissolves into hydrogen and acetate in your body. Apple cider vinegar also contains water and minor amounts of other acids, such as malic acid [3].

Based on the current research, there is not enough evidence to suggest that drinking apple cider vinegar alone will not help you lose weight. Not to mention, much of the research to date is from animal studies (~80% of which does not correlate to humans).

Insulin is the fat-storage hormone, and acetic acid has been shown to reduce the ratio of insulin to glucagon, which might encourage fat burning and weight loss. Acetic acid has also been shown to improve the ability of the muscles and liver to take up sugar from the blood [4].

The research also suggests acetate (an ester or salt of acetic acid) might suppress the brain centers that control appetite, which can lead to a reduction in food and caloric intake [10,11]. For example, in one study, one hour after eating, those who took vinegar with a high-carb meal had a 55% lower blood sugar response [12]. 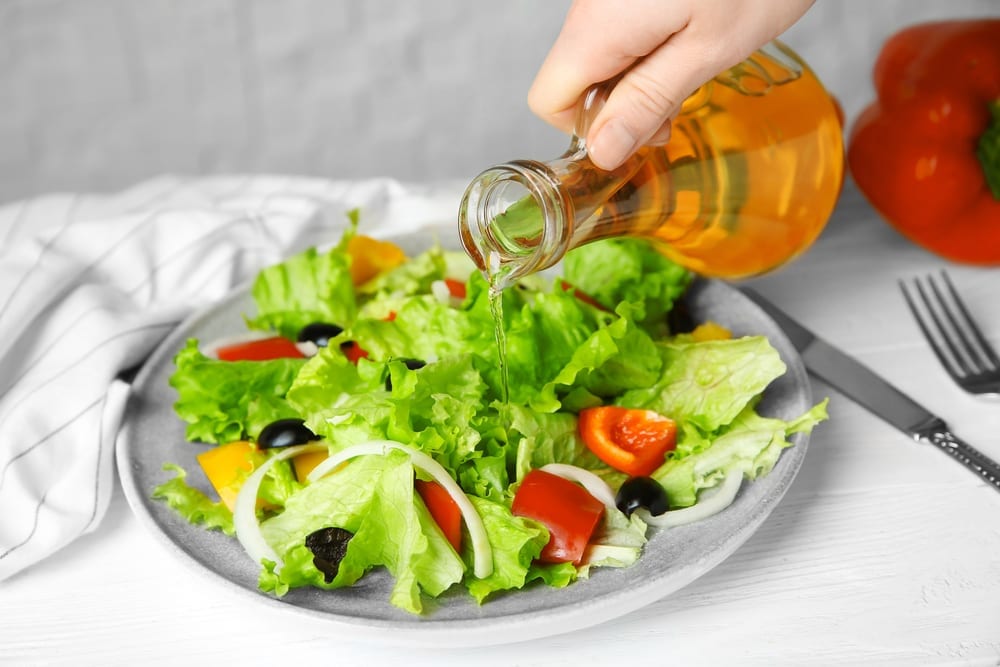 Best Ways to Include Apple Cider Vinegar into Your Keto Diet!

Most health professionals don’t recommend taking more than 1 tablespoon (15ml) at one time.  The pH of ACV is very acidic so it’s important to dilute it so it doesn’t burn the inside of your mouth or esophagus.

An easy way to include apple cider vinegar into your keto diet is by mixing it with olive oil as a salad dressing. It’s especially tasty with cucumbers and leafy greens.

You can also use apple cider vinegar for pickling vegetables or simply mix it into the water and drink it. The amount that’s typically used for weight loss is 1-2 tablespoons per day, mixed with water. You might want to split this into 2-3 doses throughout the day, and you might get the best results by drinking it before meals.

Try apple cider vinegar in one of these keto recipes:

Do You Use Apple Cider Vinegar For Weight Loss?