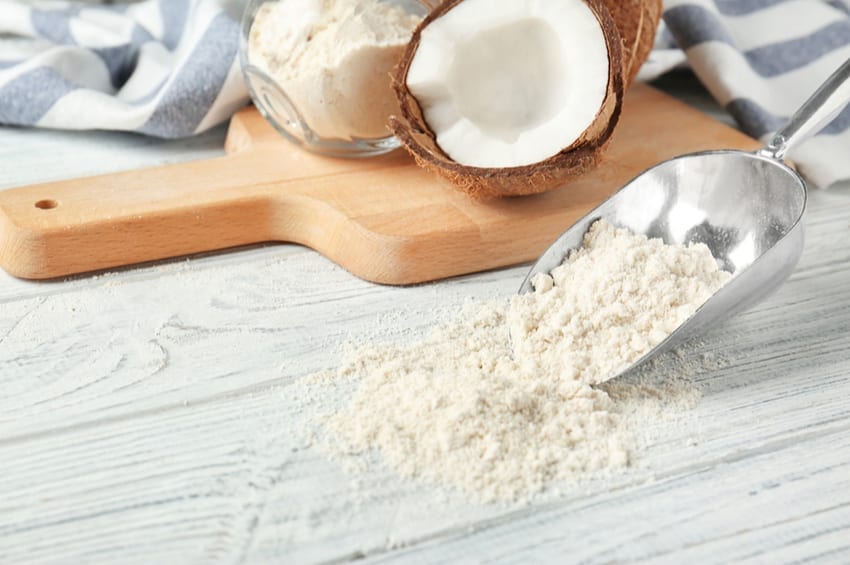 A high-fiber and low-fat option, coconut flour is popular among those who follow alternative diets like gluten-free, ketogenic, and Paleo.

What Is Coconut Flour?

Made from the dried pulp of coconut meat, coconut flour is a cream-colored and far denser than typical flour. It does not replace one-for-one in typical recipes, giving it a slight learning curve for new users. Start by following recipes written for coconut flour before substituting it in others.

Nutritional information for coconut flour versus white wheat flour is as follows: 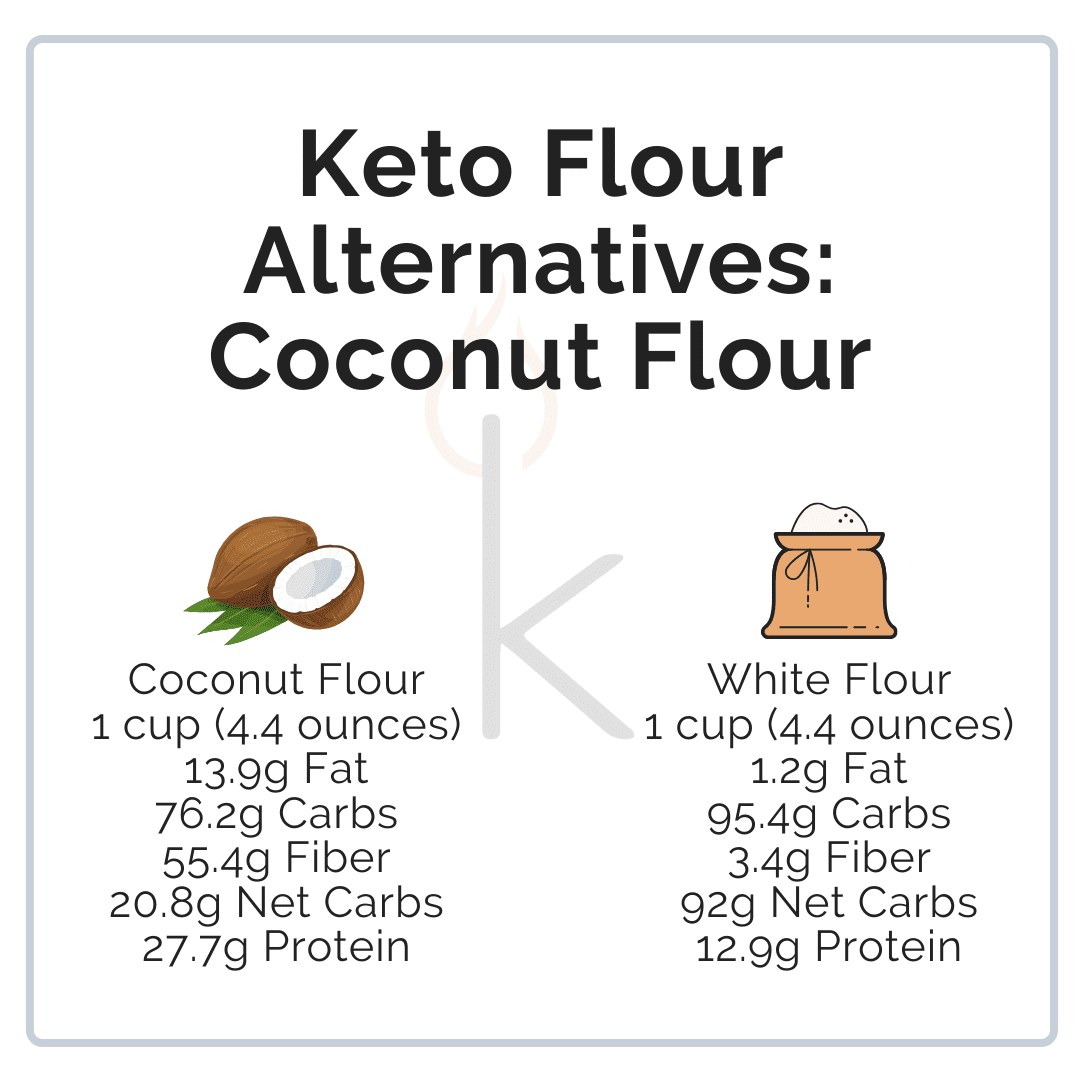 1. Absorption: Coconut flour absorbs more liquid than other types of flour thanks to the higher amount of fiber. If you don’t want your baked goods to be dry and dense, you’ll need to add extra eggs if you’re cooking from a recipe not originally designed to use coconut flour. Plan on using 1 large or extra-large egg for every ¼ cup of coconut flour that is in your recipe.

2. Gluten-Free & Wheat Swaps: If you are replacing wheat flour or gluten-free flour that comes from grains, you’ll swap 4 cups of that for 1 cup of coconut flour.

3. Taste: Coconut flour has a distinct coconut taste, so it may not be the best for savory recipes. Due to the denseness, it may also require different cooking times depending on ovens and even the size of the eggs used in the recipe. Always aim for the lower cook time and check often to avoid over-baking and dried-out results.

If you want to learn to cook with coconut flour, start with these delicious recipes.

How does Coconut Flour Compare to Almond Flour?

Coconut flour may have a higher net carb count, but less is needed because it is more absorbant. Check out our full article on almond flour to learn more.

Do You Use Coconut Flour?

If you incorporate coconut flour into your diet, comment below and let us know your favorite recipe! Also, make sure to follow us on social media for more recipes that use flour alternatives, like coconut flour!