Low Carb Smoothie King: How to Order a Keto Smoothie 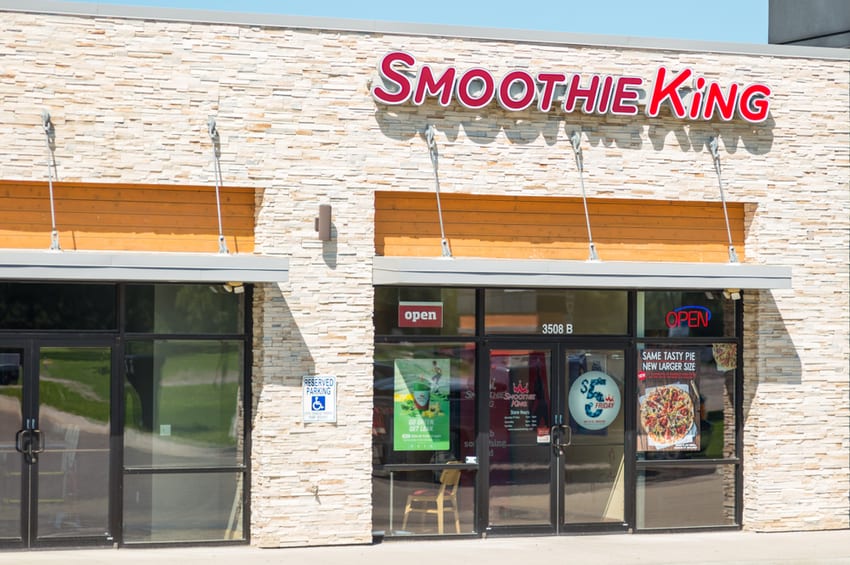 Why is it that smoothies are seen as a “health food”? After all, most are loaded with added sugar. The average smoothie has 400-500 calories and 20-40g of sugar! Is it even possible to order low-carb at places like Smoothie King? Yes! Here’s a quick guide to how to stay keto at Smoothie King!

What to Avoid At Smoothie King

The most obvious drinks to avoid at Smoothie King include anything with pineapple, mango, orange, or banana. These fruits are high in carbs and even without the added sugar, can kick you out of ketosis.

Avoid The Hulk line at Smoothie King. All of these smoothies have ice cream added and contain around 60-100g of sugar!

It is going to be pretty difficult to stay keto at a place like Smoothie King. The majority of their menu is loaded full of added sugar. The three Keto Champ smoothies are reasonable options but are on the higher-carb side. The smallest ones contain 9-11g of net carbs. Since the average ketogenic dieter consumes less than 20g of carbs a day, this will definitely take up the majority of your carbs for the day. Keep that in mind when visiting smoothie king while following a ketogenic diet!

Try Making Your Own Smoothie At Home!

Craving a smoothie but don’t want to go in-store? Try making a keto smoothie recipe at home! Here are some simple ones to try:

Do You Order Keto or Low-Carb at Smoothie King?