Is Grapefruit Keto? Should You Avoid Citrus on Keto? 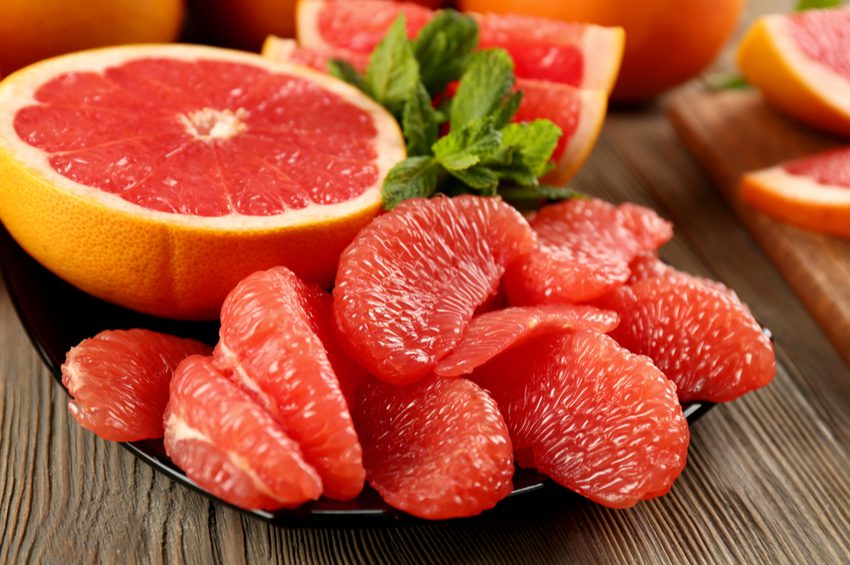 Grapefruit is a citrus fruit that is a cross between an orange and a pomelo. There are several color varieties of grapefruit including white, pink, yellow, and red, but they are primarily pink or red on the inside. Grapefruit has a sour taste and is not as traditionally sweet as most fruit. Since they are more sour than sweet, some assume they are lower in sugar. Does that mean they are low carb? Is grapefruit keto?

Grapefruit packs a substantial amount of vitamin C (37mg per 1/2 grapefruit serving). It also provides vitamin A, potassium, and calcium. [1]

1 whole small grapefruit contains about 20g of carbohydrates, 3g of dietary fiber, and 17g of net carbs. Since the average ketogenic dieter consumes less than 20 grams of carbs a day, grapefruit are not traditionally considered keto-friendly. Grapefruit is also low in fat and the ketogenic diet is a high-fat diet.

That being said, some individuals are able to eat up to around 50 grams of carbs a day on the ketogenic diet. Grapefruit is not considered a low-carb fruit; however, if portioned, it could be consumed in moderation. For example, 1/4 of a grapefruit has about 4g of net carbs.

When consuming grapefruit on low-carb diets, it’s important to eat only in moderation and to closely monitor the carb count so that you do not exceed your total daily carbs.

Do You Eat Grapefruit on the Keto Diet?

Comment below and share your thoughts with the community! Is grapefruit keto? Or do you avoid it?