The Ketogenic Diet: Everything You Need to Know to Get Started 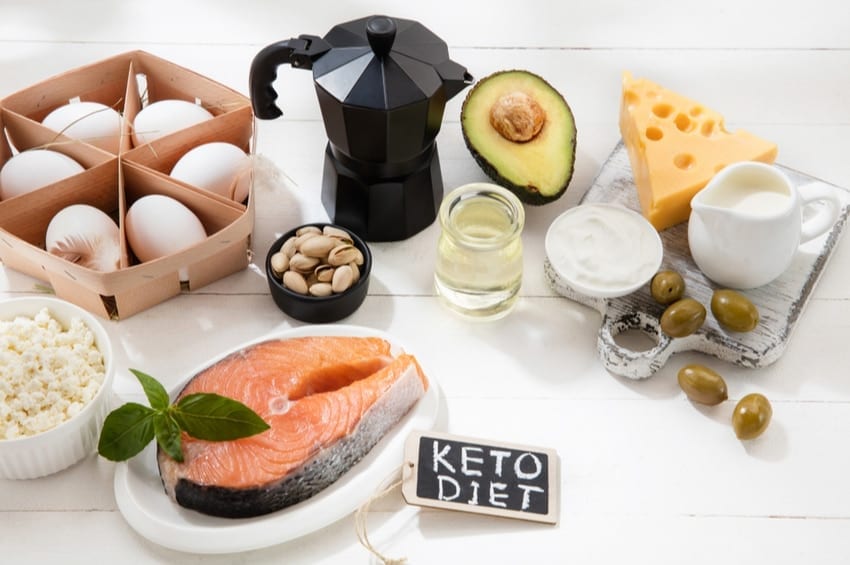 Learning the basics of the various metabolic processes of the body will better your ability to understand ketosis. Under the normal physiological conditions that are common today, glucose is our body’s primary source of fuel.  Following ingestion, carbohydrates are broken down into glucose and released into the bloodstream.  Glucose is taken in by cells via GLUT transporters.  There have been 5 identified GLUT transporters (1-5).  GLUT 2, the primary transporter for glucose in the pancreas (and liver) can take in glucose and signal for insulin release by the pancreas.  Insulin is required for activation of primary GLUT transporters specific to muscle, heart, and fat cells (GLUT4) but is not required for glucose uptake in the liver, pancreas, brain, and red blood cells.  Insulin not only activates the uptake of glucose but also the inhibition of lipolysis.  The amount of insulin required for this action varies between individuals depending on their insulin sensitivity.  Once inside the cell, glucose undergoes glycolysis; a metabolic process that produces pyruvate and energy in the form of adenosine triphosphate (ATP).  Once pyruvate is formed as an end product of glycolysis, it is shuttled into the mitochondria where it is converted to acetyl-CoA by pyruvate dehydrogenase and enters the TCA cycle to produce additional energy with the aid of the electron transport chain.  Since glucose is so rapidly metabolized for energy production and has a limited storage capacity, fat is typically stored due to its virtually infinite storage capacity.  When sufficient carbohydrate is not available, the body adapts by first mobilizing stored fatty acids and then burning them to supply energy demands. When this process occurs at high enough levels, ketones are produced in the liver. 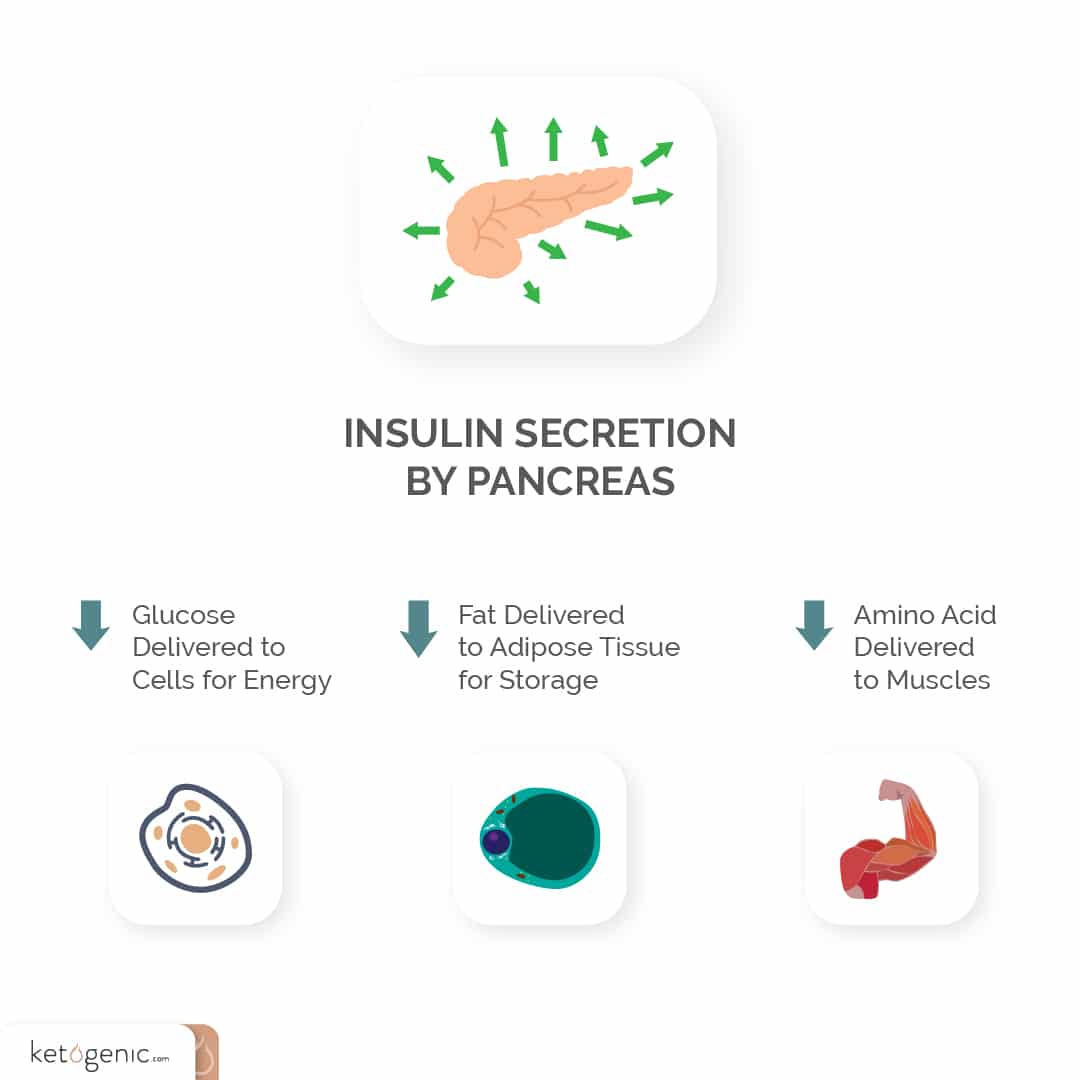 Ketones are organic compounds that are produced by the liver during times of low blood glucose, decreased insulin production, and increased fatty acid oxidation.  There are three different molecules that are classified as ketones or ketone bodies: Beta-hydroxybutyrate, acetoacetate, and acetone.  Acetoacetate (ACAC) and beta-hydroxybutyrate (BHB) are the primary ketone bodies that are utilized by the body and acetone is rapidly exhaled through the lungs and excreted in the urine.  Acetone does, however, serve as an alkalizing agent to prevent acidosis from ketone production from occurring.  Ketones are produced through a process known as ketogenesis.  This process begins with acetyl CoA (through beta-oxidation of a fatty acid).  Two acetyl-CoA molecules are condensed to form acetoacetyl CoA.  Acetoacetyl CoA is then joined by an additional acetyl-CoA, resulting in the formation of HMG CoA.  HMG CoA is then cleaved resulting in acetoacetate and acetyl CoA.  Acetoacetate can either exit the liver or be converted to BHB prior to entering circulation.  From a biochemistry standpoint, BHB is technically not a ketone due to its lack of a carboxylic acid, which is required to actually be a ketone. [2]

How are Ketones Produced?

Ketones are produced in the liver; however, there are different methods in which ketones can be produced.  For a more in-depth look at the different types of ketosis check out Are There Different Types of Ketosis?  At this point, it is important to highlight that the production of ketones can occur following beta-oxidation, the break-down of fatty acids, through a process called ketogenesis.  This can occur when dietary fat consumption is increased and carbohydrates decreased or during times of elevated mobilization of stored fatty acids such as during a fast.  Fatty acids can be found within adipocytes (fat cells), our body’s main source of stored energy.  Fatty acids are bound to glycerol in the adipose tissue and stored as triglycerides.  Triglycerides are also the main form of fat found within the foods we eat.  A triglyceride is comprised of three fatty acids and 1 glycerol backbone.

Under conditions of decreased fuel availability such as fasting, glucagon (which suppresses insulin production) activates hormone-sensitive lipase to activate a process known as lipolysis.  During lipolysis, triglycerides are broken down into free fatty acids (FFAs) and glycerol which are released into circulation.  FFAs are transported through the blood to be utilized for ATP (energy) production by many organs, especially the heart, skeletal muscle, and liver.  Glycerol is delivered to the liver and utilized for gluconeogenesis.  As blood glucose decreases, further hormonal responses (catecholamine and cortisol) cause additional mobilization of FFAs.  Once fatty acids enter the cell, they are converted to fatty acid acyl CoA and bound to carnitine to allow for mitochondrial entrance.  This is where beta-oxidation can occur.  Beta-oxidation of FFAs results in the production of acetyl-CoA which then enters the TCA cycle ending in energy production.  This primarily takes place in skeletal muscle and cardiac muscle.  On the other hand, when the liver takes in high amounts of mobilized fat, it can produce ketones from the acetyl-CoA. [1] 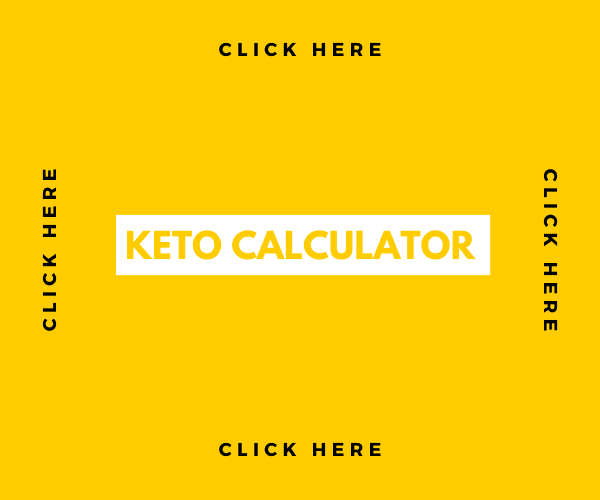 When we restrict carbohydrates and increase our dietary fat consumption, we can also produce ketones within the liver.  This occurs due to an increased need for fuel resulting from the restriction of carbohydrates.  This action forces the body to digest and metabolize fats rather than shuttling them towards storage.  The increase in fat oxidation can further result in ketone production. 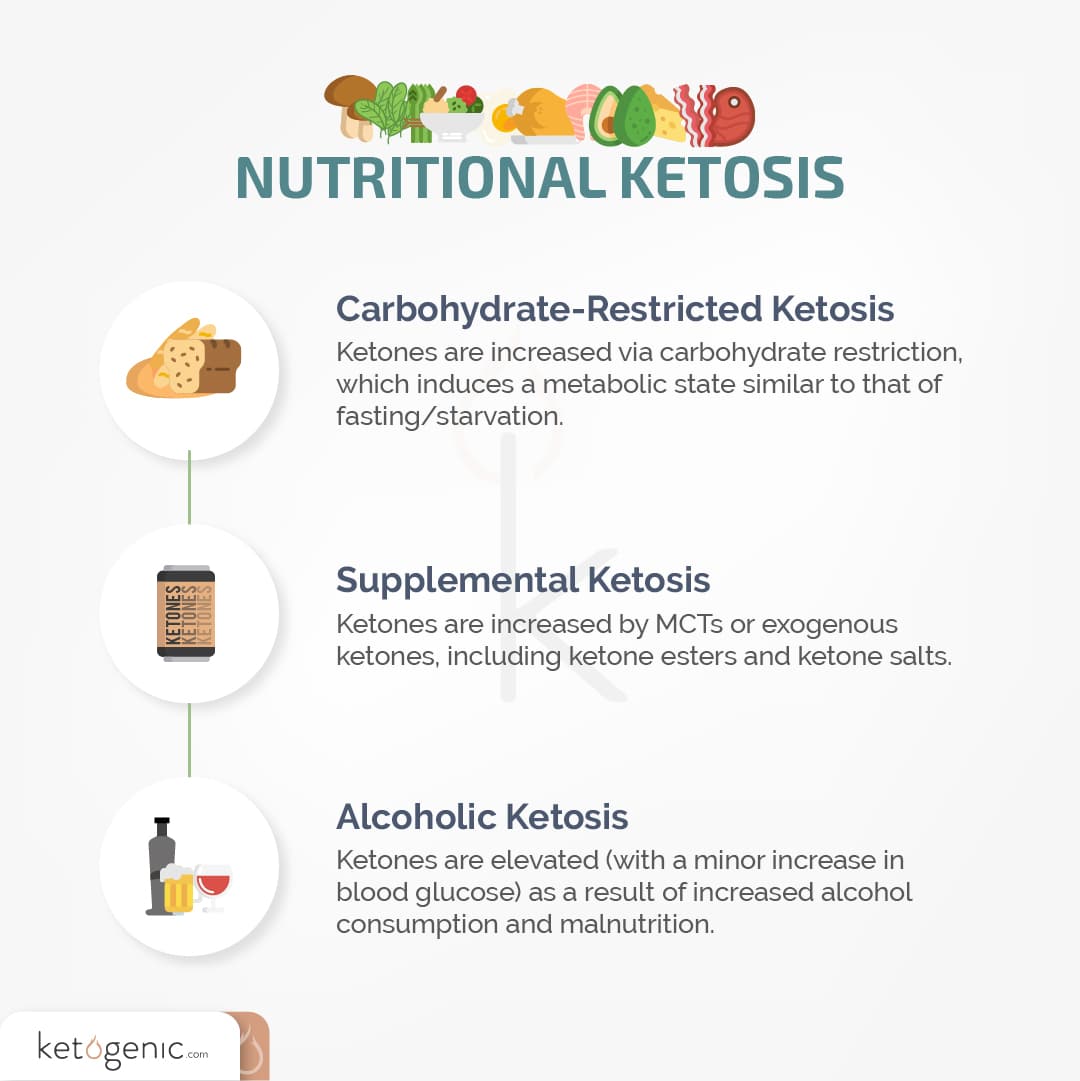 Ketones can be produced by an increase in fat oxidation.  This can occur as a result of low blood glucose and depleted liver glycogen, which depletes substrate from the TCA Cycle (oxaloacetate) for gluconeogenesis.  This renders the TCA cycle (also known as Krebs Cycle or citric acid cycle) inactive.  This results in a build-up of acetyl-CoA in the liver.  This excess acetyl-CoA can then be used for the production of acetoacetic acid which can either be excreted into the bloodstream or converted to beta-hydroxybutyrate depending on the redox state of the cell.  This is the primary mode of ketone production during a prolonged fast.  An additional way in which ketones could be produced is through the increase in dietary fat intake.  Under this condition, ketone production can increase from not just a depletion in oxaloacetate but also from an overproduction of ATP, which regulates the rate of the TCA cycle.  If the cycle becomes halted or slowed, remaining acetyl-CoA can be shuttled towards fatty acid resynthesis or ketone production.

The liver does not possess the appropriate enzymes (specifically SCOT) to utilize ketones. Therefore, ketones in the liver are shuttled into the bloodstream to be delivered to peripheral tissues known as extrahepatic (outside the liver) tissues.  An increased concentration of ketones in the blood (0.5-10.0 mmol) leads to the metabolic state known as ketosis. 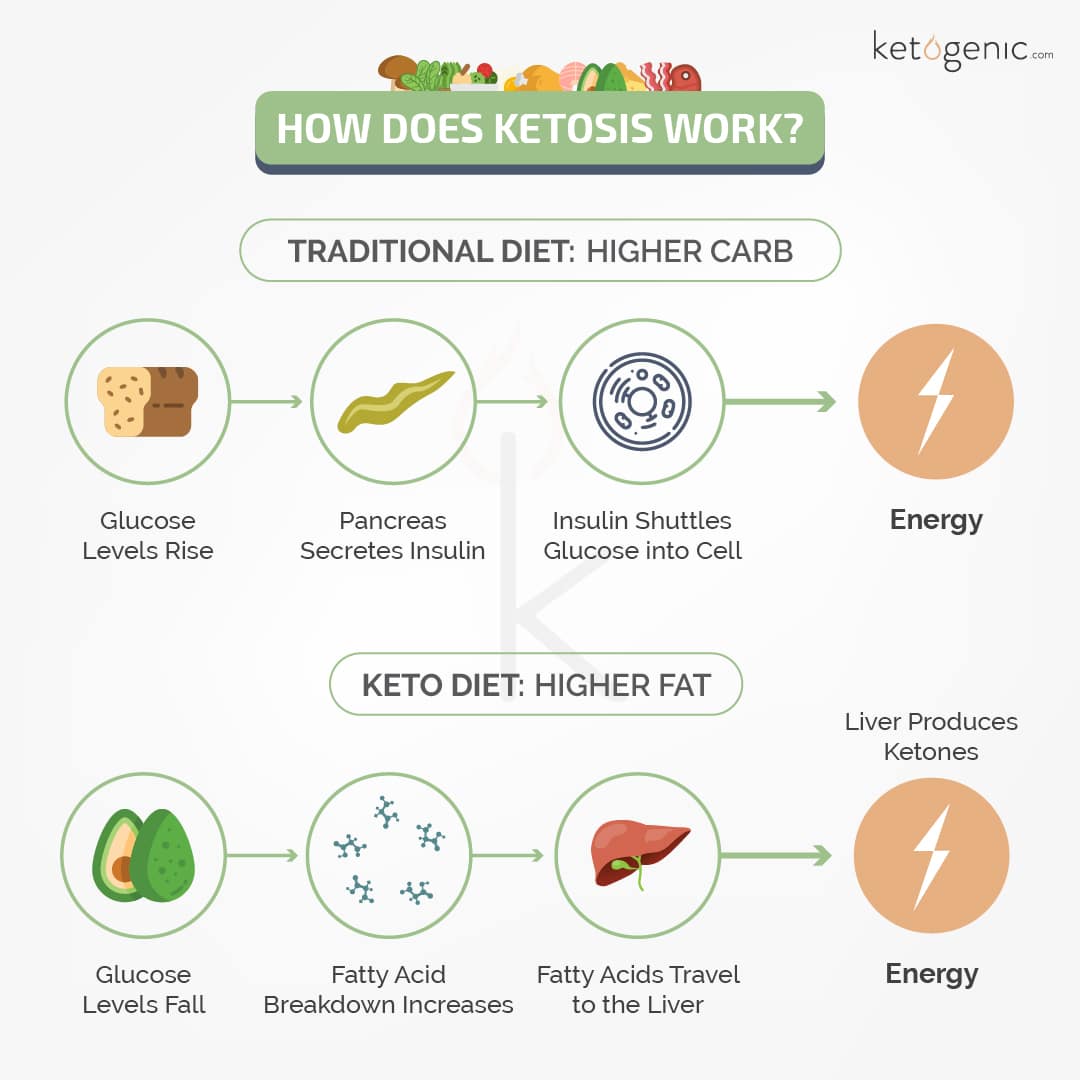 Ketosis is a metabolic state in which blood ketone concentration is elevated to 0.5mmol or greater compared to baseline levels of 0 or 0.1mmol.  This state is commonly accompanied by lower blood glucose, low insulin, and increased fat oxidation to some degree; these factors all play a major role in the number of ketones produced.  Ketosis can occur to varying degrees via fasting/starvation, nutritional manipulation, and diseased conditions.  Under conditions of fasting or starvation, glucose (typically our main energy source) availability becomes limited and our liver becomes depleted of glycogen which forces it to produce ketones in an attempt to find an alternative energy source. This occurs through the increased mobilization of fatty acids due to the actions of glucagon and hormone-sensitive lipase.  Followed by the oxidation of FFAs in the liver as well as the subsequent production of ketones in the liver. Nutritional ketosis is a subcategory of ketosis that includes carbohydrate-restricted ketosis, supplemental ketosis, and alcoholic ketosis. Diseased conditions, such as diabetes, can lead to the final form of ketosis (diabetic ketoacidosis).  is characterized by a much more drastic increase in ketones, but unlike other forms of ketosis, it is also accompanied by high blood glucose. 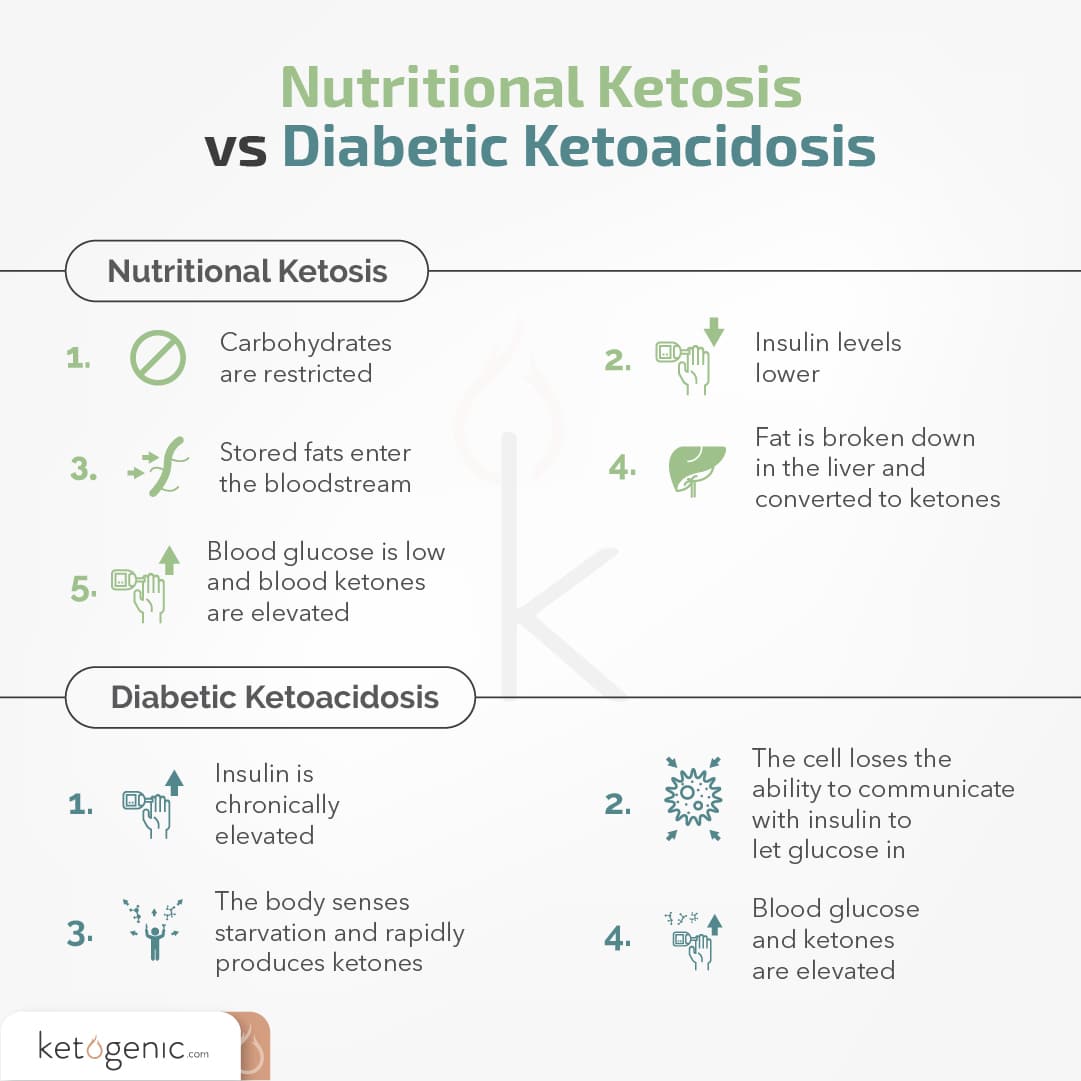 For a better understanding of each type of ketosis, check out our article, Are There Different Types of Ketosis? 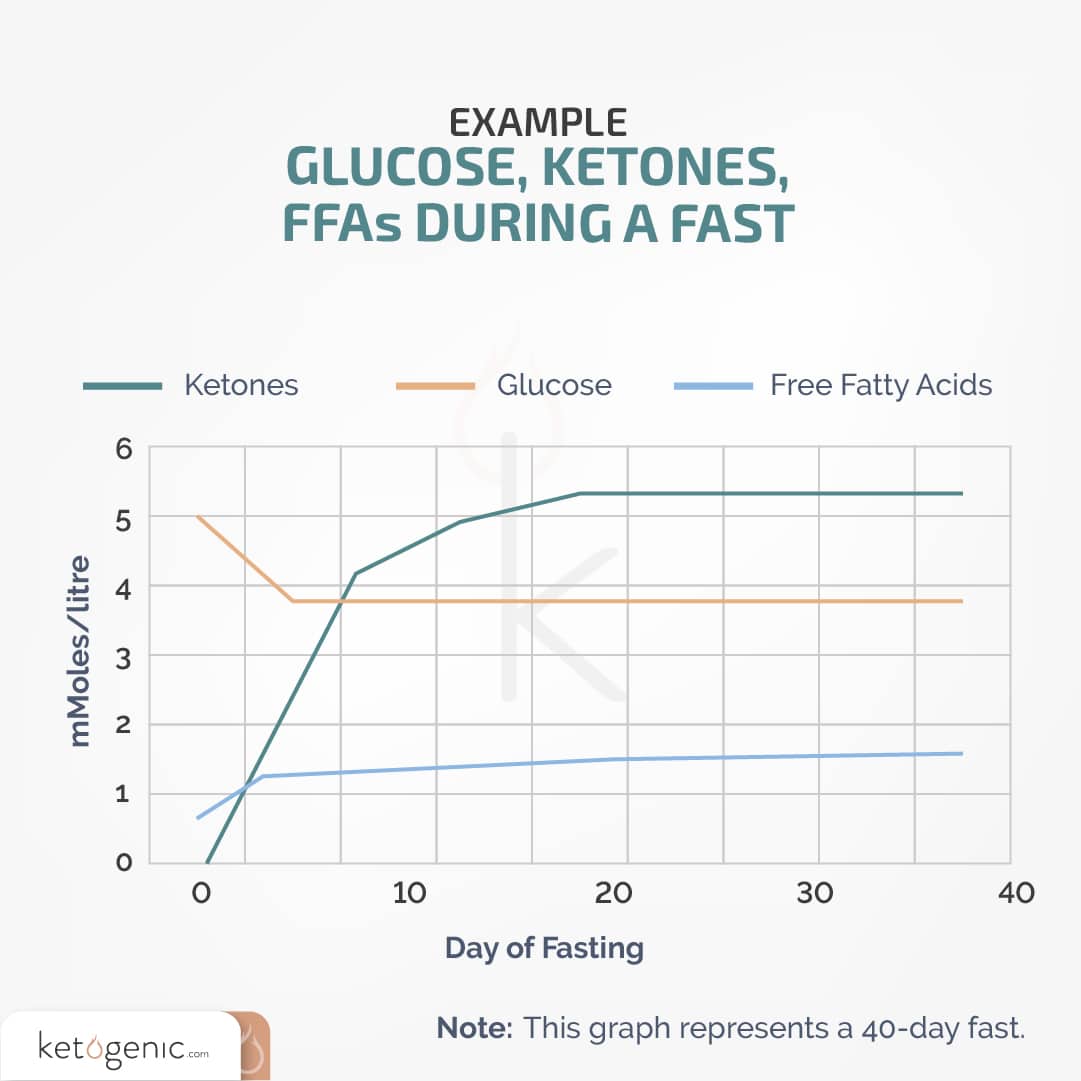 How are Ketones Used?

Ketones can provide energy to almost all cells of the body, with the exceptions like red blood cells, which can only metabolize glucose due to their lack of mitochondria.  The process by which ketones are used for the production of energy is referred to as ketolysis, and this occurs in the mitochondria of organs outside of the liver.    Ketones, once they reach target organs, are transported into the cells of those organs via monocarboxylate transporters or MCTs (not to be confused with medium-chain triglycerides).  MCT’s serve as the ketones version of the GLUT transporters needed for glucose transport.  Once inside the cell, ketones can be metabolized by various enzymes resulting in energy production.  If beta-hydroxybutyrate enters the cell then it has to be converted back to acetoacetate before it can be further metabolized to yield energy.  The heart, kidneys, central nervous system, and skeletal muscle have the highest activity of these enzymes, making them the primary locations for ketone metabolism [2].  It is important to note that the ability to utilize ketones effectively does take time and we refer to this period as “keto-adaptation.”   During this adaptation, our body must upregulate ketone transporters as well as the enzymes required to metabolize the ketones.  At the onset of ketosis, ketone clearance typically is equal to ketone synthesis [3].  As ketosis is maintained, organs such as skeletal muscle will preferentially utilize fat for energy thus sparing ketones and allowing ketone production to surpass ketone clearance [4].  Studies have indicated that brain uptake of ketones is directly proportional to the blood concentrations of ketones [5]; however, some data suggests that ketone uptake in the brain increases once blood ketone levels reach sufficient levels to meet the energy demand of the brain (4.0 mmol ) [6].  It has been demonstrated that ketone uptake is proportional to its production up until 12 mmol, after which oxidative capacity becomes saturated [5]. 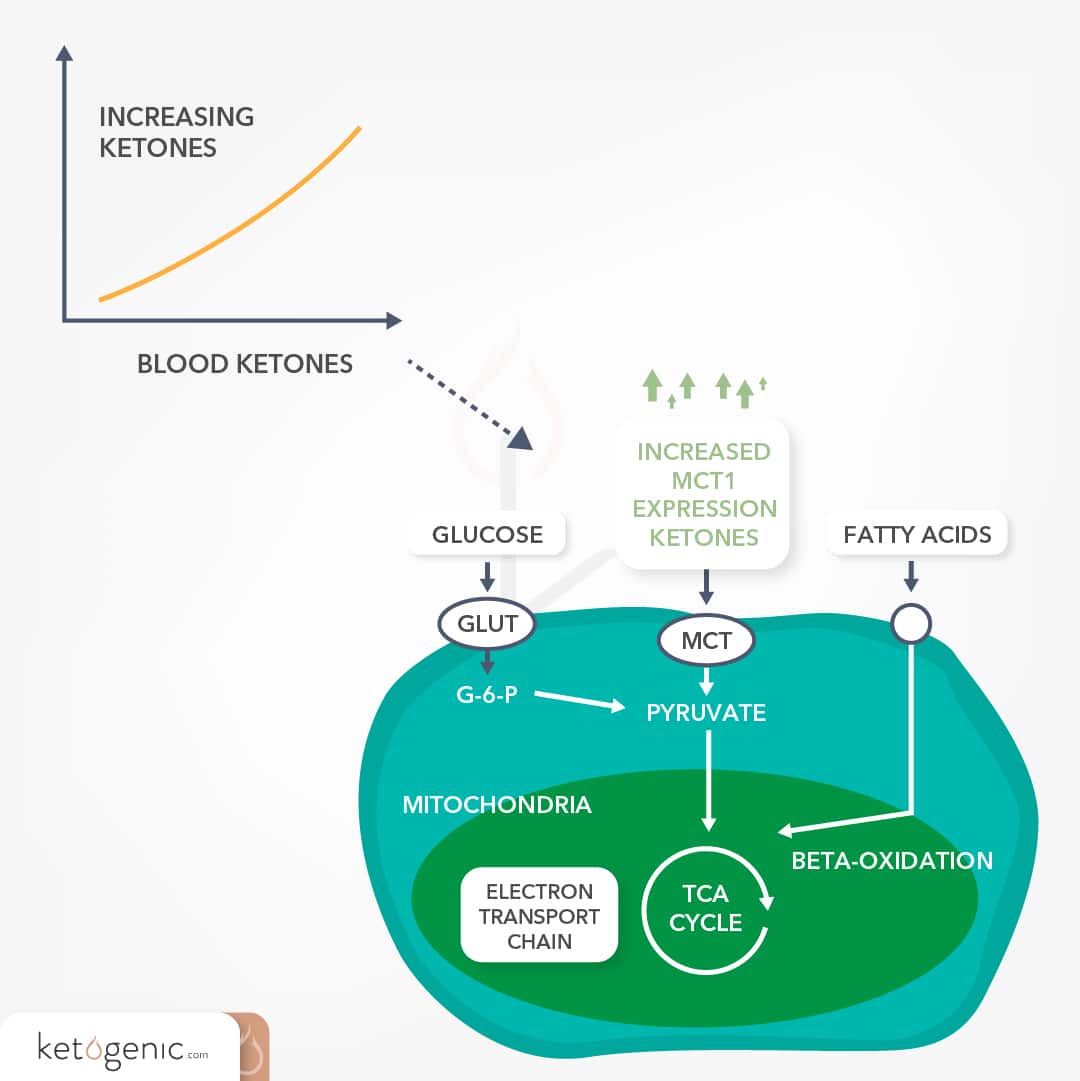 As can be seen from the explanation of ketone metabolism, the process of ketone production and utilization is rather complicated compared to glucose metabolism.  This is why it is often questioned why we still possess this unique physiological feature.  It is thought that we have retained this ability to produce and transition to an alternative fuel source because it is essential to our survival, especially during conditions of starvation.  Since ketone bodies are water-soluble they are not only easier to transport but also easier to metabolize, which is crucial during times of starvation or decreased fuel availability.  Additionally, the water solubility of ketones allows them to be utilized by the brain during these conditions which are essential since the brain is unable to utilize free fatty acids in the absence of glucose. In essence, this adaptation allows our body to maintain energy production during such conditions, especially in organs that have high energy demands such as the brain, heart, and skeletal muscle.

Being in a state of ketosis can provide an array of health benefits.  Besides the obvious of lowering and maintaining blood glucose levels, improved blood lipid profiles, decreased inflammation, and improved cognition are typical consequences of being in ketosis.  The state of ketosis has been demonstrated to be not only beneficial for weight loss [7], but also sports performance, epilepsy, Parkinson’s disease, Alzheimer’s disease, cardiovascular disease, various metabolic disorders, and even cancer [8]!

Laffel, L. (1999). Ketone bodies: a review of physiology, pathophysiology and application of monitoring to diabetes. Diabetes/metabolism research and reviews, 15(6), 412-426.