Why Are So Many People Going Gluten-Free? 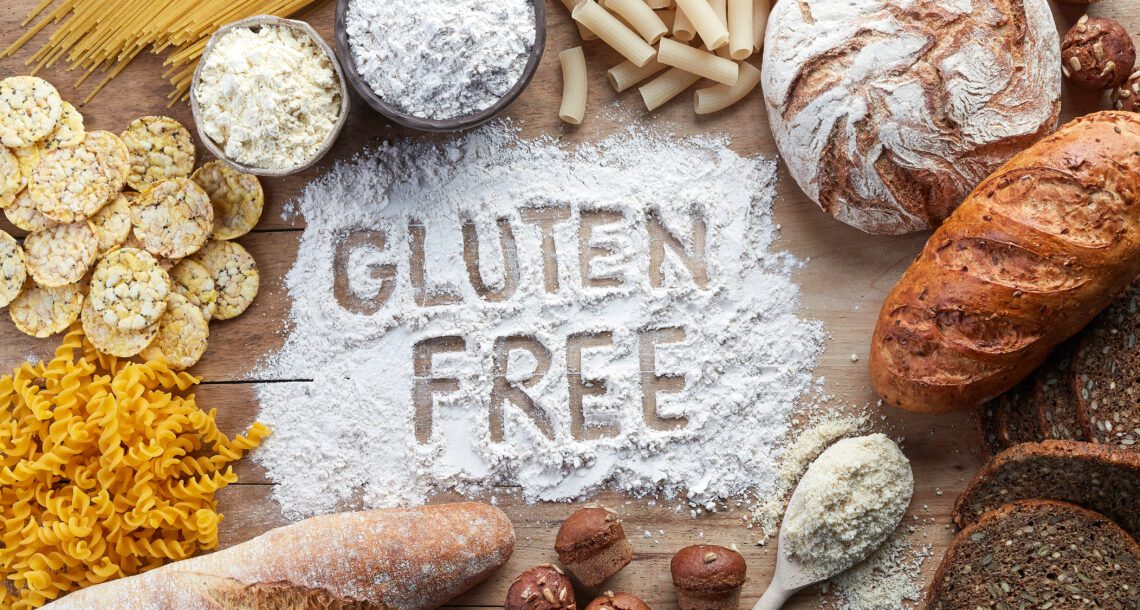 Gluten is discussed here, there, and everywhere. If you’re not going gluten-free, you probably know someone who is. Why is gluten harmful to some people? What’s the deal with gluten? Let’s delve into the details!

Gluten refers to many different types of proteins (prolamins) in barley, wheat, rye, and triticale.  The primarily prolamins in wheat are glutenin and gliadin, and the main prolamin in barley is hordein. [1]

Gluten proteins like glutenin have elastic properties, making them a preferred choice for baked goods. Some manufacturers add extra gluten to food products to increase the rise, strength, and shelf life.

Surprisingly, today Westerners on a modern diet consume around 5-20 grams of gluten per day. [2]

Protease enzymes in your digestive tract break down proteins. Gluten proteins are resistant to protease enzymes, so they aren’t digested properly, which can lead to larger molecules and units of amino acids crossing over through the intestinal walls and into the rest of your body. When these larger molecules cross through the intestinal walls into the body, it triggers immune responses that could be a causative factor in various gluten-related conditions, including Celiac disease.

What is a Wheat Allergy?

Wheat allergy is common in children and involves an abnormal immune response to certain proteins in wheat and wheat products.

After ingesting wheat or wheat flour, symptoms of a wheat allergy include nausea, skin reactions, and even life-threatening anaphylaxis–an allergic reaction resulting in a narrowing of the airways and breathing difficulty. Celiac disease and wheat allergy are different, but it’s possible for someone to have both conditions. Wheat allergies are often diagnosed by allergists using skin-prick or blood testing.

What is Celiac Disease?

Celiac disease is a serious inflammatory autoimmune condition caused by environmental and genetic factors. It’s estimated to impact around 1% of the global population. The prevalence of celiac disease is higher, around 2-5% in countries like Mexico, Finland, and areas of North Africa. [3] [4] [5]

Celiac disease can cause other symptoms like anemia, dermatitis, and neurological problems. The condition is typically diagnosed by intestinal biopsy or blood testing for specific antibodies or genotypes. People with celiac disease should avoid gluten at all times. [7]

What is Non-Celiac Gluten Sensitivity?

If someone without a wheat allergy or celiac disease consumes gluten and experiences symptoms like headache, joint pain, and fatigue, they might be diagnosed with non-celiac gluten sensitivity (NCGS). [8]

The doctor typically first rules out wheat allergy and celiac disease to diagnose NCGS since the symptoms overlap. People with NCGS report significant symptom improvement when following a gluten-free diet.

Celiac disease is actually more prevalent in those with other autoimmune conditions. [9]

Autoimmune diseases share common immune pathways and genes with celiac disease. Molecular mimicry is one of the ways gluten could exacerbate autoimmune conditions. With molecular mimicry, certain molecules found in foods are similar in molecular structure to your body’s own antigens. When you eat the food, your body invokes an immune response to the food and your own antigens. In other words, your body produces antibodies that react with both the ingested antigen (the molecules in the food) and your body’s own tissues. [11] [12]

IBS and Other Health Conditions

Gluten has also been associated with other conditions like ulcerative colitis, Crohn’s disease, and irritable bowel syndrome (IBS). [13]

In people with IBS and IBD, gluten has been found to change the gut bacteria and increase intestinal permeability (loss of integrity of the junctions in the intestinal lining). [14]

Gluten-free diets can benefit people with other conditions, such as fibromyalgia, schizophrenia, and endometriosis.

Some researchers and health professionals advocate a more ancestral eating approach and believe human digestive systems haven’t evolved to digest the amount or type of grain proteins common in today’s modern diets. They also point to the possible detrimental consequences and overuse of agricultural pesticides.

It could be a bit more complicated than just gluten. Studies show other molecules in wheat could be a problem and worsen or trigger non-celiac gluten sensitivity (NCGS), such as FODMAPs (BLA), wheat germ agglutinins, and amylase trypsin inhibitors. Research on gluten and overall health is fascinating and ongoing. [15]

More and more people are going gluten-free for lots of reasons. Some people have celiac disease, so it’s a necessity, and others just claim they feel better and experience less joint pain and fatigue when ditching gluten. Others have an autoimmune disease and follow a specific therapeutic gluten-free protocol.

You won’t know how you feel going gluten-free until you try, so it might be worth a shot, particularly if you’re dealing with a health problem. Check out our user-friendly beginner’s guide to gluten-free keto! It’s always best to visit your doctor or healthcare practitioner before changing your diet.

Thankfully, it’s getting progressively easier to go gluten-free and more options and products are commercially available on the market than ever before.