Benefits of MCTs on The Ketogenic Diet 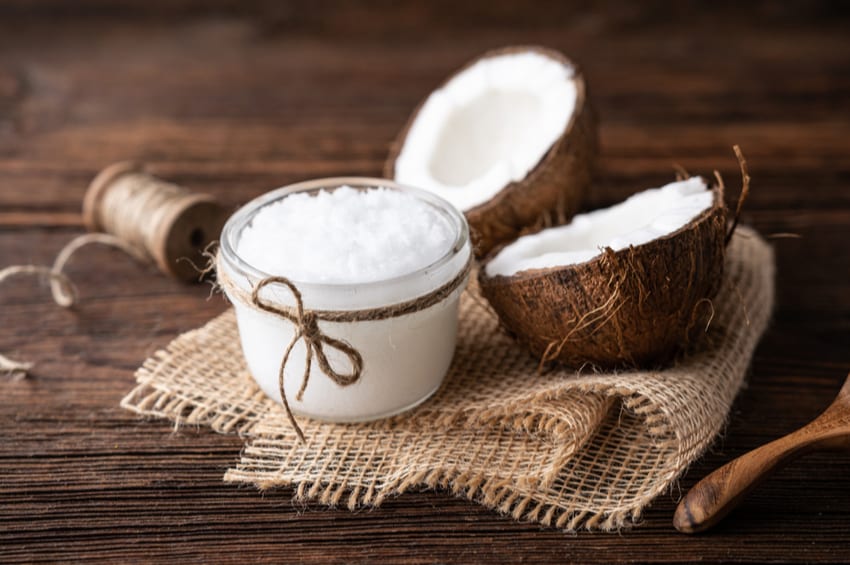 If you have heard of the ketogenic diet then you have likely heard of MCTs or Medium Chain Triglycerides, a type of saturated fat found within coconut oil. MCT fats are easily digested and sent directly to your liver and used as fuel within the body’s cells rapidly. There are far-reaching benefits of MCTS, from being anti-oxidants to supporting gut function.

These fatty acids are incredibly valuable assets to be included within your ketogenic diet and you can continue reading to see just why.

MCT oil is known to have supreme satiety effects and it has been seen to have positive effects of fat burning in a 2001 study (1).

MCT oils help the body to produce ketones through enhanced thermogenesis allowing these fats to be utilized quickly for energy rather than being stored. When placed strategically within a ketogenic diet MCTs can suppress appetite and reduce energy intake causing weight loss (2).

In addition, fat oxidation is elevated when ketones are present within the body meaning that more body fat can be utilized as energy (3).

Cognitive enhancement is an expanding field of research with regard to MCTs. One such study found that aged dogs supplemented with MCTs performed markedly better in tests compared to the control group supporting the hypothesis that brain function can be enhanced by supplying the brain with ketones through MCTs (4).

In a human randomized controlled trial, patients with Alzheimer’s found a significant increase in results on a cognitive test compared to the control group especially when they had the genetics to be dosage compliant (5). The ketogenic diet and neurodegenerative conditions is an ever-advancing field and it is looking to have promising results thus far.

With rising knowledge around antibiotic resistance and the new media run on this topic, it will be hot news to know that MCTs in particular C8, are effective against certain types of bacteria. Research has shown MCTs to be more effective than a drug called Diflucan to treat Candida albicans and Helicobacter pylori at optimal doses. MCTs are known to reduce ‘bad bacteria without harming ‘good bacteria’ within the intestines. This can lead to a more healthy gut bacteria population. 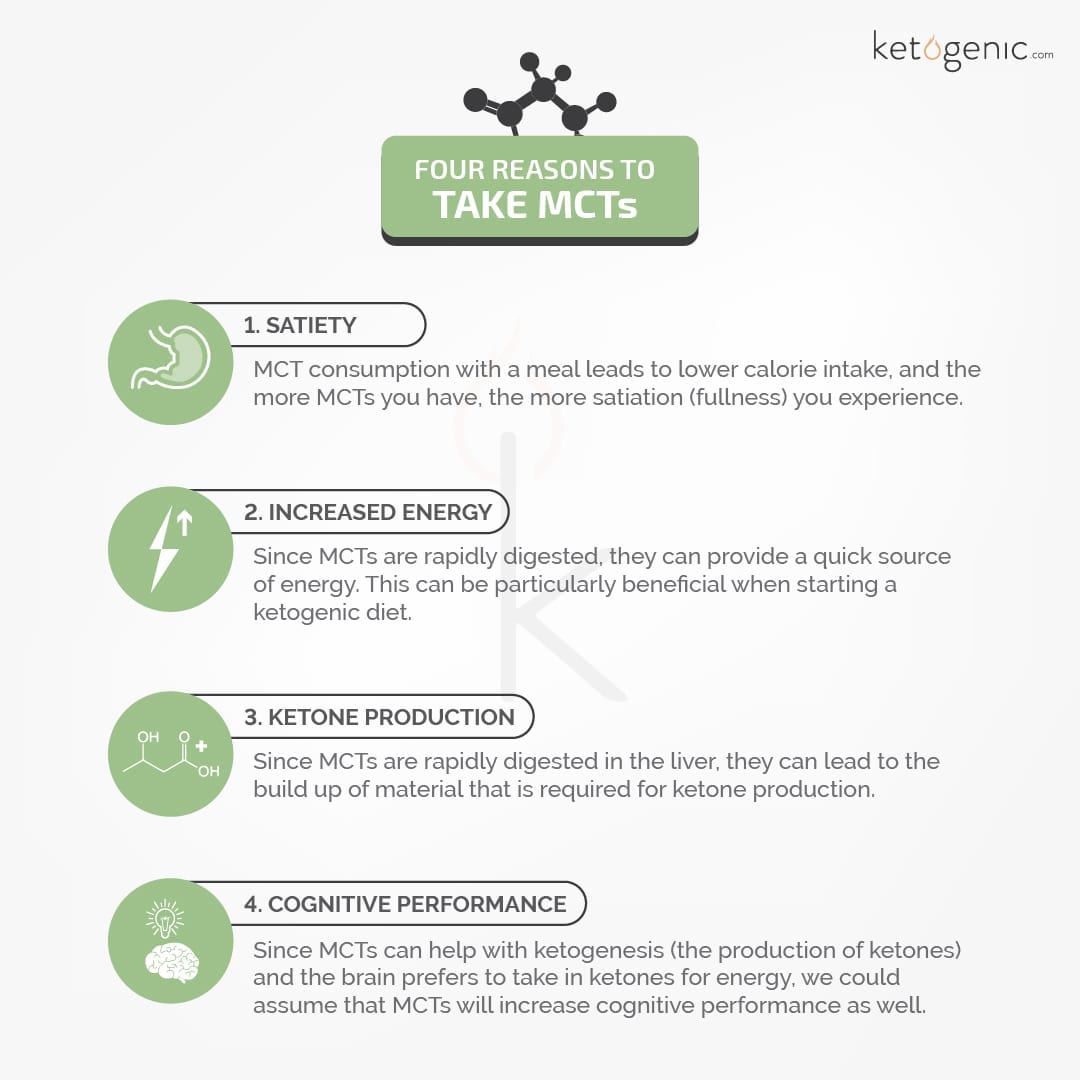 Concluding Thoughts On The Benefits of MCTS

Medium Chain Triglycerides are laden with health benefits due to their ability to enhance thermogenesis and ketones as well as reducing inflammation and oxidative stress throughout the body.

The above three benefits are just a drop in the ocean where MCTs are concerned and this is an area of research that is continuing to prove itself ever more interesting. A word of warning before you go crazy with MCT oil, it can have a laxative effect in some individuals – it is wise to start slow and test your tolerance as you go.