Keto and MS: How Diet Can Affect Multiple Sclerosis 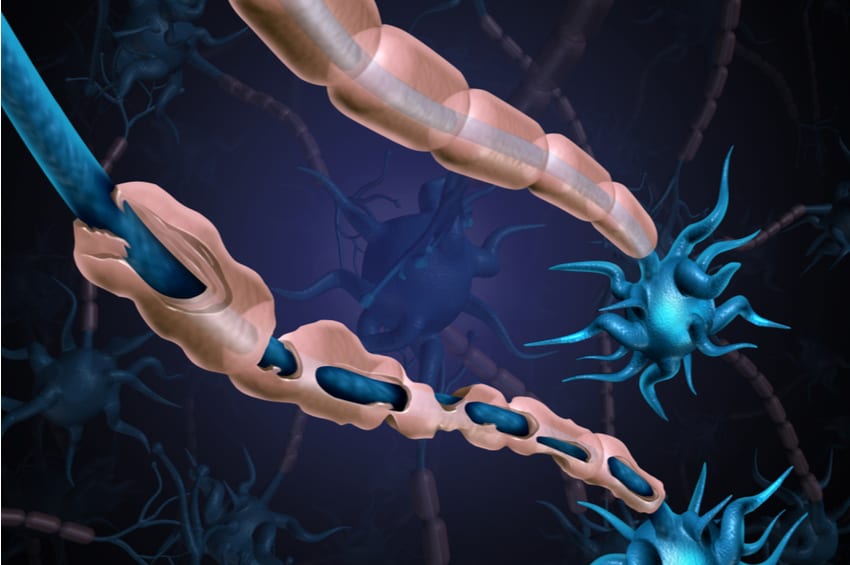 The Ketogenic Diet (KD) has been used as a treatment option for refractory epilepsy since the 1920s. In the past few years, there has been an increase in research looking at other applications of this dietary approach. There is mounting evidence to show the therapeutic potential of the ketogenic diet in the management of Alzheimer’s Disease (AD), Parkinson’s Disease (PD), a myotrophic lateral sclerosis and certain types of cancers (1,2). Most recently, the use of a keto diet as a therapeutic treatment option for progressive Multiple Sclerosis (MS) has been brought into the light (3).

What is Multiple Sclerosis?

MS is a chronic inflammatory disease of the Central Nervous System (CNS) resulting in neurodegeneration that affects over 2 million people worldwide. MS disrupts the flow of information being transmitted in the brain and between the brain and the rest of the body. The exact reasons for the development of MS are still not fully understood, although it is thought to be triggered by one or more environmental factors in genetically susceptible people and seems to affect more women than men.

People with the disease tend to exhibit one of four disease courses with symptoms ranging from mild to severe. Because MS has traditionally been viewed as an immune-mediated inflammatory disease, the majority of the Disease Modifying Treatments (DMTs) is predominantly based on immunosuppressive medications. While this has been proven to be effective in people with relapsing forms of MS, the treatments are not always effective for progressive forms. 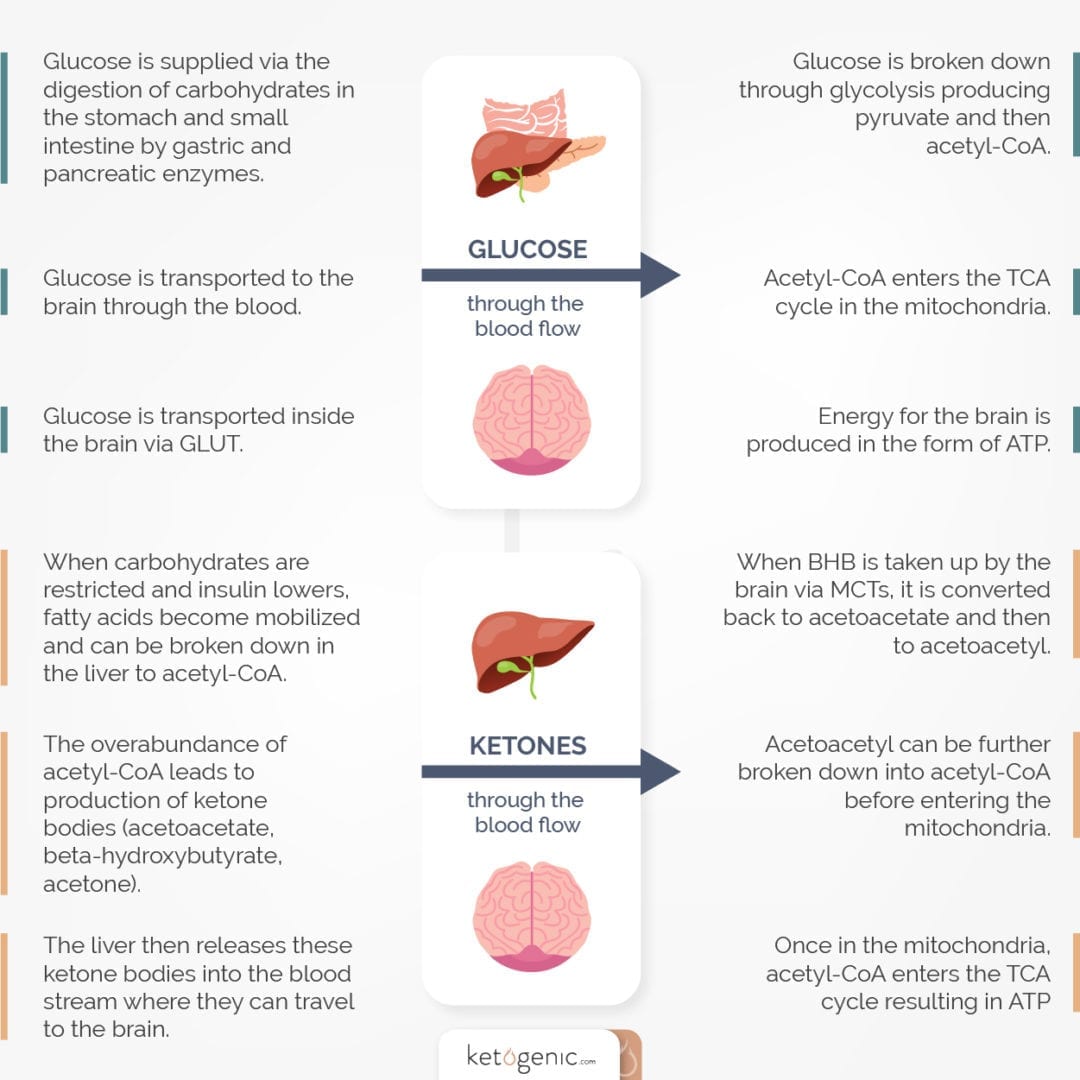 As seen in AD and Parkinson’s disease, the presence of glucose hypo-metabolism (decreased metabolism) is a possible causative factor in the neurodegeneration process that underlies progressive MS (3). Glucose hypo-metabolism occurs when the brain is no longer able to use glucose as its main energy source.

This phenomenon has been evident in the brain of AD patients for many years but was always thought of as a consequence of the disorder – not a cause. New and emerging research (4) shows this may not be the case. The same may be true for patients with MS.

Although it is often stated that the brain can only use glucose as its energy source, this is factually incorrect. In fact, the brain can use two different types of fuel; one being glucose and the other being ketone bodies. If a major reason for the progression of MS is glucose hypo-metabolism, then boosting the energy supply through an alternative such as ketone bodies could suggest a potential therapeutic advantage. 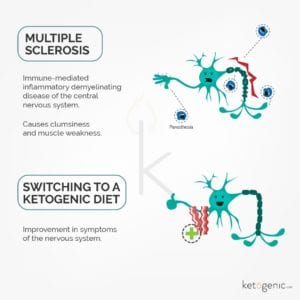 Ketogenesis generally occurs in the mitochondria of liver cells and results in the production of the ketone bodies such as beta-hydroxybutyrate and acetoacetate. This metabolic state of ketosis is safe and should not be mistaken for diabetic ketoacidosis, which is characterized by circulating ketone bodies elevated to 20mmol/L or greater (compared to 8mmol/L in non-diabetic states of ketosis) and results in acidosis.

Following ketogenesis, ketone bodies can then cross the protective blood-brain barrier to be utilized very efficiently for fuel by brain cells.

At present, there are few studies that have looked at the direct effects of ketone bodies or the ketogenic diet in MS. One study demonstrated improvements in memory dysfunction and motor impairment in a specific MS animal model (5), as well as decreasing inflammation within the brain.

More recently, a different study examined the implementation of a KD in conjunction with fasting in humans with relapsing, remitting MS (6). These researchers found that these dietary approaches improved quality of life and decreased fatigue, one of the most reported debilitating symptoms of MS.

There is limited research on keto and MS, so we cannot conclude that the KD is a viable therapeutic treatment over and above alternative options. However, that being said, it is quite clear that there does exist the great potential for new research to delve further into this topic.

The KD and ketone bodies themselves have been shown to be safe and effective in other neurological disorders. Given the lack of available treatments for the progressive symptoms associated with MS and the relatively safe option of a keto diet, exploring the use of this diet does deserve further investigation within MS.

Key Takeaways on Keto and MS

5.    Kim et al. 2012. Inflammation-Mediated memory Dysfunction and Effects of a Ketogenic Diet in a Murine Model of Multiple Sclerosis. PLoS One, 7(5)