What You Need to Know About the MTHFR Gene Mutation

At first glance, MTHFR might look like an abbreviation for a curse word, but there’s a little more to it than that. MTHFR refers to a genetic mutation that might lead to high blood levels of homocysteine and low levels of folate and other vitamins. Certain health issues have been associated with MTHFR gene mutations, and testing has become more widespread in recent years. Let’s discuss MTHFR mutations, variations, the potential health risks, and beyond.

What are the Variations of the MTHFR Gene?

The MTHFR gene instructs your body to create an enzyme involved in breaking down homocysteine — an amino acid.

You inherit genetic mutations from your parents. During conception, each parent passes down one copy of the MTHFR gene. If both parents have mutations, there’s a higher risk of the baby having a homozygous mutation.

You can have one or two mutations on the MTHFR gene or neither mutations. The terms mutations and variants are often used interchangeably. A variant is a part of the DNA that varies or is different from person to person.

If you have one variant (heterozygous), it’s less likely to cause or exacerbate health problems, but if you have two mutations (homozygous), many people believe this could lead to more serious problems [1].

The two variants or mutations that can occur on the MTHFR gene are:

C677T refers to the position of a gene. Around 30-40% of the U.S. population might have a mutation at C677T. 10-15% of people of Caucasian descent and around 25% of people of Hispanic descent are homozygous for this variant [2].

The MTHFR gene hinders the way the body processes folic acid and B vitamins. Folic acid is the man-made version of the natural nutrient folate that’s added to many fortified, processed, and packaged foods. Folate is found in foods like leafy greens, liver, and eggs. People with MTHFR can’t properly metabolize this man-made folic acid.

Having a methylation issue can also impair the body’s detoxification of various substances, such as heavy metals.

What are the Symptoms of a MTHFR Gene Mutation?

Symptoms vary depending on the variant and the person. Research around the effects of MTHFR is unfolding and fairly recent.

Conditions reported to be linked to MTHFR include:

Studies show women with two C677T variants have a heightened risk of having a child with a neural tube defect [4].

Unless you have health problems and undergo testing, you may never know about your MTHFR gene mutation status.

You might decide to speak to your doctor about testing for certain reasons, for example, if you’ve had several unexplained miscarriages, a child with a neural tube defect, or other chronic health problems or symptoms like pain and fatigue.

You might just be curious to find out your MTHFR status, and you might consider discussing the pros and cons of testing with your doctor. Genetic testing might not be covered by insurance.

MTHFR testing typically involves swabbing DNA from the inside of your cheeks and depositing saliva into a tube to send via mail to a lab.

What Are the Treatments for the MTHFR Mutation? 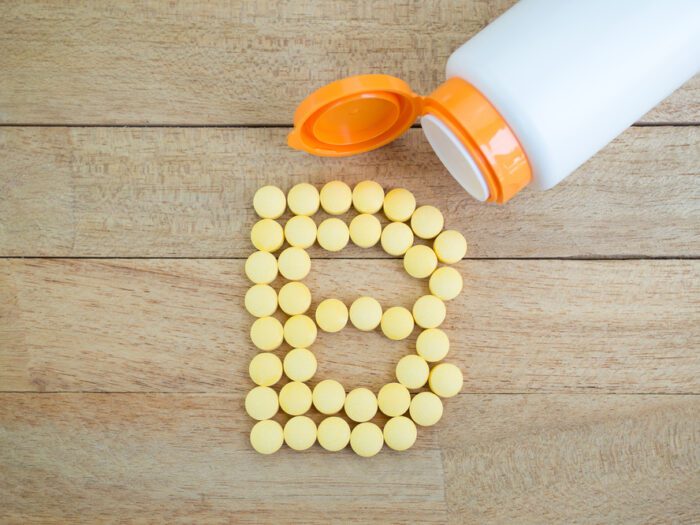 Just because you have an MTHFR variant doesn’t mean you need medical treatment. Lots of people have MTHFR, don’t know about it, and don’t run into any problems.

Sometimes a simple B vitamin supplement will suffice. Your doctor might suggest specific supplementation and treatments for MTHFR if you’ve been diagnosed with high homocysteine levels, a confirmed MTHFR gene mutation, and vitamin deficiencies in choline, folate, riboflavin, or vitamins B-12 or B6.

Your doctor will also likely rule out other possible causes of increased homocysteine, such as hypothyroidism and medications like methotrexate.

If you have other health conditions along with an MTHFR variant, your doctor might suggest supplementation to address deficiencies. Some health practitioners recommend extra folate supplementation for pregnant women with MTHFR, while others believe the standard supplementation is sufficient.

Because people with MTHFR can’t properly metabolize this man-made folic acid, taking the bioavailable form of the natural folate (methylated folate) could help your body better absorb the nutrient.

The man-made folic acid is added to lots of commercially available processed and packaged foods like fortified bread and cereal. Over time, some health experts believe people with MTHFR run into problems if they eat too many processed foods containing the synthetic version of folate. Many health experts are recommending that people with MTHFR mutations avoid or limit foods containing the synthetic form of folate (folic acid). Still, more evidence is needed to determine if this is beneficial or necessary. Check the labels to make sure because folic acid is added to lots of enriched grain products like cereals, bread, pasta, and commercially produced flours. Lots of these foods and flours are too high in carbs and off-limits on a healthy ketogenic diet anyways!

You could consume folate-rich foods to help maintain balance, such as:

Some people require supplementation in addition to diet.

People with MTHFR might choose to take preventive action to lower their homocysteine levels, such as:

Living with a MTHFR Mutation

Having an MTHFR variant doesn’t mean it will cause health problems, and more research is necessary to determine the true impact of these gene mutations.

Problems with MTHFR include high homocysteine levels and deficiencies of folate and B vitamins. MTHFR gene mutations alone are rarely the cause of especially high homocysteine levels, and other factors are typically at play. MTHFR might be associated with conditions like stroke, migraines, colon cancer, fatigue, pain, depression, and anxiety. People with MTHFR mutations might run into issues with detoxification.

It’s a good idea to speak to your doctor about your concerns and the benefits and risks of testing and before changing any supplements or vitamins because they could interfere with other treatments or medications.

Some people decide to supplement the natural and bioavailable form of folate. As always, you can support your overall wellness with healthy lifestyle habits like exercise, diet, and not smoking. You can also eat folate-rich foods like beef liver and spinach, and you might choose to avoid, or limit processed foods containing the synthetic folic acid.