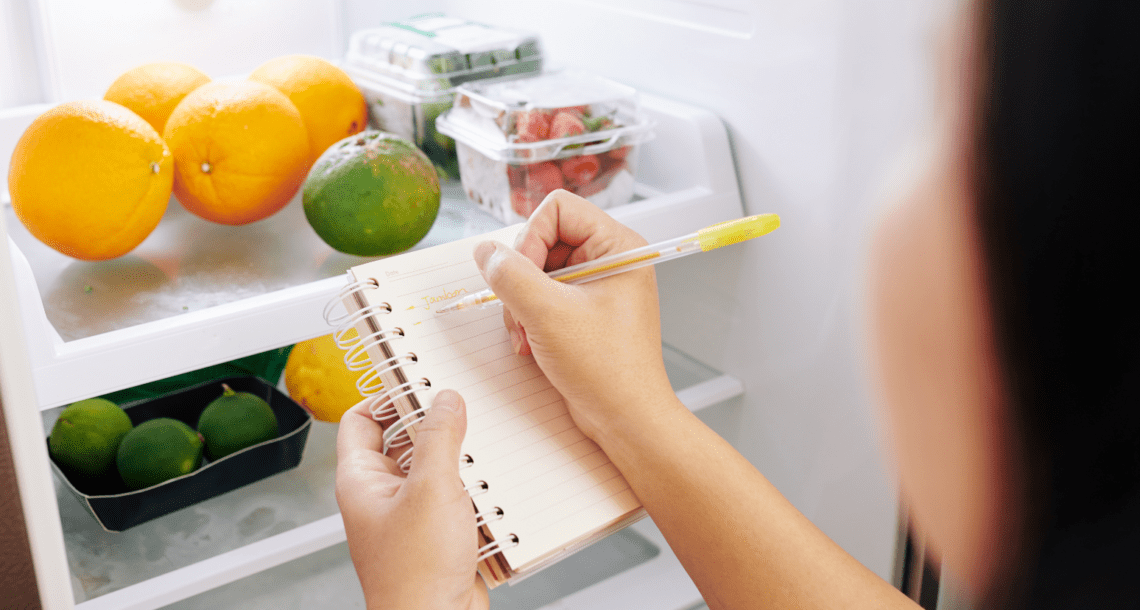 As a beginner making dietary changes, you don’t want to feel overwhelmed and left wondering how to shop or what to eat next. And you shouldn’t have to wander aimlessly around the grocery store deliberating about what you can and can’t eat. But we know that keto can be confusing, especially if you’ve never stopped to think about how many carbohydrates are in common foods. It’s easy to get the hang of shopping for the keto diet, but it takes a little practice (and a good keto grocery list). To get you started and save you time and hassle, here’s a beginner keto diet food list.

Because you’re dropping your intake of carbohydrates, starches, and sugars down low, you’ll want to avoid carb-heavy foods like processed grain and wheat flour products, including:

Refined grains like wheat and corn turn largely to sugar in your blood, which could risk ketosis. Choose keto bread and keto cake instead! Grain-based flours aren’t keto-compliant, but there are alternative ingredients like psyllium husk, coconut flour, and almond flour.

Outside of black beans and green beans that can be eaten in moderation on keto, beans aren’t an acceptable keto food because they’re too high in carbs. This includes commonly eaten beans like pinto and kidney beans.

Starchy vegetables like potatoes and yams should be switched out for low-carb veggies like bok choy, asparagus, and leafy greens. This means traditional mashed potatoes are off the menu, but you can enjoy cauliflower mash or low-carb mashed turnips. With the right seasonings, flavors, and cooking style, you won’t believe it’s not your carb-rich favorite. 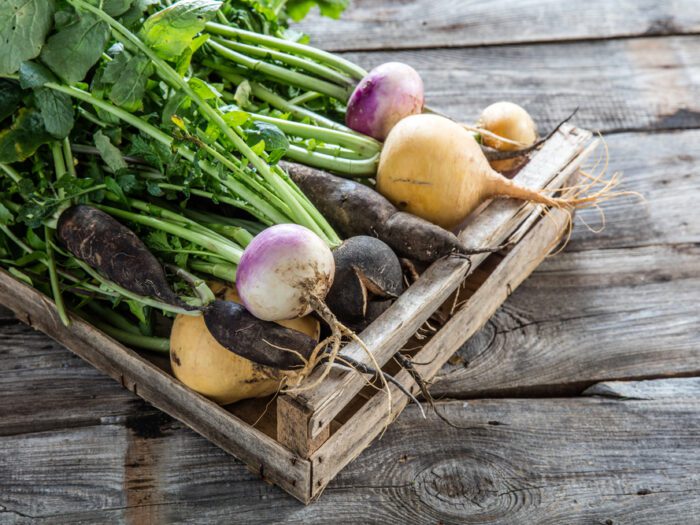 You’ll also need to ditch any obvious sugar sources like sugary beverages and candy bars. Be wary of the many places sugar can show up, from added sugars and corn syrup in salad dressings to sugar-glazed deli ham!

Fruit is nature’s candy, but most fruits are too high in sugar to be consumed on keto. You’ll need to steer clear of sugary fruits like pineapple and mango and choose from keto-approved fruits like berries. The beloved vibrant red tomato is actually categorized as a fruit, and it’s also keto-approved!

Keto-Friendly Foods to Include on Your Keto Food List

Just because you can’t have wonderbread and a sugary soda or a traditional baked potato and fries doesn’t mean there aren’t plenty of delicious and nutritious foods to enjoy on keto.

Following a ketogenic diet consists of moderate protein and high-fat consumption. Most meats are satiating and close to zero carbs, so they’re a great choice on keto. For quality, health, and ethical reasons, lots of people choose grass-fed, non-GMO, and organic meats when available and affordable.

Fattier cuts of meat like beef ribeye steaks and chicken thighs can also help you reach your desired fat intake and keep you feeling fuller for longer. Make your keto diet more interesting with different types of meat like venison and bison. Even adding butter to your morning coffee can keep you full and help you hit your macros.

Focus on healthy natural whole food sources of protein and fat like:

Cooking with Fats and Oils

Rather than cooking with canola oil, most keto dieters opt for healthier and more natural cooking oils and fats like butter, lard, tallow, coconut oil, and olive oil for lower temperatures and sautéing.

Roasting your veggies in coconut oil or butter or cooking chicken in the crockpot and consuming the fatty broth are just some of the many ways to add more fats to your keto diet. 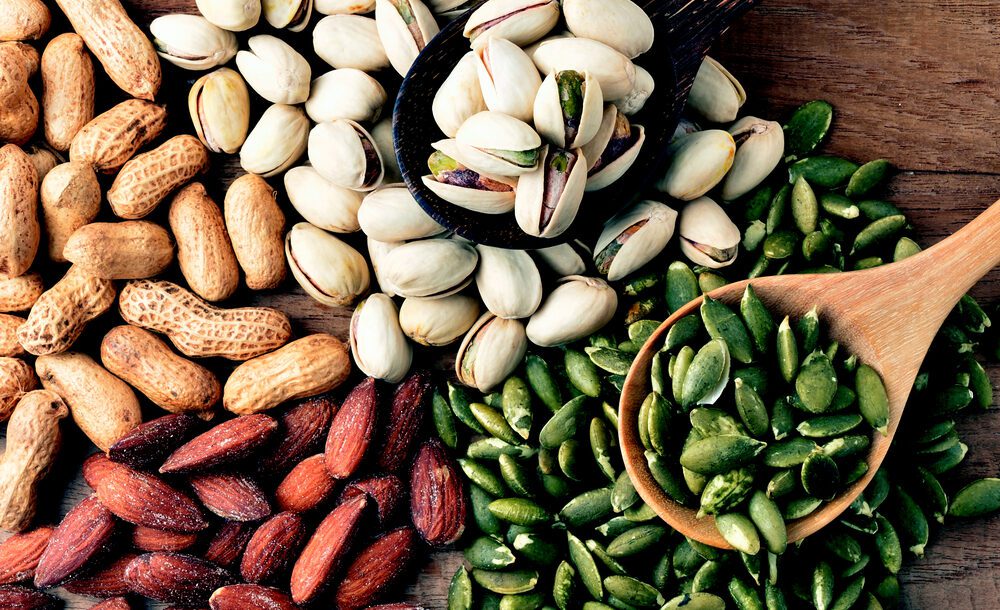 Nuts and seeds don’t just make tasty, crunchy snacks; they can also be transformed into milk and flour to make some of your favorite recipes! You don’t want to go too nuts with nuts or seeds, as they do contain some carbohydrates, but in moderation, nuts and seeds are a keto-friendly choice. Try this keto granola featuring almonds, walnuts, and pistachios.

When it comes to veggies, you’ll want to avoid starchier veggies like yams and sweet potatoes and include low-carb veggies, such as:

Tomatoes, avocados, and green beans are also welcome on your keto dinner table.

When it comes to other veggies, like beets and rutabaga, these can be consumed in smaller amounts by some keto dieters, and others will completely avoid them. Remember, beans, corn, grains, and potatoes aren’t good keto options.

Unless you’re a carnivore, you might be wondering about fruit. Fruit is certainly limited on keto, but, in moderation, you can enjoy lower carb fruits like:

Some fruits are more debatable. Take kiwi as an example. One medium kiwifruit has around 8.8 grams of net carbs, which is higher in carbs than traditionally keto-friendly fruits; however, if you’re really craving it, just one kiwi shouldn’t be enough to disrupt ketosis. Be mindful of your net carb count for the day. Some people on keto eat up to 50 grams of carbs daily. One-quarter of a grapefruit has around 4 grams of net carbs, so it’s possible to include some fruits as long as it’s in moderation and fits within your daily carb count [1,2].

Most other fruits, such as oranges, grapes, mangos, and pineapples, aren’t suitable. Dried fruits, most fruit smoothies, fruit juices, and fruit syrups are also off the menu.

Tip: White-fleshed fruit like apples, bananas, and pears are typically higher in carbs and should be avoided on a low-carb diet. That being said, one or two slices of an apple probably aren’t enough to kick you out of ketosis, but it depends on your goals, preferences, and individual metabolism.

Of course, you know sugar and honey and sugary syrups are off-limits. Artificial sweeteners like sucralose (found in Splenda® products) are believed to have little to no effects on blood sugar and insulin levels, but this can depend on the person and how often they consume them. Some studies have associated the consumption of these diet sodas and artificial sweeteners with a greater risk of type 2 diabetes and metabolic syndrome. 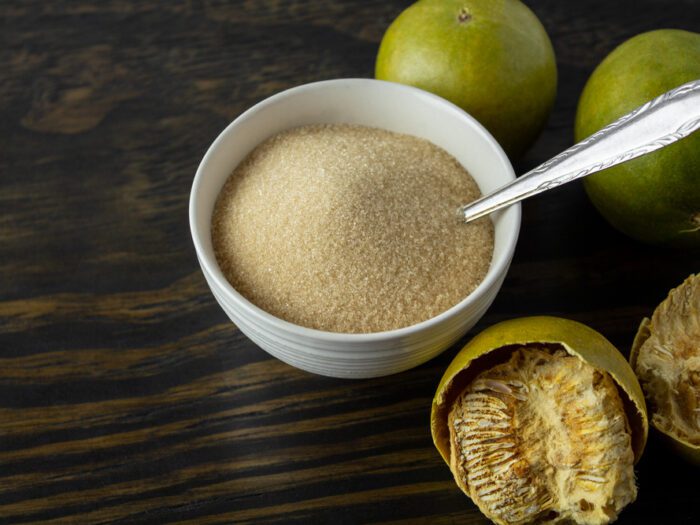 If you’re ever unsure about how a product impacts your blood sugar or ketones, it’s always best to check by testing your glucose or ketone levels.

To make sure you have the ingredients you need to make your favorite keto meals, stock up on keto pantry staples, such as:

Are there any other staple foods that you rely on to stay in ketosis? Let us know in the comments!